Last November, GM Authority exclusively reported that GM is working on an all-new compact Buick crossover. Based on the same E2 platform as the Cadillac XT4 and assigned program code E2UB, the future Buick crossover in question will bring the 2018 Buick Enspire concept to life. And today, we have the very first spy pictures of the vehicle.

The Buick Enspire prototypes are wearing tight-fitting body wrap rather than black cladding, telling us that the model is reaching the latter part of the development process. The camouflage makes it rather difficult to see exactly what’s going on under the camo, but the overall proportions are very similar to those of the Cadillac XT4. 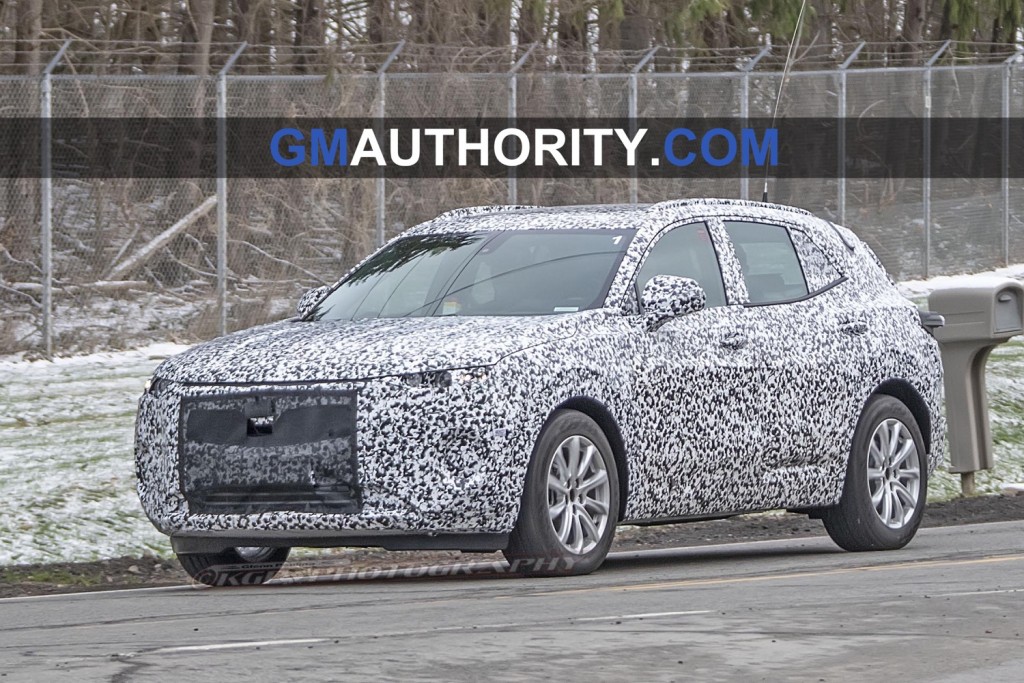 The front grille seems to show the outline of the round Buick Tri-Shield logo with “wings” extending from either side of the badge. There are also rather strange cutouts in the lower portion of the front bumper cover that could be carry-overs from the XT4’s signature front vertical lighting elements. 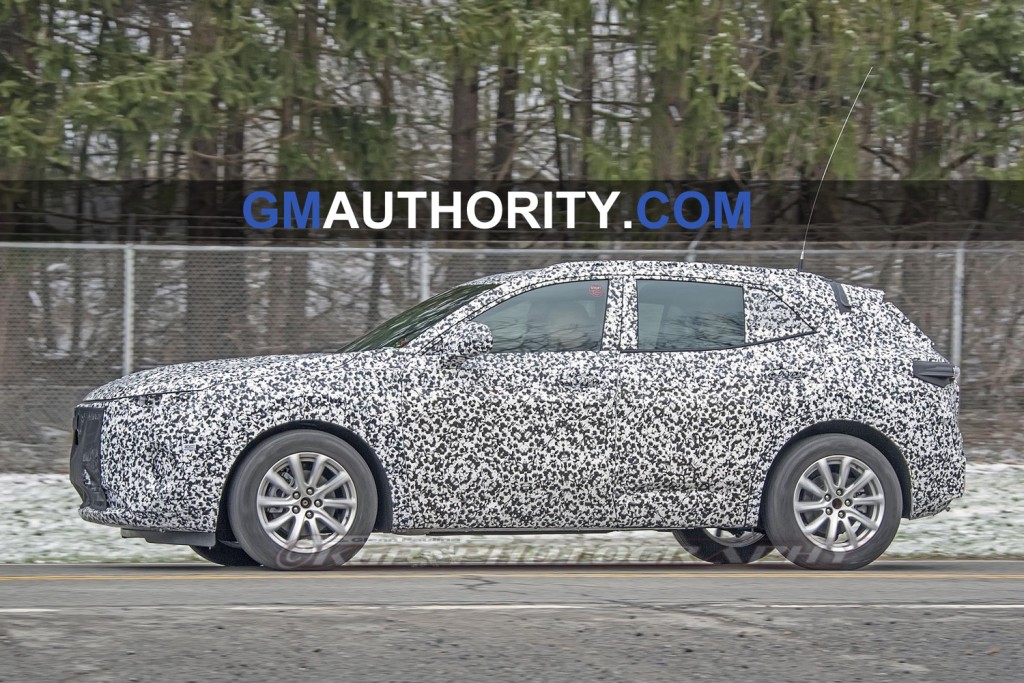 The side profile shows a rather long overhang, along with pedestal-style mirrors. Also take note of the window trim, which begins to slope upward aft of the B-pillar. There are also a few character lines on the doors that run the entire length of the vehicle. Both sets of wheels seen on these Buick Enspire testers are straight off the Cadillac XT4. 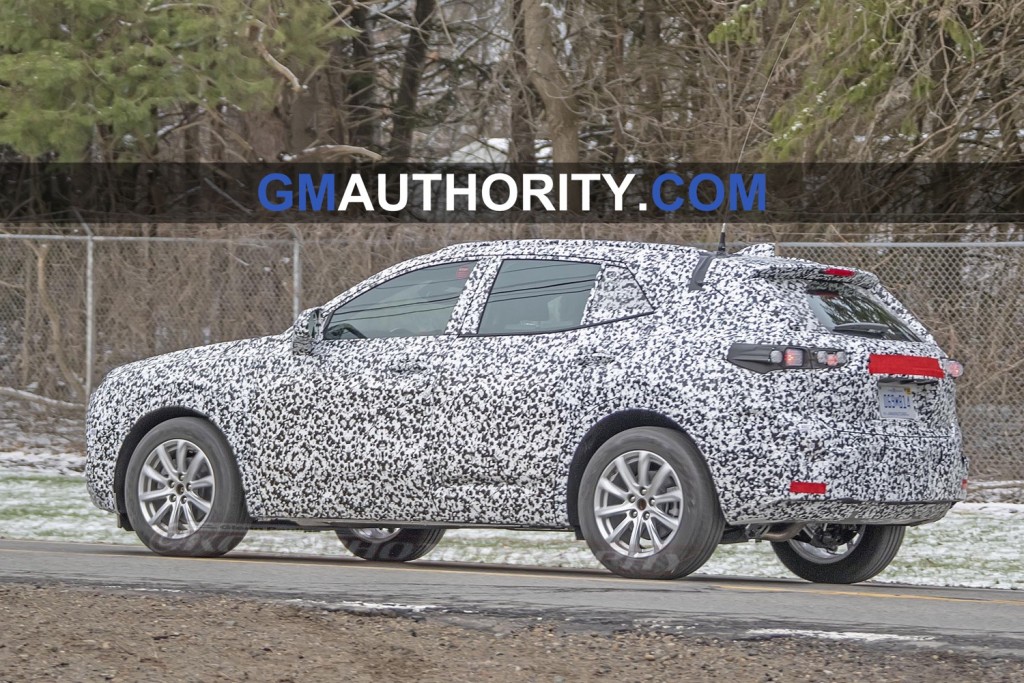 Out back, there is a roof-mounted spoiler and a bumper cover treatment that sits almost flush with the hatch, which takes on a rather traditional form. Also take note of the exposed rear windshield wiper (the XT4 features a hidden wiper beneath the roof-mounted spoiler) and the tucked-under dual exhaust outlets (you really have to look closely to see it) – which is becoming a Buick design trait of sorts. 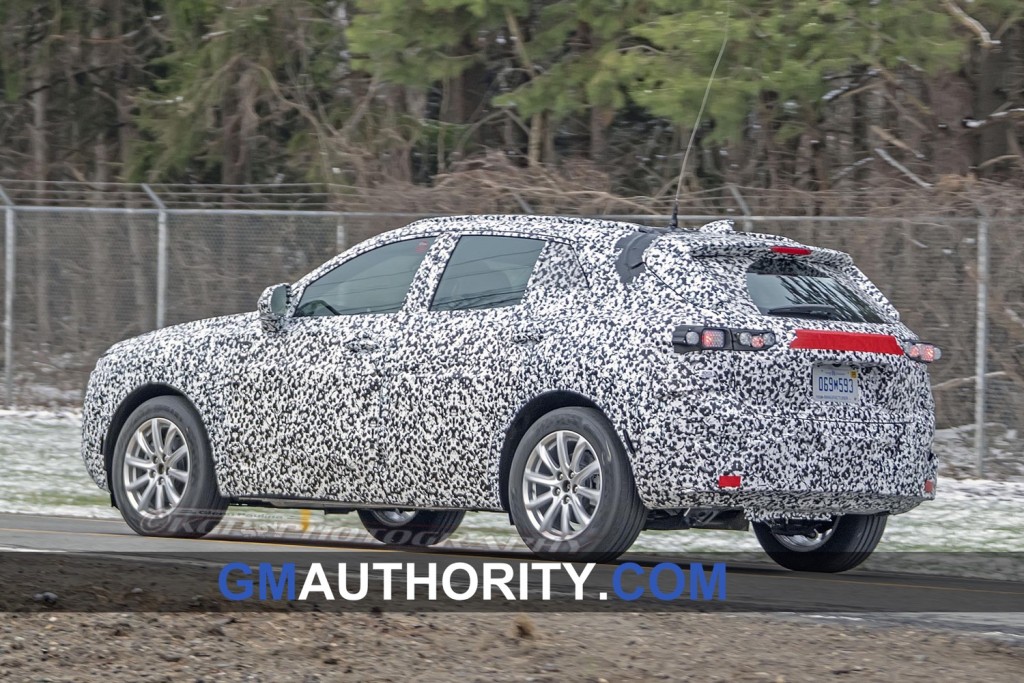 All prototypes of the Buick Enspire seen here are wearing placeholder taillights, rather than production units. However, that red tape placed on the liftgate between the lights might suggest that the production version will get the unique horizontal lighting setup of the Enspire concept.

As we mentioned, the future Buick Enspire is assigned program code E2UB, which deciphers as follows:

From what we know, the Enspire is one of five new Buick crossovers planned for the near future. It will slot above the subcompact Buick Encore (soon to be renamed to Encore GX) but under the upcoming midsize-plus Buick Envoy (which might be a China-only affair), itself slotting under the full-size Buick Enclave. In fact, the Enspire will be roughly the same size as the Buick Envision, but is expected to be offered as a more premium offering. By introducing the Enspire, Buick could make the Envision a China-only offering.

We expect the Enspire to be powered by GM’s new, turbocharged 2.0L I-4 LSY TriPower gasoline engine mated to the GM 9-speed automatic transmission. The duo makes 237 horsepower and 258 pound-feet of torque in the Cadillac XT4. An electrified or full-electric variant is likely part of the planned powertrain lineup.