A recent op-ed published by Hagerty has put a question that we’ve previously asked ourselves back into our minds: what if General Motors were to produce a Corvette SUV?

This would, of course, be sacrilege to any Corvette enthusiast, but it wouldn’t be unheard of for a sports car manufacturer. In fact, it would be par for the course as far as today’s performance brands are concerned.

Lamborghini and Porsche already have SUVs on sale in the way of the Urus and Cayenne, respectively, and Ferrari is working on its own sport utility called the Purosangue. It’s not just the Italians and the Germans, either. Chinese automaker Geely is also bankrolling a Lotus-branded SUV and Aston Martin has its own in the works called the DBX.

It’s not far-fetched to think that GM, looking on as all these performance car brands cash in on the crossover craze, may have volleyed the idea of a Corvette SUV around a board room once or twice before. After all, the Corvette is America’s sports car and there’s no market that buys more SUVs per capita than the USA. It could be a match made in heaven – though Chevy would risk peeving off the purists. 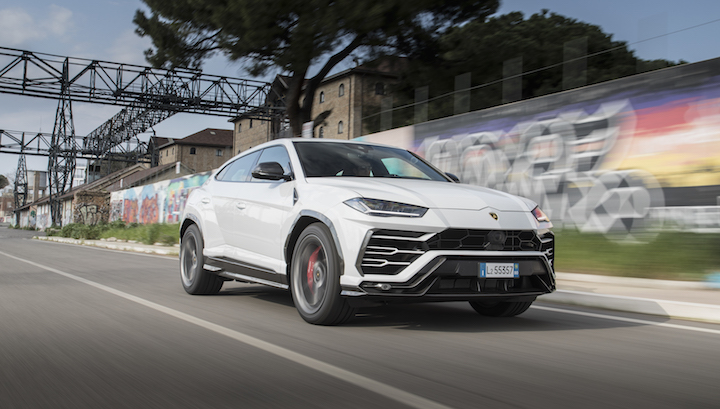 Surprisingly, GM seems open to the idea. Hagerty requested to speak to an executive for its op-ed piece,
and while the automaker didn’t play ball in that regard, it did refer the publication to an older article from The Detroit News featuring fan-made Corvette SUV sketches. In its email, the automaker also noted the newspaper said that “everywhere we went, car fans loved the idea,” of a Corvette SUV.

Rumors allege that GM plans on selling the front-engine Corvette C7 and the upcoming mid-engine Corvette C8 alongside each other – although it’s not yet clear if this is entirely accurate. If this were the case, it would essentially have a lineup of Corvette vehicles. That could give it another reason to expand the stable even further to include something for the daily commute or for the consumer with a family.

Let us know what you think of the idea by voting below.

Subscribe to GM Authority (for free) for the latest Corvette news.