General Motors China has announced it will debut the new Chevrolet TrailBlazer and Chevrolet Tracker small crossovers at the 2019 Shanghai Motor Show on April 16th.

The automaker’s Chinese subsidiary says the new Tracker and TrailBlazer “adopt GM’s latest propulsion, intelligent connectivity and safety technologies,” and will “join the Equinox in Chevrolet’s SUV lineup in China to meet the diverse demands of younger consumers and those who desire SUV functionality and driving dynamics.”

The Chinese-spec Tracker, which previously leaked online, rides on the automaker’s GEM (Global Emerging Markets) platform for China, South America and other budding regions. Despite being 0.9 inches longer and one inch wider than the Trax, it will actually be priced below it, helping GM to compete with the countless cheap crossovers in China. The base model is expected to receive a turbocharged 1.0-liter three-cylinder engine making around 115 horsepower, which will be paired with a six-speed dual-clutch automatic transmission. It will be for China and other emerging global markets only. 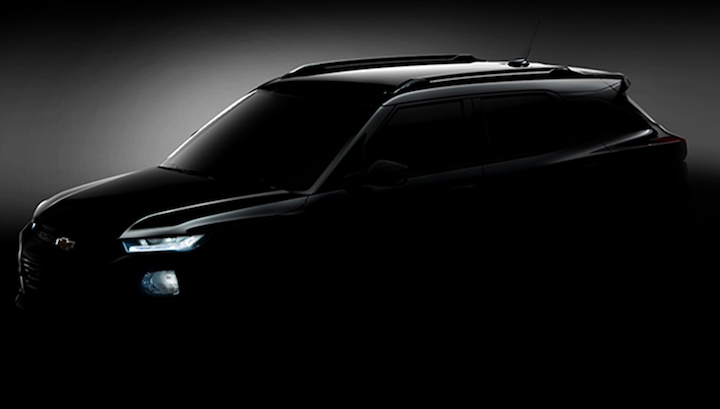 North American consumers will probably be more interested in the TrailBlazer. A report recently surfaced indicating that GM was set to introduce a new small crossover called the TrailBlazer, which would be similar to the Trax in size but would be more expensive due to having more premium content. It’s not clear if the Chevrolet TrailBlazer destined for North America will be the same as the Chinese-spec TrailBlazer, although the teaser photo pictured here looks very similar to the alleged TrailBlazer prototypes that have been spotted running around Metro Detroit.

Auto Shanghai 2019 kicks off on April 16th, so be sure to check back for more information on the new Chevrolet TrailBlazer and Chevrolet Tracker as it becomes available.