One area ripe for electrification is commercial vehicles. GM has already shared plans to bring some kind of an electric light commercial vehicle to market that might or might not replace GM’s iconic GMC Savana and Chevrolet Express. But as The General plans its electric vehicle onslaught, it might get beat to the punch by its cross-town rival with the Blue Oval.

That’s right, Ford has just announced plans to bring to market a plug-in hybrid and a pure electric Ford Transit. The Transit PHEV will launch later this year, while the Transit EV will arrive by 2021. Both are Europe-only affairs, but that market limitation is expected to be temporary.

We learned a year ago that General Motors plans to keep the current-generation Chevy Express and GMC Savana until at least the 2023 calendar year. In fact, GM can even extend production of the duo until 2025, if it deems necessary. That’s still several years away, and both vans are ancient in automotive years.

The current models were first introduced in 1995, riding on the GMT600 platform. A 2003 refresh updated the models, thereby introducing the GMT610 platform. As of this writing, it’s unclear whether GM would update the platform again before introducing the replacement for the Express and Savana. 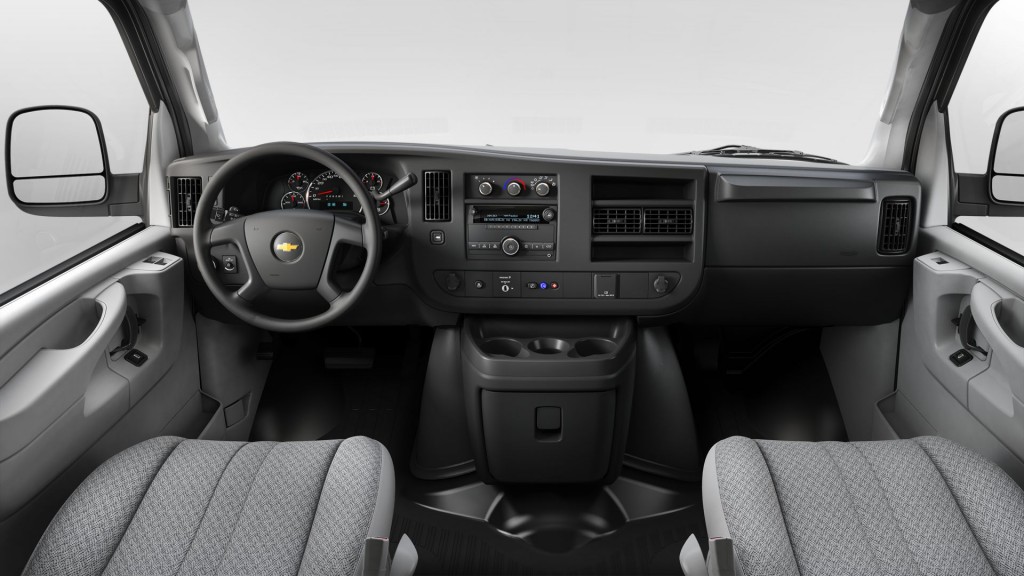 Now, we do know that GM is working on an electric van. What we don’t know is if it will replace the Express and Savana outright, or when the electric GM’s van will be introduced. When the automaker revealed plans in October 2017 to introduce 20 electric vehicles by 2023 via an all-new, scalable EV architecture underpinning the products, one vehicle highlighted in the plan was an electric Light Commercial Vehicle.

One potential scenario is that GM introduces its upcoming electric LCV, while continuing to manufacture and sell the Express and Savana vans in their current form. Such an approach would satisfy customers interested in having a state-of-the-art electric LCV, while continuing to serve the needs of customers who are perfectly fine with the old but trusted Express/Savana.

Currently, GM does not seem to be in any rush to replace the Savana and Express with an all-new model as both are selling remarkably well. In 2018, GM saw a 29 percent share of the full-size commercial van segment with the oldest product, which means that the vehicles are absolute cash cows for The General. To that end, a minor update could go a long way in giving the aging platform what it needs to continue selling in very good quantities, while holding its own against much newer and more modern offerings, such as the Ford Transit and Ram ProMaster.

No matter how it handles the current models, here’s to hoping that The General’s electric car strategy is a resounding success. After all, it’s not only about bringing electric vehicles to market, but – more importantly – doing so while turning a profit.