This week, Hennessey Performance Engineering shared a video of a 2019 Corvette ZR1 equipped with its HPE1000 performance package easily clocking in a 9.79s quarter-mile pass at 139 mph.

We predicted the 1,000 horsepower ZR1 would be able to go faster than that based on the driver’s gingerly launch and we were right, with HPE now uploading a video to its channel of the same heavily tuned 2019 Corvette ZR1 doing a 9.52s pass at 144 mph, which is a new record for the C7 ZR1. 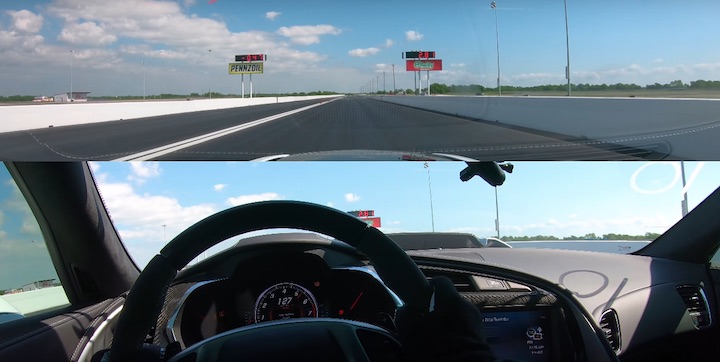 The car in the video is running on Shell V-Power 93 octane pump gas and has 315/30-20 Nitto rear drag radials on. We’ve already covered what HPE’s 1,000 horsepower package for the 2019 Corvette ZR1 entails, but the major upgrades include a performance camshaft and an upgraded supercharger pulley. Dyno testing revealed the package was capable of making up to 905 horsepower and 844 pound-feet of torque at the rear wheels. HPE says the car was running 16 psi of boost for the record-breaking pass, compared with the C7 ZR1’s output of 14 psi. 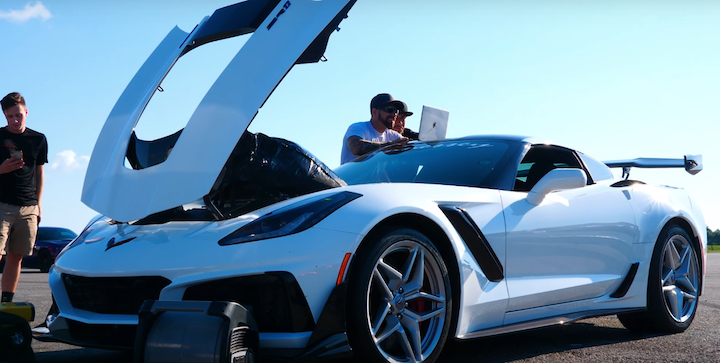 Strangely, the white 2019 Corvette ZR1 in this video is equipped with the optional aerodynamics package. While the rear wing and front splitter help keep the powerful ZR1 glued to the track at places like the Nurburgring, they produce drag on the straights and slow the car down. HPE could probably shave a little a more time off if they removed the aero package, although it may also risk losing some stability at speed.

HPE has also developed a 1,200 horsepower HPE1200 package for the 2019 Corvette ZR1, so this record could fall even further. It has to test a car with this package installed at the drag strip, however.