No, this isn’t some long-lost El Camino prototype General Motors designed and then scrapped. This is a 1986 Chevy Caprice wearing a unique body that’s been called Elco by its creator, and it’s for sale in Florida for the cool price of $15,000, or best offer. The seller is open to trade, too, but only for something capable and with some cash, so that might be useful to know if you’re looking to buy. The design of this highly modified Chevy Caprice “Elco” is most definitely unique. The styling is apparently supposed to pay homage to the 2005 Dodge Charger, but it also appears to have some Viper in it, and not necessarily in a good way.

The front end is part catfish (that grew up too close to Three Mile Island), part early Dodge Viper. The thin headlights, mouth-like grille, and overall rounded styling look straight out of the mid-2000s. But hey, at least the hood flips forward like that of a Viper. Interestingly, there is no logo at the front. But where this “Elco” is truly unique is at the rear. Instead of a traditional three-box layout with rear seats and a trunk, the modified Chevy Caprice sports two doors and a bed, but it’s nowhere near as useful as that of a typical pickup because the tailgate doesn’t fold down. But since it’s a car, loading things into the box should still be relatively easy. And if you have to climb into the bed, there are sidesteps carved out behind the doors. Clearly this design beat GM’s recently-introduced BoxStep feature to market by a decade or two.

Other notable details include circular taillights similar to those on the C6 Corvette, along with a wing on the rear lip, and a classic Chevy badge in the middle of what would be the tailgate. Different strokes for different folks, the saying goes, and that’s true here. This one-of-45 1986 Elco is unique, an amalgamation of mid-2000s design aesthetics paired with the Chevrolet El Camino philosophy of business up front and party in the back, along with a dose of confidence no single person should ever have. 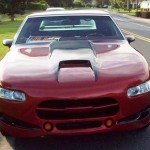 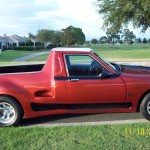 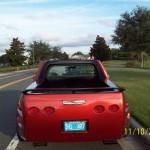 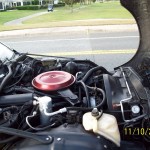