In the spring of 1979, race team owner Tom Nehl was dreaming up ways to fund his next appearance in the 24 Hours of Daytona.

Inspired by the replica Camaro pace car program that Chevrolet used to promote the 1969 Indy 500, Nehl put together a deal with 48 Jacksonville, Florida area Chevrolet dealerships. He would deliver them a total of 90 specially customized 1980 Camaro Z/28s inspired by his Camaro Z/28 race car, which would be used to promote his team and the race. The replica cars would also be allowed to participate in the parade lap for the race.

Nehl hired local shop Special Vehicle Developments (which was run by a man named Bill Mitchell, who is unrelated to the famous GM designer) to complete the modifications on the cars. All of them were based on the 1980 Camaro Z/28 and featured Minilite magnesium wheels wrapped in Dunlop tires, Koni shocks, a sturdier rear sway bar, a redesigned front fascia, a Racemark steering wheel, hood pins, and a ‘Hugger’ decal set, among other upgrades. 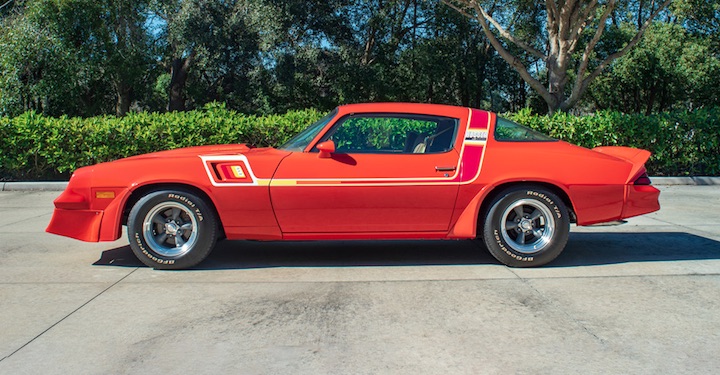 While Nehl had envisioned all Hugger Camaros being delivered in the same Red Orange hue as his race car, some dealers went rogue, according to a 2010 article from Super Chevy, and ordered a handful of blue, white, black and yellow cars as well. This apparently irked him, as he insisted that only the Red Orange cars participate in the parade lap for the race. 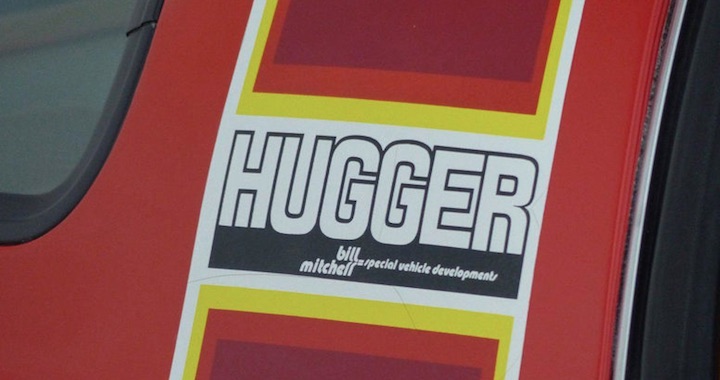 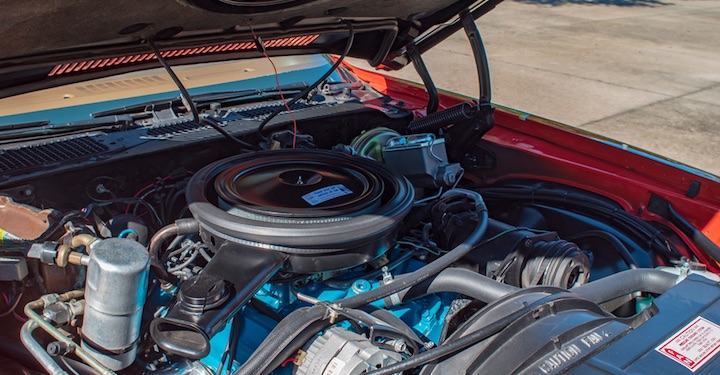 One of these rare 1980 Camaro Z/28s will soon be sold off by Barrett-Jackson at its Palm Beach 2019 auction later this month. It is no. 32 of 90 and retains its original paint and engine. It also has a number of upgrades applied to it, including ceramic-coated Patriot headers, a B&M lock-out shifter for the automatic transmission (only 1 of the 90 Hugger Camaros was a manual), a MOMO steering wheel, TorqThrust wheels, and an old school-looking RetroSound Bluetooth stereo system. The original SVD upgrade parts are included in the sale as well, such as the wheels, shifter and exhaust manifolds.

Check out the listing here for additional information and photos on this rare 1980 Camaro Hugger Z/28.