Underneath the gratuitous chrome grille of the GMC Canyon Denali is an otherwise well-appointed Chevrolet Colorado—but don’t tell those who bought one, they’ll hem and haw, attempt to justify their purchase, and quickly disinvite you from the neighborhood Cinco de Mayo BBQ. The Smoking Tire also struggles to explain the Canyon Denali in his video review, and why GMC would bother to offer one.

More than just a matter of opinion, GMC Canyon sales are a pittance compared to the number of Chevrolet Colorados General Motors sells—33,492 to 134,842 in 2018, respectively. That’s a drastic difference when you learn only $200 separates the Colorado and Canyon’s starting price—$21,300 to $21,500. Then, when you compare trims, things get wacky with pricing. The 2019 GMC Canyon Denali the video series tested had a price tag of around $48,000, over double the starting price of a base GMC Canyon. 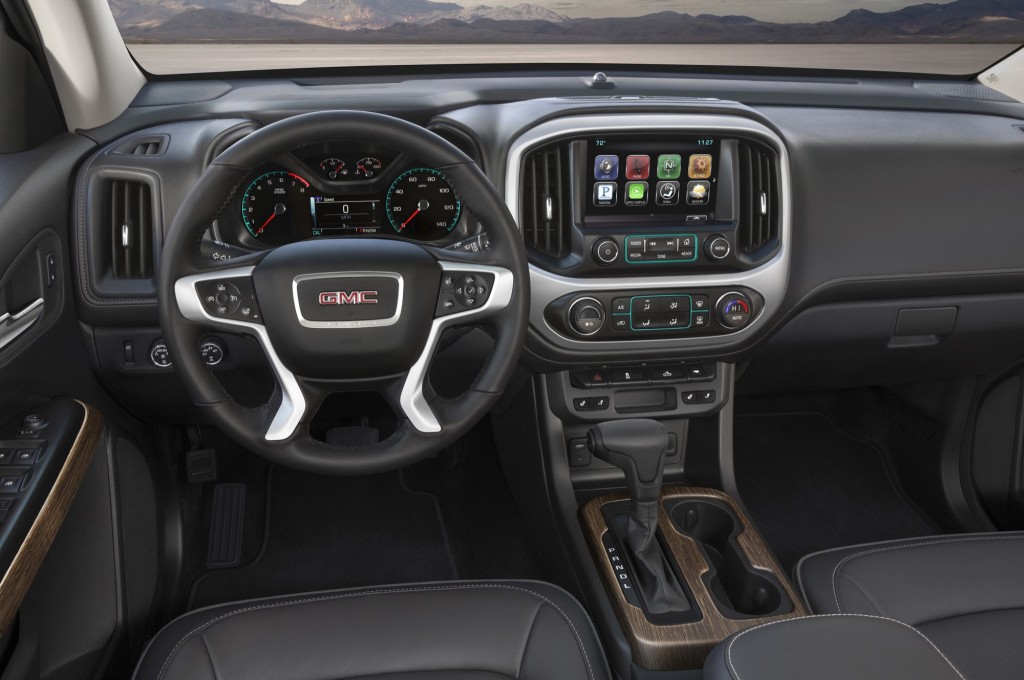 The video host points out several of the Canyon Denali’s headwinds, like the hard plastics, single-zone climate control, and an overall feeling of cheapness for the price. He also chastised the powered seat that has manual controls for the seat lean. However, he did praise the truck for its size and comfort, adding full-size trucks are massive compared to what they were previously. But the truck still left him pondering who would buy the truck.

The GMC Canyon Denali can even be compared to the 2019 Chevrolet Colorado Z71, which is about $9,000 cheaper while still offering features such as heated steering wheel and seats. Plus, The Z71 offers a better screen and stereo system. One problem with badge engineering is cannibalizing sales—where two products are so similar, yet one sells significantly better than its stablemate. It’s hard to swallow a $48,000 price tag for a truck that starts at $21,500. And apparently, consumers think so, too.

As for a Chevrolet Colorado ZR2, or Colorado ZR2 Bison, which are also expensive, there’s at least a plethora of kit that brings in significantly measurable improvements in off-road performance, and not just a chromed grille.