Last April, Buick revealed the Enspire Concept at the Beijing Auto Show. The show car is compact crossover with an electric powertrain that Buick described as “an exploration of Buick’s bold design ideas and innovative technologies for future mobility.”

The show car is pretty cool in its own right, since it brings forth many high-tech and forward-thinking features that will likely come to vehicles over the next decade or two. So, let’s take a look the 10 coolest features of the Buick Enspire concept.

Arguably the most convenient feature on the Enspire is its ability to park itself – with or without a driver at the wheel. The Enspire’s Automatic Parking system is not a production-ready feature just yet, but it is a step above Tesla’s, which requires a human at the wheel for parking (though we should note that Tesla’s system is in production, and that of the Enspire concept is only conceptual). It’s also two steps above GM’s own Automatic Park Assist, which only assumes steering control for parking maneuvers.

When Auto Parking is enabled, the Buick Enspire concept can find an open parking spot nearby and guide itself into it. The feature also encompasses a special ability to find local charging stations. Similar to Tesla’s system, the Enspire can later be summoned from afar, meaning the crossover can pull itself out of a parking spot and automatically drive to the owner’s location (as long as it isn’t too far away).

The Enspire concept has an illuminated Buick emblem at the forefront, which of course is not a first in the automotive realm. Mercedes, Infiniti, Chevrolet, and Lincoln offer illuminated badges from the factory or as accessories. Regardless, it will definitely fall in line with showing the pride of owning a Buick – something that certainly runs deep in China, where Republic of China founding father Sun Yat-sen and Emperor Pu Yi both favored the brand.

Also at the front of the Enspire is a smart LED grille that can communicate with other commuters through light signals. In fact, it seems unlikely that this smart grille will actually function as a practical “grille” at all, especially since the 2018 Buick concept is powered by an ell-electric powertrain that doesn’t require an open grille at the front of the vehicle.

The black panel houses a plethora of LEDs that can signal to pedestrians, cyclists, and other drivers. The type of actions the Buick Enspire might signal to others is currently unknown, but we can imagine a handful of scenarios: when a stopped driver has removed their foot off the brake and is ready to move again, or when the driver has shifted from Drive to Reverse or Park.

At the rear, there is a pair of smart Organic Light-Emitting Diode (OLED) taillights that can communicate braking intensity to other vehicles on the road. This will prove helpful in letting other drivers know whether the crossover is coming to a gentle stop to prepare for a turn, or is braking hard to avoid an imminent collision.

Instead of using light intensity to communicate the severity of the driver’s braking, the 2018 Buick Enspire concept’s OLED taillights uses flickering motions to indicate such actions. The harder the braking, the faster the flicker. This ensures that the taillights can always be clearly seen, making for a safer commute, especially in low-visibility conditions. 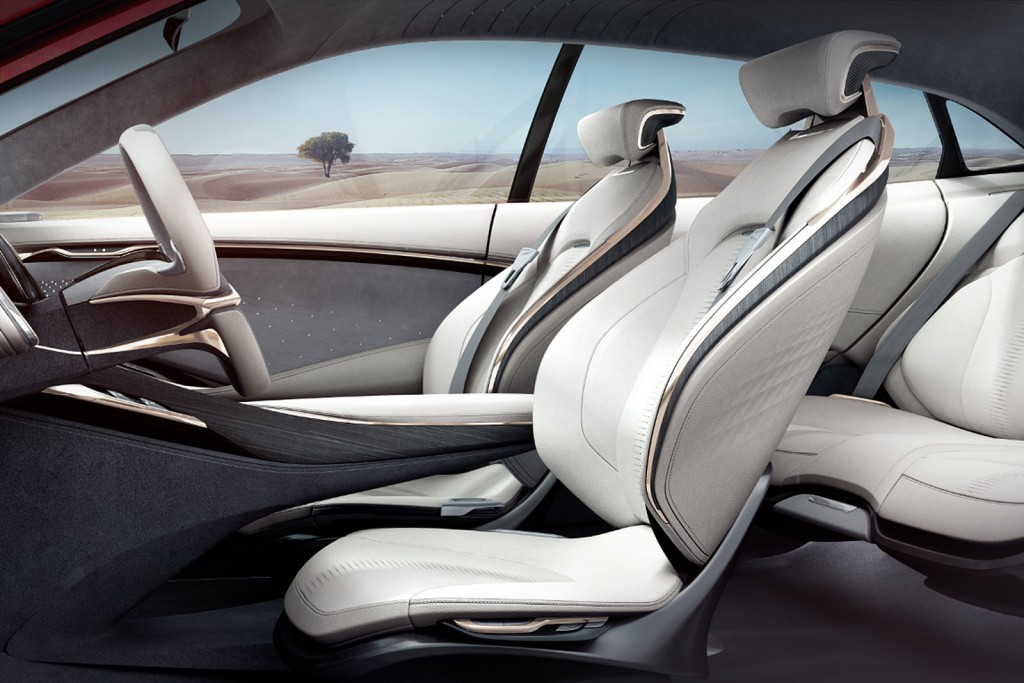 Buick may have found a winning idea with the seats in the Enspire concept, which feature a skeletal structure designed to isolate occupants’ derrières from any bumps and dips in the road. The seats’ unique structure works to absorb the resulting shocks transmitted through the floor to provide a more comfortable ride.

Though it is unclear how the shock absorber works exactly, Buick tells us that the “lightweight skeletal structure” used by the seats serves as both “support structure and shock-absorbing mechanism.”

Among the Buick Enspire’s high-tech features is an augmented-reality Head-Up Display (HUD) that is capable of delivering new information without taking the driver’s eyes off the road. The concept’s HUD works much like any other contemporary automotive HUD by projecting data onto the windshield so that the driver can quickly gather necessary information without having to look away from the road.

But the one on the Enspire concept differs in that it uses motion tracking and other technologies to communicate information like navigation route guidance and nearby points of interest through the windscreen. For instance, if a driver is approaching a right turn, the Enspire’s augmented-reality HUD will highlight that turn on the windshield. 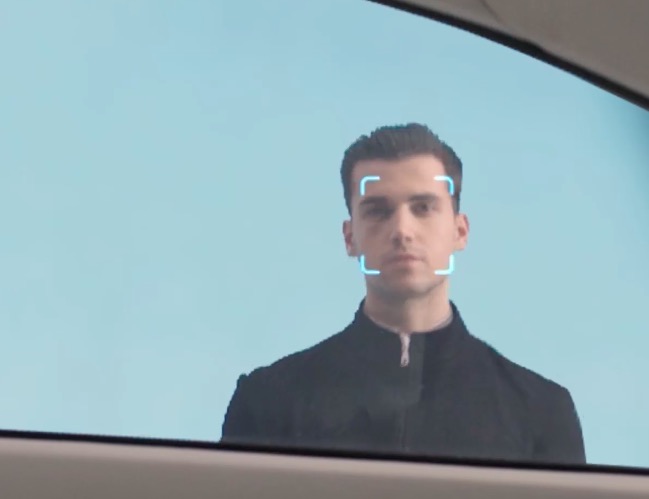 The Enspire’s facial recognition system is capable of unlocking the vehicle as the owner approaches and automatically configures the interior to suit his or her preferences, such as adjusting the seat to the owner’s stored settings. 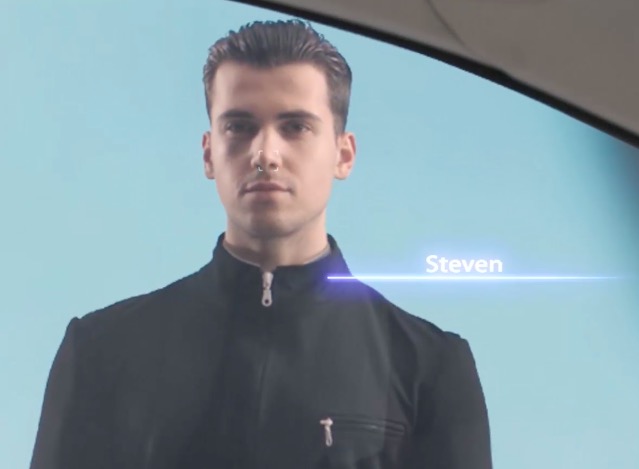 Most automakers, including GM and Buick, have already implemented “proximity” keys that allow the vehicle’s doors to unlock without ever touching the keys/key fob by touching a button on the door handle (or the door handle itself) and start the vehicle with a press of a button. The facial recognition technology takes that feature a step further. 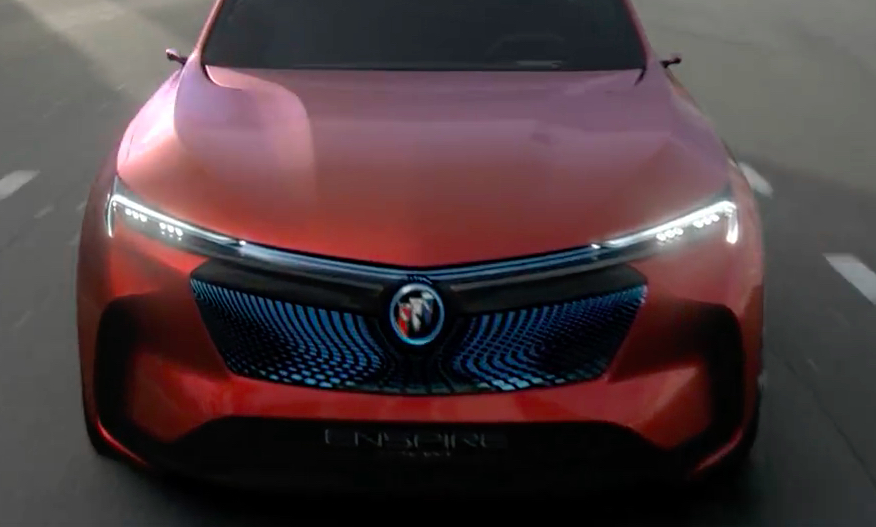 The Buick Enspire Concept also makes use of front air curtains, which attempt to reduce aerodynamic drag. It relies on simple vents within the front fascia to direct oncoming airflow around the vehicle’s wheels rather than into the wheel wells.

This is important, as the wheels and tires tend to generate significant levels of aerodynamic drag. Guiding the air away from these areas has a positive effect on aerodynamic efficiency and translates to several other benefits like greater acceleration, strong stopping power, less wind noise, and improved driving efficiency.

While front air curtains are already present in production vehicles, rear air curtains like on the Enspire concept are an important first.

If you look at the black trim piece around the concept’s D pillars, you will see a slotted piece that isn’t so different from the front air curtains. While the overall theme is the same, there is one significant difference between the two: the front air curtains have been deployed in GM vehicles with the goal of routing oncoming air around the wheel wells, while the rear air curtains will attempt to keep rushing air from “detaching” from the vehicle body too abruptly. The end result is reduced wind noise (an NVH factor) and greater stability at speed. 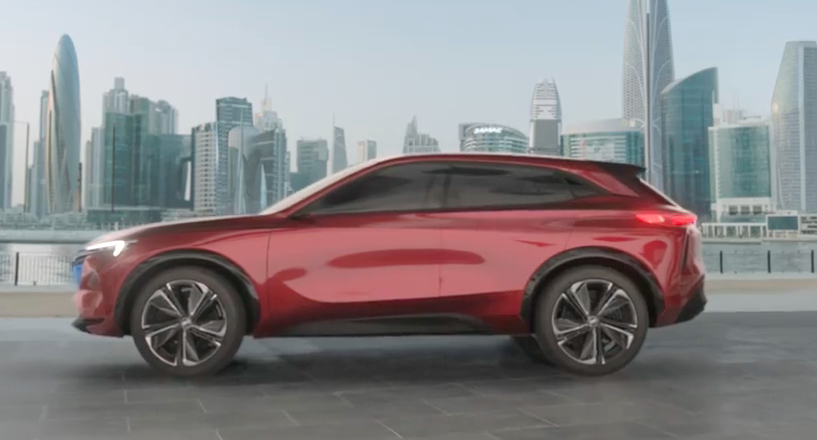 Though Buick has not confirmed (or denied) plans to bring the Enspire concept to production, we have it on good authority that a production version is coming soon. Notably, GM filed to trademark the Enspire name with the USPTO in December 2018, and its development is well underway under program code E2UB.

That code means that the production-intent Buick Enspire will be mechanically related to the Cadillac XT4, with both crossovers riding on the same E2 platform. However, the Enspire will differ greatly from the XT4 in terms of design inside and out.

Expect the production version to be powered by a traditional internal combustion engine, rather than featuring an electric powertrain, and launch in 2020 as a 2021 model year vehicle in both North America and China.

Production will take place at the GM Shanghai South plant in China. Production at a North American plant is not out of the question.