Porsche and Chevrolet have always traded blows and we’re happy to say that these two performance-obsessed brands are still competing heavily with each other today both on and off the track.

The German sports car maker recently visited Road Atlanta with the 911 GT2 RS and 911 GT3 RS, where it smashed the 2019 Corvette ZR1’s record with both cars.

Pobst, it is worth noting, was also behind the wheel for the 2019 Corvette ZR1’s lap. 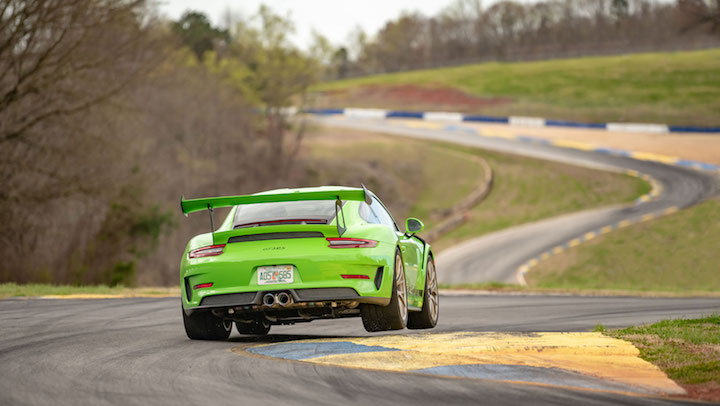 Chevy could probably double back to VIR and beat that lap time with better track and weather conditions, but it would be hard pressed to beat the time the more powerful 911 GT2 RS set. With Pobst again driving, the track-ready, 700-horsepower twin-turbocharged 911 set a time of 1:24.88, beating the 2019 Corvette ZR1 by nearly two seconds.

“We are thrilled to set the production car lap record at this iconic track located just 60 miles from our U.S. headquarters in Atlanta – a track that holds so many great memories for Porsche, such as the overall victory with the 911 RSR at Petit Le Mans in 2015,” said Porsche North America CEO Klaus Zellmer.

The Porsche 911 GT2 RS onboard video is embedded above. We threw in the 2019 Corvette ZR1’s Road Atlanta video for comparison’s sake as well, which can be found below.