Last week, we showed you what we believe is a prototype of the upcoming Chevy Equinox refresh. Today, we caught another camouflaged Equinox tester at GM’s Milford Proving Grounds that is even more interesting than the last. That’s because this particular tester is wearing less camo than the previous model, especially around the C- and D-pillars, while featuring a set of quad exhaust tips. Given that the current Chevy Equinox offers either a tucked-under single tip or dual exhaust, this sighting adds an unexpected element into the mix and makes us wonder whether Chevy is working on a high-performance version of its compact crossover SUV, potentially an Equinox SS. What a theoretical Equinox SS variant would consist of is currently anyone’s guess, and aside from the quad exhaust, we can’t seem to make out any other performance-oriented bits on this prototype. That said, high-performance versions of Chevy crossovers are desperately needed. In fact, the Bow Tie brand is currently at a competitive disadvantage by not offering high-performance models of any of its crossovers, while buyers continue to flock in droves to the vehicles from sedans.

We should also note that there is a remote (though likely) possibility that the quad tips are fake, put on this tester to fool spies and enthusiasts like us into thinking we’re looking at an Equinox SS. The Chevy Equinox is getting a midcycle refresh for either the 2020 or 2021 model years. Expect a redesigned front end, with a new front clip, headlights and grille, new tail lights, along with some sort of a modification to the treatment of the C- and D-pillars.

There will also be a few updates to the interior. On the powertrain side, the 6-speed automatic transmission, which is currently mated to the base turbo-charged 1.5L I-4 LYX gasoline engine and the 1.6L I-4 LH7 turbo-diesel, should be replaced by the new GM 9-speed automatic. The 9-speed is already mated to the turbo 2.0L I-4 LTG. Speaking of the LTG, it could be replaced by its successor, the 2.0L LSY I-4. 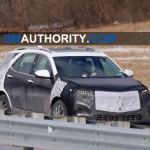 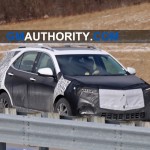 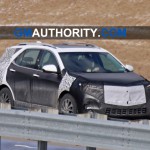 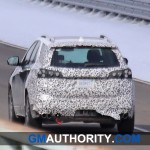 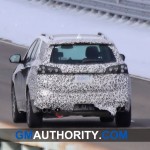 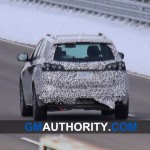 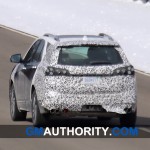