You may not have heard, but General Motors is working on a mid-engine C8 Chevrolet Corvette. It’s a super secret project, we swear. So secret in fact, that it’s nearly impossible to avoid new spy photos, rumors, or renderings. While GM has yet to confirm it is developing a mid-engine Corvette, there’s plenty of tangible evidence available that’d make even the most hardened skeptic a believer. Or, maybe, GM is pulling one of the greatest April Fools’ jokes ever, which would upset a majority of the planet’s population.

The latest 3D rendering above doesn’t present many new details. Up front, the C8 Chevrolet Corvette rendering not only looks similar to what we’ve spotted in the various spy photos, which means it borrows several styling cues for the current-generation C7 Corvette. The designer took liberties with some of the more delicate details such as the lip on the front splitter and other minute body creases. However, it matches what the car captured in countless photos. 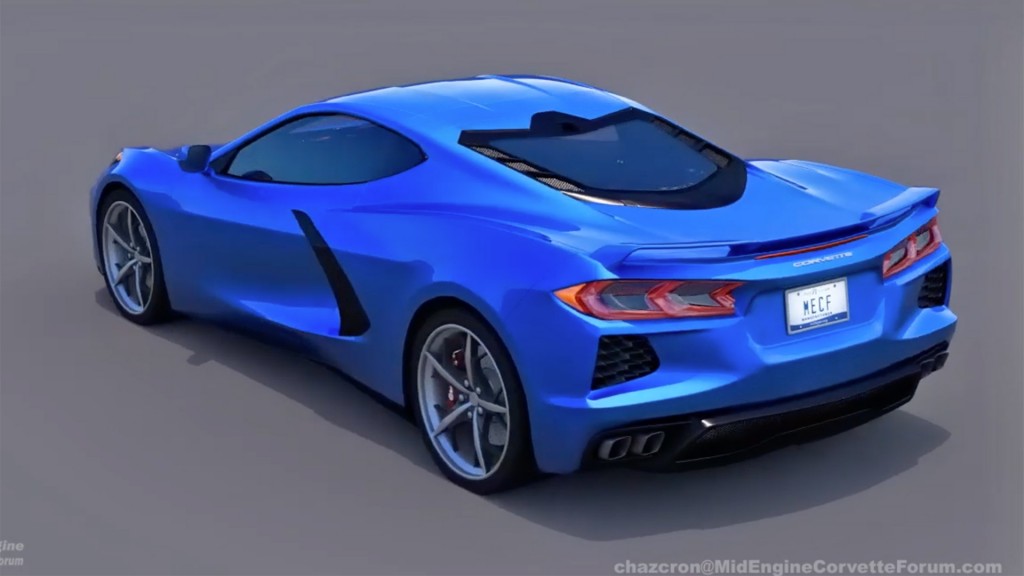 This rendering has a large inlet behind the door as you move down the side of the vehicle, which we’ve seen in other renderings, too. Though in this video it appears to be a slightly different design. We won’t know how accurate many of these renderings are until Chevy introduces the production model. The rear fascia of the rendering looks indention to the rear fascia spotted on the prototypes. However, the designer of the rendering admitted in the video description that the taillights are not accurate. Otherwise, this looks like the C8 Chevrolet Corvette we’ll be seeing something this year.

The C8 Chevrolet Corvette remains under wraps as GM continues its development, which has been delayed. The car was supposed to debut at the Detroit Auto Show earlier this year; however, the automaker had to postpone. Now, it’s likely GM will debut the car at the end of August with production beginning in December.