The race, which was the first race for NASCAR’s new competition spec aero and engine package, was incident free and had no caution periods, save for stage breaks. The new car package is designed to produce better racing, although fans and drivers were of mixed opinion on the quality of the race. According to NASCAR.com, this year’s race had 47 green-flag passes for the lead, compared to nine in last year’s race, and more than 100 green-flag passes in total. 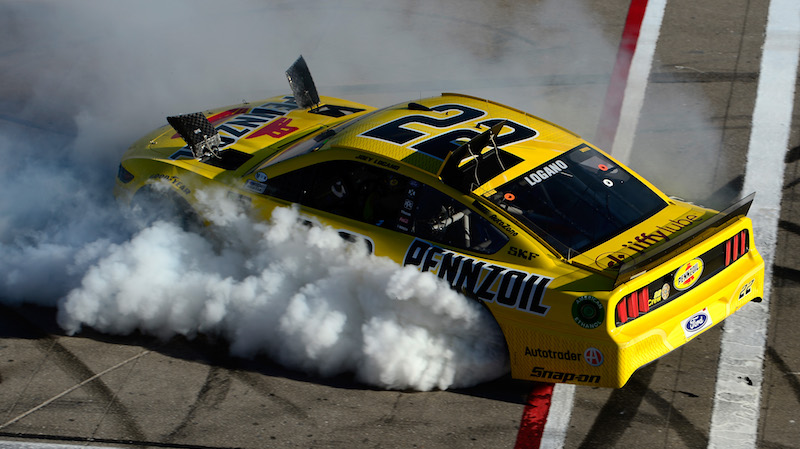 The Penske Fords looked strong for most of the day, with Logano in contention for the win from start-to-finish and leading a total of 86 laps. Keselowski found speed later in the race and challenged his teammate for the win in the final laps, but was unable to get close enough to attempt for a pass. Kevin Harvick led a race-high 88 laps in his Stewart-Haas Racing No. 4 Jimmie Johns Mustang, but didn’t have the same race-winning speed late in the race.

“What a great race,” Logano said. “Brad and I were so evenly matched, and you just can’t drive away (with the lead). In the last five or six laps, Brad was catching me so quick, and I got stuck behind a lapped car. Man, it was so close. Lots of fun – my heart’s still running hard.”

Apart from Busch, the only other Chevrolet in the top 10 was Chase Elliott, who crossed the finish line ninth in his No.9 Hendrick Motorsports Hooters Chevrolet Camaro ZL1.

Logano now leads Harvick from Daytona 500 winner Denny Hamlin in the 2019 MENCS standings after three races. The season will continue with the TicketGuardian 500 from ISM Raceway in Phoenix on March 10th.