Sometimes Australian car culture out-Americas the automotive scene in the United States. A “petrol” fuelled obsession with V8s, burnouts and rough-and-tumble racing makes Aussie automotive tastes rather similar to those here in the USA, so it’s hardly surprising to see that some Australian bloke has dropped a GM LSA V8 in the front of his T6-generation Ford Ranger. 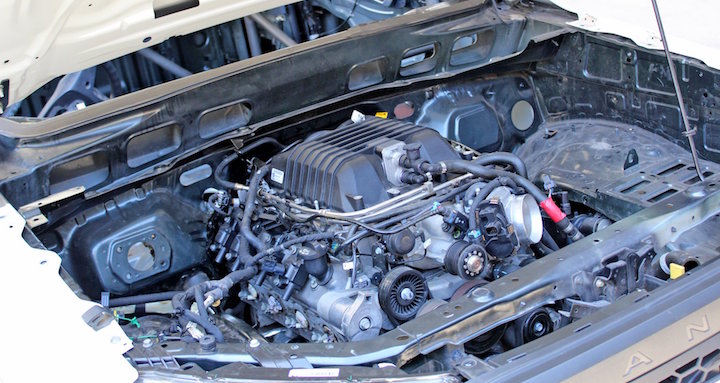 The LSA-swapped Ford Ranger, which will be a drift truck once it’s finished, was built by Kay’s Fabrication in Queensland. Under the hood is a 6.2-liter supercharged V8 LSA engine, which is paired with a Tremec TR6060 six-speed manual transmission and a robust 9-inch Ford rear end. The truck also received fancy four-link rear suspension, a facing fuel cell, a roll cage, a rear spoiler, lowered suspension and aftermarket wheels. We really hope upgraded brakes were part of the equation, too.

The LSA engine powered the previous generation Cadillac CTS-V and Chevrolet Camaro ZL1, but it was probably lifted from a VF Holden Commodore HSV GTS for this build, considering it’s located in Australia and not the United States. The LSA engine is rated at 577 hp and 546 lb-ft of torque on the Commodore HSV GTS, so this mid-size pickup should move pretty good. 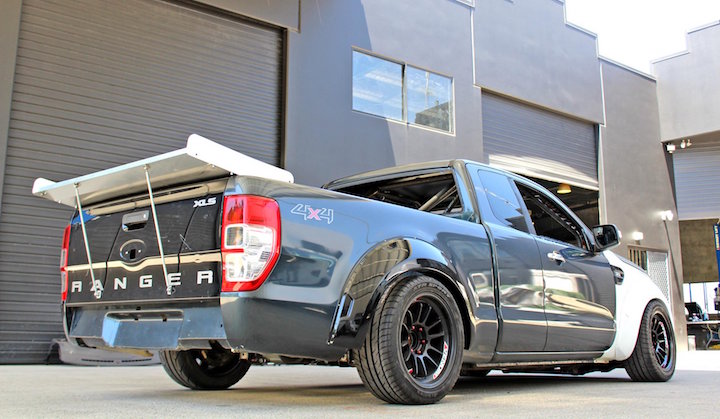 Australian aftermarket shops have a bit more experience working with the T6 Ford Ranger, as it has been on sale in the country in some form or another since 2011. This is part of the reason that Ford is believed to already be working on a next-gen version of the truck, with the 2019 Ranger being an older product than its recent re-introduction might suggest.

What do you think of the LSA-swapped Ford Ranger, is it sacrilege, or engine swap awesomeness? Let us know in the comments below.