We’ve already reported that the new GM 6.6L V8 engine for the all-new 2020 Chevrolet Silverado HD and 2020 GMC Sierra HD is assigned RPO Code L8T. We also were first to report specifications on the new engine. Now, let’s have a look at how the new gasoline engine stacks up against its predecessor – the 6.0L L96 V8.

The new L8T engine delivers 41 horsepower and 84 pound-feet of torque more than the L96, which translates to gains of 11.4 percent and 22.1 percent, respectively. But the good news doesn’t end there.

In fact, the L8T engine also delivers more power and torque lower on in the power band: the peak 401 horsepower is made at 5,200 RPM while peak torque of 464 pound-feet is made at 4000 RPM. Both figures represent drops of 200 RPM over the L96.

Overall, the L8T delivers notable improvements over its predecessor, delivering more power and torque at lower RPMs. In addition, the motor finally gives the Silverado HD and Sierra HD a modern powerplant, as the L96 it replaces was around for almost two decades. 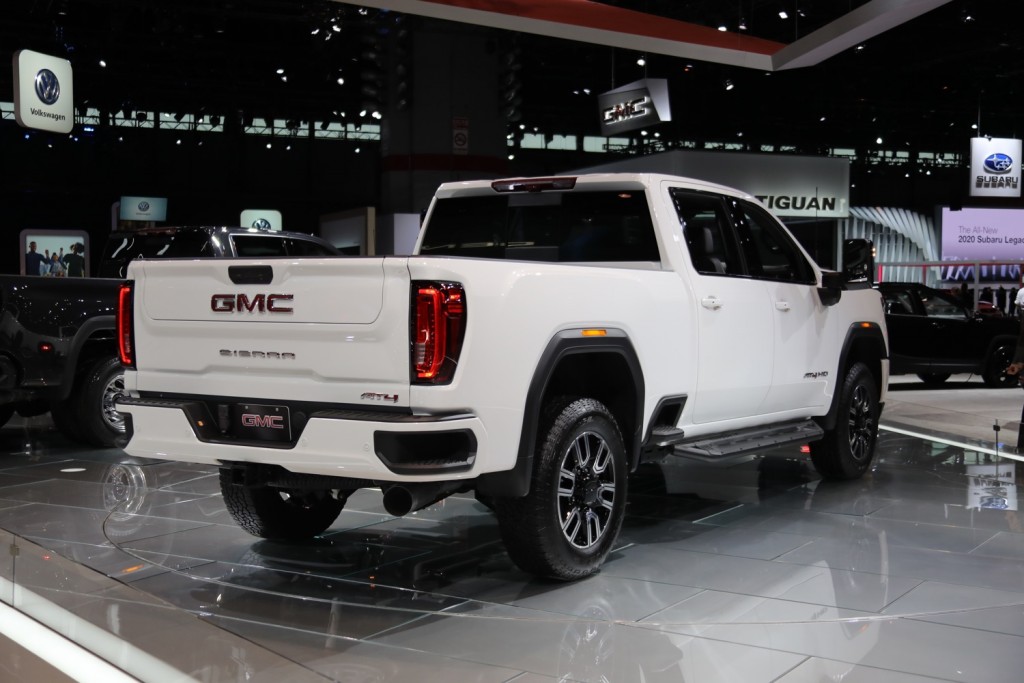 The new L8T gasoline engine features 8 cylinders and displaces 6.6 liters via an OverHead Valve (OHV) layout, otherwise known as push-rod. The GM engine is based on the automaker’s fifth-generation Small Block engine architecture initially introduced by the 6.2L V8 LT1, albeit with a few key differences.

In the 2020 Silverado HD and 2020 Sierra HD, the L8T engine is mated to the familiar GM 6L90 six-speed automatic transmission.