GMC Acadia sales decreased in the United States, Canada and Mexico during the fourth quarter of 2018.

During the complete 2018 calendar year, Acadia sales decreased about 21 percent to 88,621 units.

During the complete 2018 calendar year, Acadia sales decreased about 4 percent to 5,139 units.

During the complete 2018 calendar year, Acadia sales decreased about 17 percent to 1,361 units. 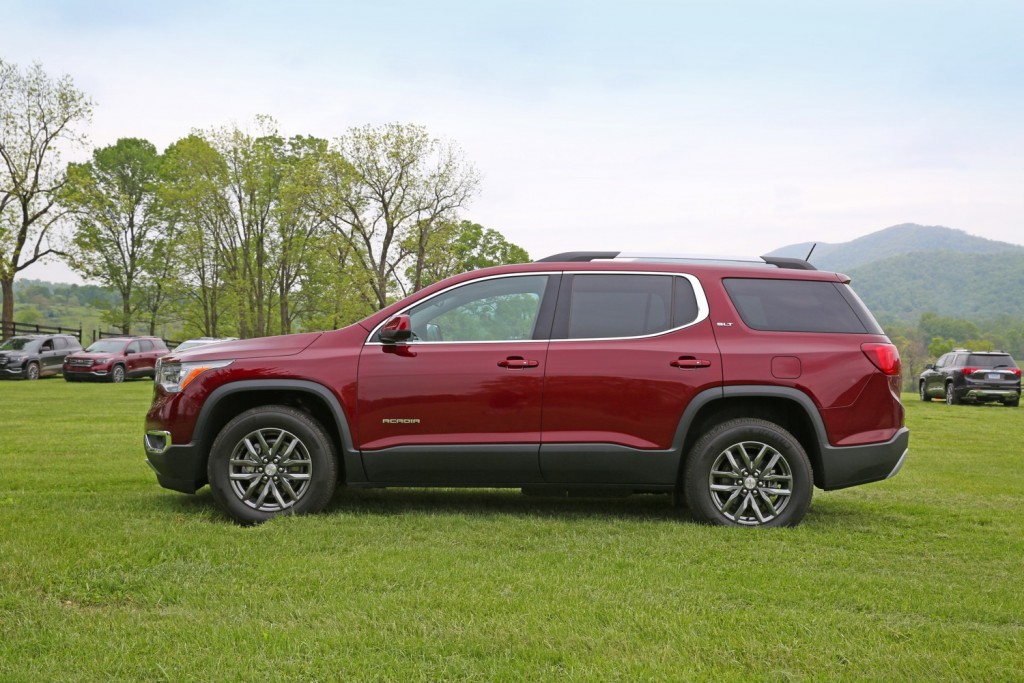 The Acadia outsold all other segment contenders, including the Kia Sorento, Nissan Murano, the all-new Subaru Ascent, Nissan Pathfinder, Volkswagen Atlas (see VW Atlas sales), Dodge Durango (see Dodge Durango sales), Mazda CX-9 (see Mazda CX-9 sales), and Mitsubishi Outlander. The Chevrolet Blazer recorded 27 deliveries in the fourth quarter of 2018, since it was only available for a few days prior to the close of the quarter.

The mainstream mid- and full-size crossover segments, comprised of CUVs with a starting price in the vicinity of $30,000, saw sales decrease 1 percent in Q4 2018 and increase nearly 5 percent during the complete 2018 calendar year.

The rather steep decline in Acadia deliveries is highly concerning, especially as it relates to the segment’s overall sales growth. In other words, not only are Acadia sales not keeping step with their segment, but they’re actually falling behind.

We attribute the ongoing drop in Acadia sales volume to the following potential factors:

As car buyers continue to switch from sedans to crossovers, ever-decreasing GMC Acadia sales represent a not-insignificant disappointment as well as a wasted business opportunity. It’s unclear what, if anything, General Motors and GMC are planning to do to change this turn of events. We don’t have much confidence in the 2020 Acadia refresh helping to turn around the negative sales trend. What’s more, things will only get worse as both Kia and Hyundai introduce two all-new, full-size CUVs with three rows of seating.