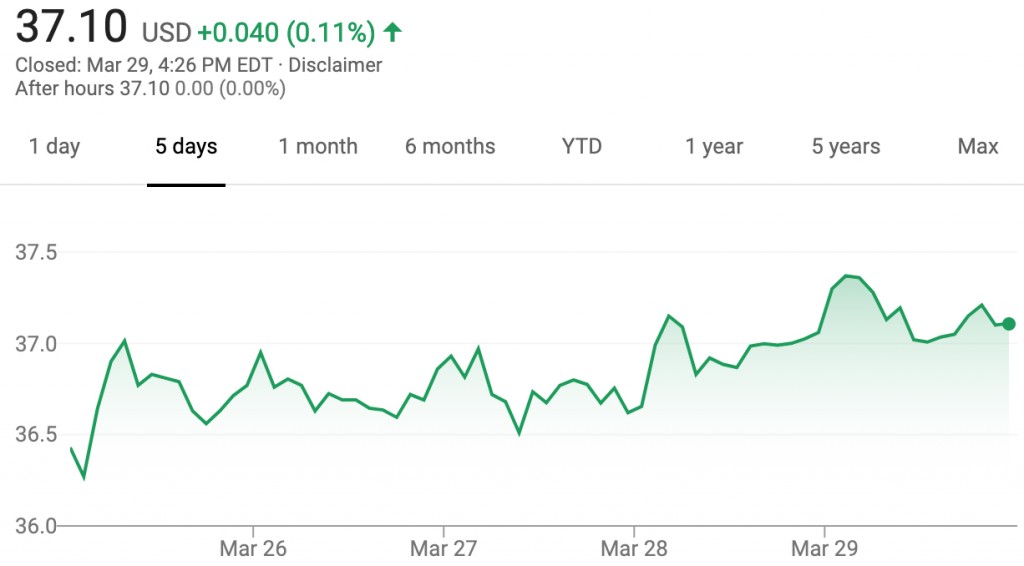 The changes represent a rebound after two consecutive weeks of decline for GM stock value, which followed a seven-week-long rally. Shares saw a weekly low of $36.26 (on Monday) and a weekly high of $37.40 per share (on Friday). By comparison, shares of GM’s cross-town rival, the Ford Motor Company, gained 2.8 percent during the week.

Despite these notable actions, the value of GM stock has historically hovered around the $33 per share mark, roughly the IPO price of the “new GM” in November 2010 – a circumstance that has had many investors frustrated. However, the current value of $37.02 marks a notable improvement in the value of GM shares.