The fact that Ford planning a hybrid version of the Mustang isn’t a secret. The Dearborn-based automaker has been upfront about those plans for a while, even teasing the vehicle last year, which will likely arrive when the automaker introduces the next, seventh-generation of its pony. While technical details on the forthcoming Mustang Hybrid are sparse, our sister site – Ford Authority – got new spy photos of what it believes is a powertrain development mule for FoMoCo’s hybrid powertrain. The sighting makes the hybrid Mustang feel tangible for the first very time, and once again raises the question of whether a GM should make a Chevrolet Camaro hybrid to compete with the Mustang hybrid?

Even suggesting a Camaro hybrid is sacrilegious in some circles. However, hybrid sports cars aren’t new, and even the most mild hybridization is proliferating throughout the lineups of many an automaker. The idea of a Camaro hybrid dates back half a decade, something that crops up when a new generation or refresh is imminent. However, neither General Motors nor Chevrolet has ever discussed such an idea, even as its crosstown rival dives headfirst into hybridizing a plethora of its core products. 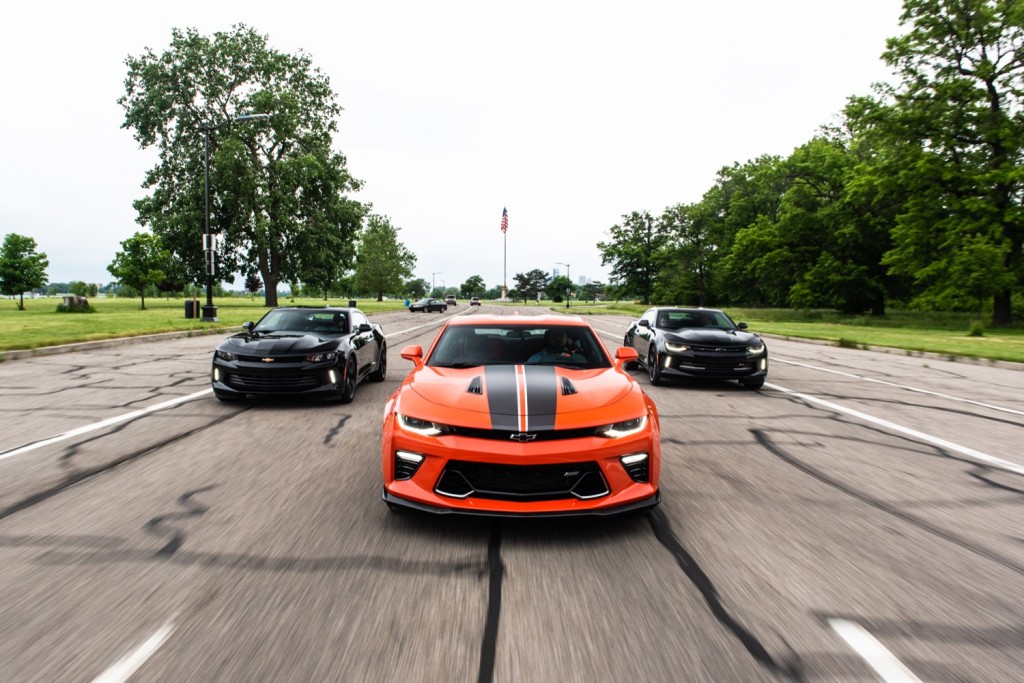 The most tangible indication that GM was thinking of a hybrid Camaro came last August when GM sent a survey to owners asking for input on two new hybrid engines. The survey asked, “Which of the following engine options would you most likely choose” when considering a new “sport coupe like the Chevrolet Camaro?” It then provided two very different hybrid powertrains – a 365-horsepower 2.0-liter four-cylinder for a $4,000 premium with a 4.4-second 0-60 and a 545-hp 6.2-liter V8 for an $8,000 premium, which would hit 60 miles per hour in 3.7 seconds. Since then, there hasn’t been a peep. Either powertrain would be a boon for enthusiasts and deliver obvious performance benefits, even if the idea of a hybrid version of the Camaro rubs purists the wrong way.

We can speculate all we want, but General Motors is very tightlipped about future products. Development of the next-generation Camaro is already underway, but if there is a Camaro hybrid in development, we don’t know about it yet. A hybrid version would likely push the Camaro’s performance envelope to new heights, combining power and technology into an efficient and  fun package. If GM isn’t developing a Camaro hybrid, then you can bet it’ll be watching how well the Mustang hybrid sells.

Check out all the spy photos of the Ford Mustang hybrid at Ford Authority.