While General Motors just killed the Chevrolet Volt, eliminating it from its lineup after only eight model years and two generations, there are plenty of used examples for sale. Take this ultra-cheap example for sale on eBay right now. This first-generation 2014 Chevrolet Volt has an asking price of $7,994. Just look at it in all its slab-sided gloriousness. The low asking price is likely due to its high mileage—124,158 miles on the clock, according to the listing. But as we’ve seen, that’s nothing for a Volt.

The exterior design of the first-generation Chevrolet Volt is unique, yet dated. The doors cutting into the gray plastic rocker panel was an interesting styling choice as was the Volt’s five-door, liftback design. Inside, things are funky with the odd center console styling and massive screens on the dash. 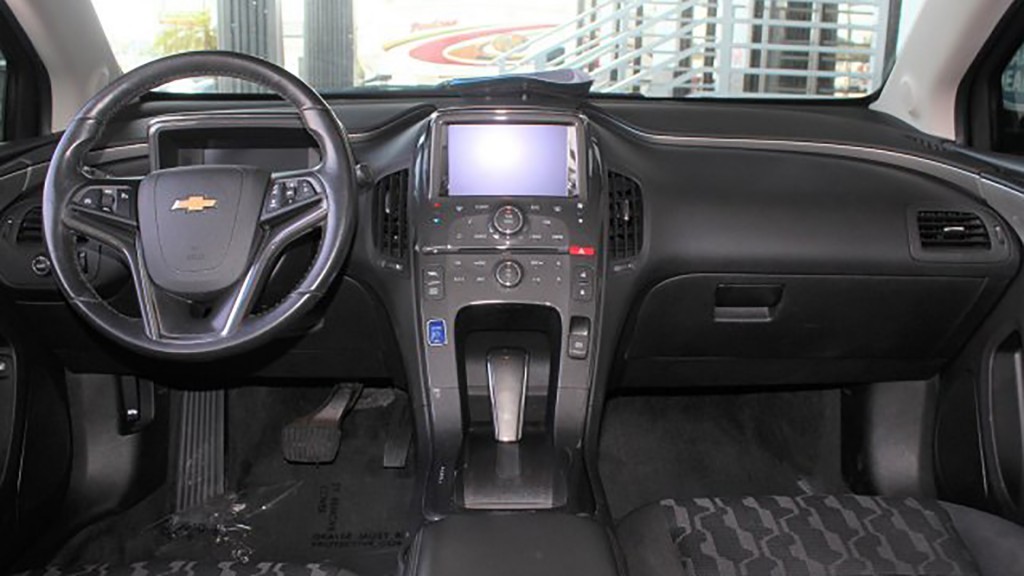 While the Volt looks pristine on the outside, the interior is another story. No, it’s not trashed. However, you can tell it’s been used well during its lifetime. Interior trim pieces are worn—there are scratches and scuffs in the trunk. The steering wheel is smoothed over. It doesn’t appear the seller did a thorough job cleaning the Volt before taking photos either, which doesn’t help the situation at all.

Buying a five-year-old Chevrolet Volt—one of the first mainstream, mass-produced plug-in hybrid vehicles—could be considered a risk. Then again, there is always a risk when buying a used car. No matter how glowing the advertisement, you do not know the history of the car—and a clean bill of health from CarFax doesn’t mean everything is fine.

A video we shared last month shows a Volt that’s ready to reach 500,000 miles. However, it’s seen better days. For all the troubles the owner of that Volt is facing, many of which have cropped up after an accident, the Volt still chugs along even though it’s unable to hold a charge and it’s leaking coolant somewhere. Yes, your mileage will vary with this Volt, as it does with any used vehicle, but if you ever wanted one without the financial buy-in, here’s your chance.