Gregg Nigl, a 40-year old Michigan native who lives in Ohio, picked the strongest bracket of record the NCAA  ‘March Madness’ basketball tournament has ever seen.

Nigl’s picks for the tournament made him the first person to be perfect through the first two rounds of the March Madness tournament. Buick, which continued its sponsorship of the event for 2019, flew the neuropsychologist and his son out to Anaheim, California to watch the Michigan Wolverines play Texas Tech in the Sweet 16 on Thursday night as a reward. Unfortunately, that’s where he got the news that his strong bracket had fallen to pieces.

“Thanks to Buick for flying me and my son in to watch the Wolverines’ Sweet 16 run in person!” Nigl told The Detroit News. “One minute we were on vacation, and the next we’re on this crazy perfect bracket ride.” 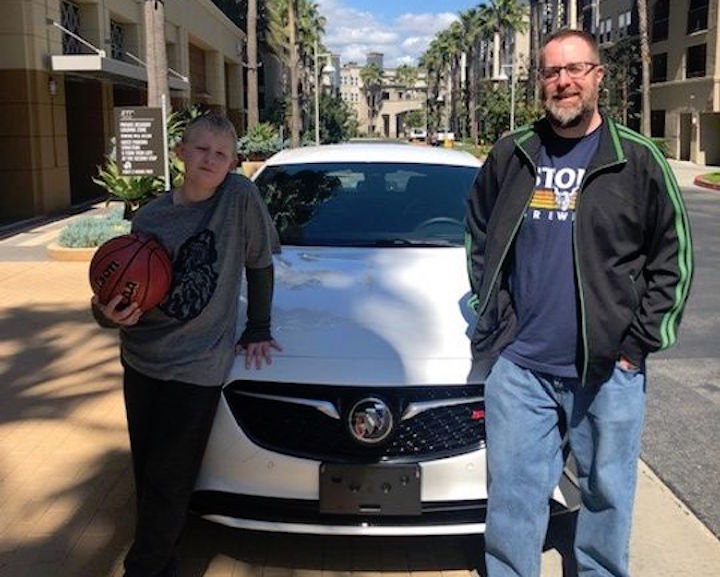 Nigl and his son weren’t far into the Texas vs. Michigan game at Anaheim’s Honda Center, enjoying the fruits of Buick’s generosity, when he learned his bracket had been broken after Purdue beat Tennessee to earn its first entry into the tournament’s ‘Elite Eight’ since 2000. According to The Detroit News, Nigl got within 14 wins of having a perfect bracket, which is believed to be closer to achieving the feat than anyone ever.

Buick has sponsored the NCAA tournament for the past few years and is listed as an official corporate partner of the event. Last year it offered a month of free OnStar 4G LTE Wi-Fi to owners of compatible Buick vehicles during the month of March, allowing NCAA fans to more easily follow the tournament when they are traveling in the car.

Nigl’s bracket may not have worked out, but we’re sure he’d agree that a free trip to California courtesy of Buick isn’t such a bad end result after all.