Buick Envision sales decreased in the United States and in Canada, while increasing in Mexico during the fourth quarter of 2018.

During the complete 2018 calendar year, Envision sales decreased about 27 percent to 30,152 units.

During the complete 2018 calendar year, Envision sales decreased about 20 percent to 2,683 units.

During the complete 2018 calendar year, Envision sales increased about 3 percent to 532 units.

GM China elected not to break out Buick Envision sales for the fourth quarter in its quarterly report (see GM China Q4 2018 sales report). In fact, the automaker did not provide any sales figures or indicators for the vehicle whatsoever.

Buick Envision sales fell significantly during the quarter, slipping 29 percent as the segment saw a 36 percent growth during the same timeframe. The performance moves the Envision into sixth place in its competitive set in terms of cumulative sales volume, behind the Acura RDX in first, Lexus NX in second, Infiniti QX50 in third, Volvo XC60 in fourth, and the new Cadillac XT4 in fifth. The only model that the Envision outsold during the month was the Lincoln MKC, which brought up last place and hasn’t really seen much commercial success outside of a few limited scenarios (see Lincoln MKC sales)

Notably, the Infiniti QX50 shot up to third place in its segment after the launch of the all-new model in the second and third quarters. Meanwhile, GM’s other entry in the compact luxury crossover space – the Cadillac XT4 – posted rather impressive sales results, especially given that it was only available at the retail level for roughly half of the quarter.

Below, we display sales numbers for rear-drive-based compact luxury crossovers for informational purposes. Despite being close in size to the Lexus NX, Acura RDX, Buick Envision, Lincoln MKC, and Infiniti QX50 these vehicles have starting prices roughly $5,000-$7,000 higher and therefore are generally purchased by a different subset of customers than those interested in front-drive-based compact crossovers. 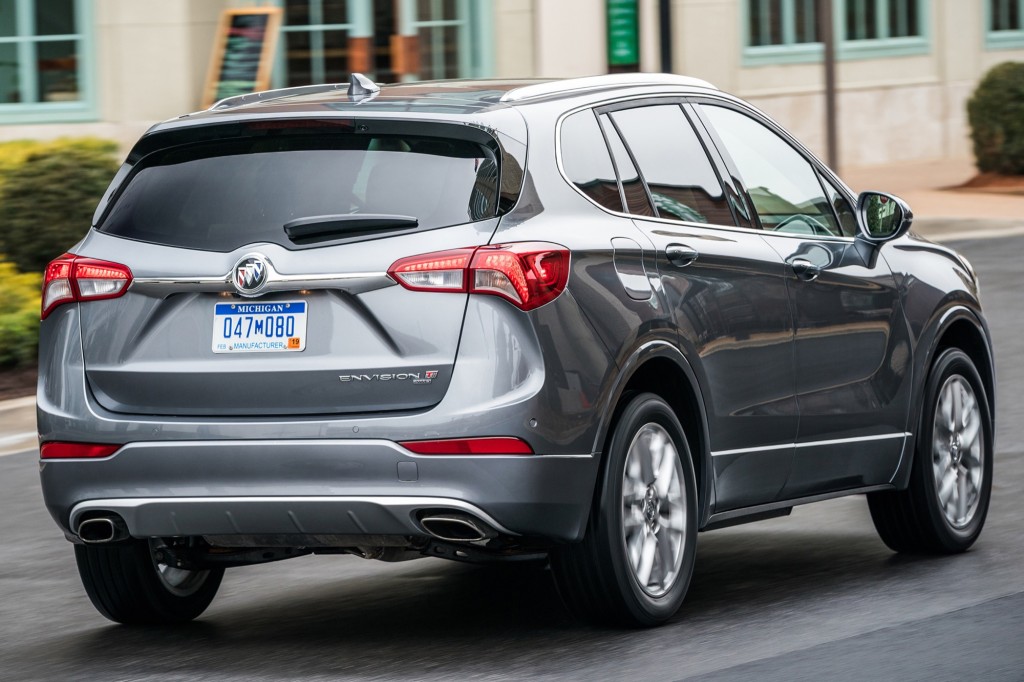 The Envision fills the correct product category at the right time, which makes its declining sales volume during the fourth quarter a rather disappointing turn of events.

We attribute the lackluster Buick Envision sales to the Envision being a less attractive product offering when compared to highly-competitive competitors from rival automakers, especially Lexus. Another factor that is beginning to work against the Envision is internal competition from GM’s own Cadillac brand, as the 2019 Cadillac XT4 compact crossover outsold the Envision despite being available for less than 50 days during the fourth quarter.