Bob Lutz, industry veteran, occasional curmudgeon, and former General Motors vice chairman, has opinions and no fear of espousing them. On a recent interview with CNBC’s “Squawk Box,” Lutz discussed many of Tesla’s recent announcements—the move to online sales, the closing brick-and-mortar stores, and the $35,000 Model 3 to name a few. Lutz doesn’t hide his skepticism about Tesla, and this interview is no different. He took particular umbrage with Tesla’s move to online sales while also criticizing the company’s ambitious plan to own its dealerships, real estate, and inventory.

Lutz said he’s not surprised Tesla CEO Elon Musk is backtracking on owning and operating its dealerships, calling it a massive misallocation of capital. Instead, he advocates for the traditional franchise dealership model—the rule around the world, according to Lutz, pointing out how the franchise dealership model is used in other countries like Russia and China. He does come off a tad old-school in his thinking in this part of the interview, calling into question how successful Tesla will be moving sales online. He noted there are aspects of the car-buying experience that has yet to be worked out such as used car sales, vehicle trade-ins, and more, adding that the traditional franchise dealership model will be the norm for the next decade or so. 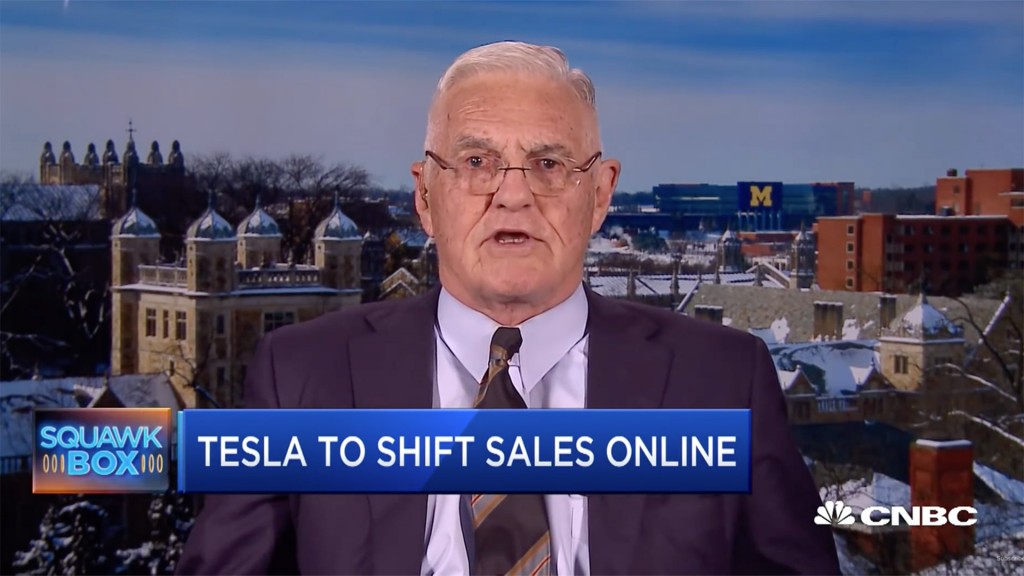 He also questioned Tesla’s ambitious plan to 500,000 sedans in the current market, as consumers are flocking to crossovers, SUVs, and trucks. However, it appears Tesla is hoping to help its position in the changing market. Musk announced, via his favorite PR outlet Twitter, Tesla would introduce the Model Y crossover March 14 with the new model on sale by the end of the year. The Model Y will share 75 percent of its parts with the Model 3, which will help with production and costs. This is something Tesla is struggling with in regards to the $35,000 Model 3, according to Lutz.