While Corvette Racing’s new mid-engine platform race car has yet to make its debut, speculation about the car is rampant and anticipation is high. The team has been racing the Corvette C7.R since the 2014 IMSA season and has been racing a front-engine car since its inception in the early 2000s, so the switch to a mid-engine platform quite a big deal for General Motors and Chevrolet.

Pilgrim can help us better understand what such a switch could mean for the team. The British driver joined Corvette Racing shortly after it was founded and has driven all sorts of factory-backed GM vehicles, including the Corvette C5-R, a Pontiac Daytona Prototype and the Pontiac GTO.R, among many more. He’s also piloted countless Porsches in a competition setting, including the legendary 911 GT1 and multiple generations of the 911 GT3 , along with the previous Ford GT GT1 race car. Pilgrim knows his way around a wide variety of race cars with different engine types and layouts, then. 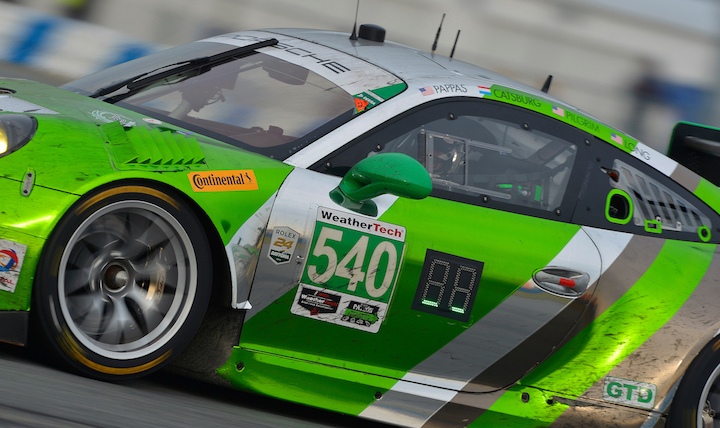 Pilgrim says the C8.R will likely feature more sophisticated suspension setup thanks to its mid-engine layout, which helps with cornering grip and the overall balance of the car.

“I’ve learned that with a front-engine configuration, you’ve got a ton of stuff packed around the engine,” said. “You need to connect the front wheels with steering, which typically resides under part of the engine. That means you can’t get the engine down low enough. With a mid-engine, you can lower the engine and have a ton of space to do what you want with the suspension/steering.”

Pilgrim said the mid-engine layout can help with braking balance as well, due to the more even weight distribution of the car. He also mentions some other factors someone who is not a racing driver might not consider, such as the better visibility enabled by having the engine behind you, allowing you to look further ahead into the corners, and the superior tire heating.

You can read the entire Corvette C8.R interview here.