The order guide for the mid engine Corvette C8 has allegedly leaked online, giving us a better understanding of what’s in store for Chevrolet’s highly anticipated new supercar.

The leaked order guide, which was sent to Jalopnik by an anonymous tipster, includes details about the mid engine Corvette’s powertrain, suspension and optional extras. If it is to be believed, the base version of the supercar will feature a 6.2-liter LT2 V8 engine. This jives with rumors we’ve heard that the base mid engine Corvette C8 would be offered with an evolved version of the 6.2-liter LT1 V8 found in the Corvette C7. Details on this new ‘LT2’ Small Block are slim, but you can expect it to produce more than 460 hp. Like the LT1, this engine will also have direct injection, variable-valve timing, and Active Fuel Management, the order guide indicates. 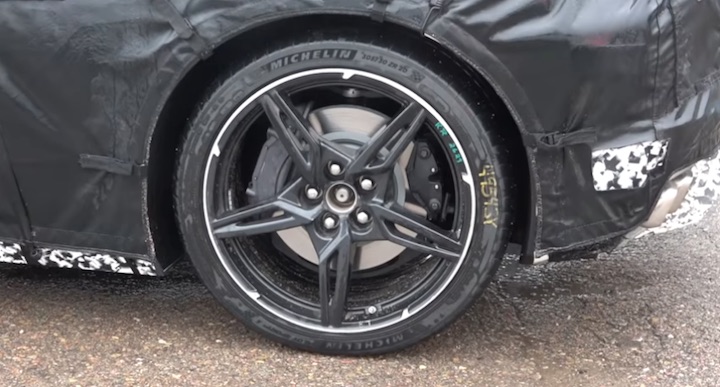 Three suspension setups will be offered, if this order guide is accurate. The base suspension is described as 4 wheel independent, while Z51 Performance suspension and Z51 Magnetic Selective Ride Control is available for extra. Four wheels options are listed as well, including the 5-spoke design (above) and 5-trident design, both of which we believe we’ve seen on pre-production prototypes. Two tire options are also shown, although a typo incorrectly lists one of the tire sizes at 10-inches.

Other notable options in the order guide include an electronic limited slip differential, a Z51 brake package, the Performance Data Recorder, ‘Contoured GT2’ bucket seats and red, yellow or black brake calipers. Painted, carbon fiber and transparent removable targa tops will be on offer as well, much like the C7 Corvette, with a Dual Roof option available. 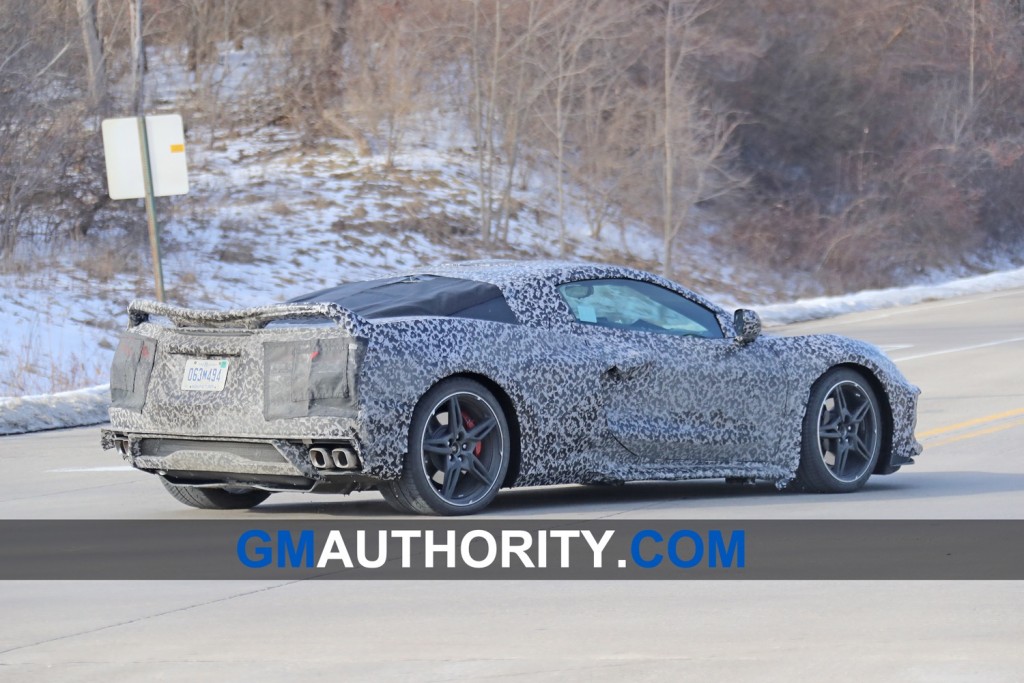 The mid engine Corvette C8 is expected to debut later this year, although it is understood that unforeseen delays in the vehicle’s development have pushed its launch date back.