Diesel engines have slowly crept into full-size pickup trucks even as some Americans remain outright hostile to the powertrain. A  slew of terrible diesel engines from American automakers have soured many on the technology. However, both Ram and Ford are now offering diesel powertrains for the 1500 and F-150, respectively, and Chevrolet will do the same for the 2019 Silverado. The Chevrolet Silverado will receive the 3.0L Duramax LM2 inline-six turbo diesel engine, and it appears the order books are open for the powertrain, according to TFLTruck.com. Order books allegedly opened earlier this week on March 11.

You may be able to order the LM2; however, powertrain specifications remain a mystery. However, TFLTruck.com does have alleged leaked—“unofficial”—specs. The documents suggest the 3.0L Duramax, which will pair with GM’s 10-speed automatic gearbox, will produce around 282 horsepower and 450 pound-feet of torque. The unofficial maximum towing capacity is rumored to be 7,800 pounds while highway fuel economy is estimated at 29 miles per gallon. 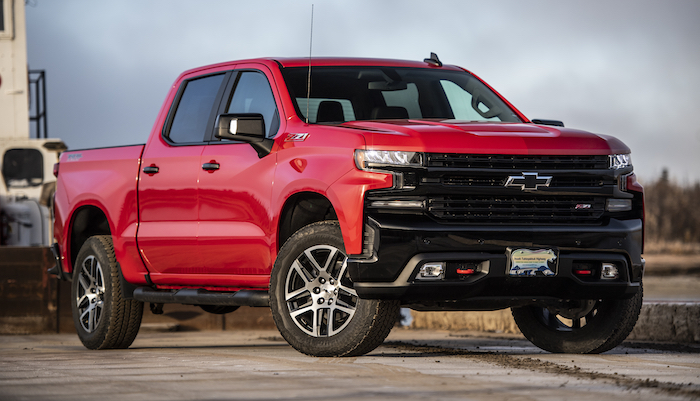 This meshes with what then-GM product chief, Mark Reuss said last year that the LM2 would be a class-leading powertrain. The closes competition powertrain comes from Ford’s new 3.0-liter V6 PowerStroke diesel in the 2019 F-150. The Ford engine produces 250 hp and 440 lb-ft of torque. The rumored specs beat Ford’s performance figures; however, Ford rates its diesel’s towing capacity at 11,400 pounds. Ram also offers a diesel—the 3.0-liter EcoDiesel V6—however, it produces just 240 hp and 420 lb-ft of torque.

“Now I’m not going to go into the numbers today, but some of our competition has already given their numbers on their new diesel, and I am really confident that we’ll have the best-performing diesel in this segment,” Reuss said last year. He’s now president of General Motors.