VIN-related documents submitted by GM to the National Highway Traffic Safety Administration (NHTSA) on March 22nd and seen by GM Authority show the turbocharged 2.0L I-4 LSY motor as part of the engine lineup in the 2020 Blazer. The engine is not offered in the 2019 Chevrolet Blazer, which offers the following two motors:

Both engines are mated to a different version of the GM 9-speed automatic transmission with either FWD or AWD (via two AWD systems). 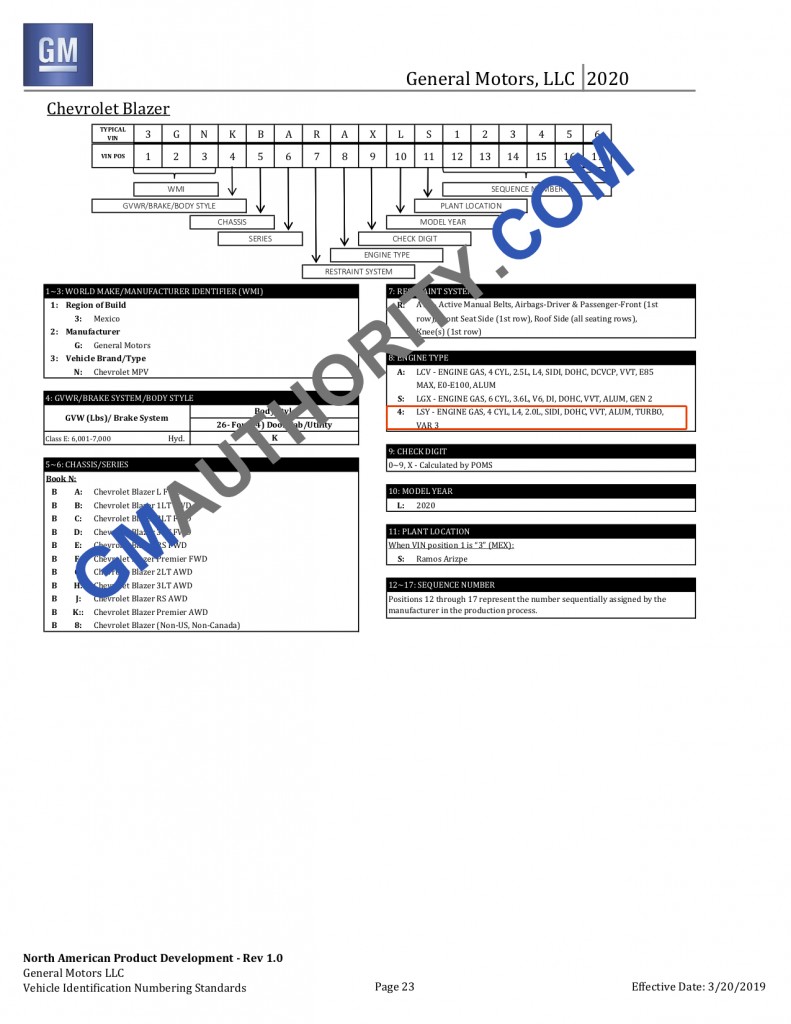 As such, the boosted 2.0L LSY engine would represent a new addition to the 2020 Blazer’s powertrain lineup. Both of the existing engines will continue being offered, according to the document.

The move to add the 2.0L Turbo LSY makes sense given that the Blazer’s platform mate – the GMC Acadia – is officially adding the engine to its powertrain lineup for the 2020 model year facelift. In the 2020 GMC Acadia, the 2.0L turbo LSY joins the 2.5L I-4 LCV and 3.6L V-6 LGX to make a GM-estimated 230 horsepower and 258 pound-feet of torque. Both the Blazer and Acadia are very related from a mechanical standpoint, riding on the regular-wheelbase version of the GM C1 platform. 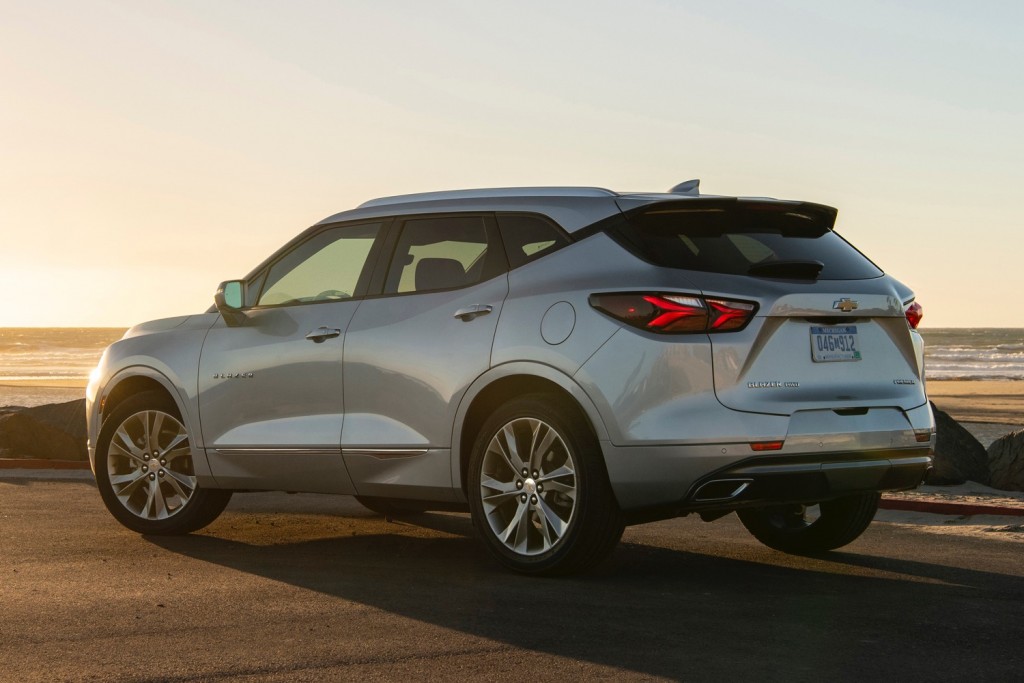 The LSY engine is GM’s newest turbocharged 2.0L engine succeeding the 2.0L LTG. It uses an innovative tripower valvetrain and dual-scroll turbocharging technologies to help optimize performance and efficiency in all driving conditions. The tripower valvetrain complements the turbocharging system to make the most of the engine’s available power at all speeds, while the turbo is a dual-scroll design developed to enhance low-speed torque delivery. Peak torque is available from 1,500 to 4,000 rpm, for a significantly exceptional feeling of responsiveness. 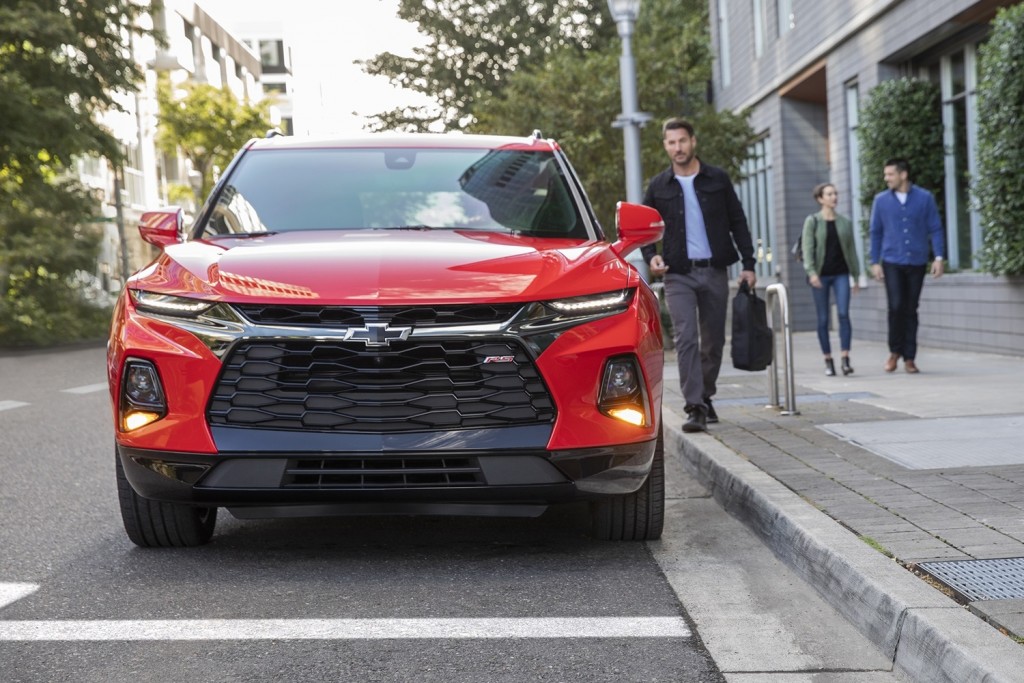 We expect the turbocharged 2.0L engine to be optional on some trim levels of the 2020 Blazer. The engine will be mated to the same 9-speed automatic gearbox as the existing powertrain options.

The new Blazer launched late in the fourth quarter of 2018 as a 2019 model year vehicle, giving Chevrolet entry in the growing mainstream midsize crossover space that includes the Ford Edge, Nissan Murano, Hyundai Santa Fe, Kia Sorento, Jeep Grand Cherokee, and the all-new Honda Passport. The first quarter of 2019 will be the vehicle’s first full quarter of sale.

The 2020 Blazer will represent the second model year of the all-new model. We expect several other, relatively minor changes, to also make their way to the 2020 Blazer. What those will be are currently unknown, but we will report on them as soon as we dig them up.

Subscribe to GM Authority for the latest Chevrolet Blazer news, Chevrolet news, as well as around-the-clock GM news coverage. And be sure to join the latest discussions in our Chevy forum.