For many Americans, the Hummer H1 represented 1990s’ success—it was large, obnoxious, and better suited for a far-flung theater of war than in the supermarket parking lot. Sales of the six-figure SUV were limited—never breaching more than 1,400 in a single year. In 2000, sales started to decline with General Motors selling only 252 in 2004. While there is no 2005 model year Hummer H1, there is the 2006 Hummer H1 Alpha—re-engineered with a Duramax engine and an Allison gearbox—that saw production in both 2005 and 2006, and that’s the truck you see above, which is for sale on Bring A Trailer.

The Hummer H1 Alpha above is one of just 729 Alphas ever built, powered by a 6.6L Duramax turbo-diesel V8 making 399 horsepower and 520 pound-feet of torque, which pairs with an Allison 5-speed automatic transmission. The Alpha saw several improvements over its predecessor, including the use of more steel in the vehicle’s structure, revised steering, an updated electrical system, and a more luxurious interior. The example above, covered in Competition Yellow, features a hilariously mounted factory bench seat between the rear buckets, allowing for six total occupants. 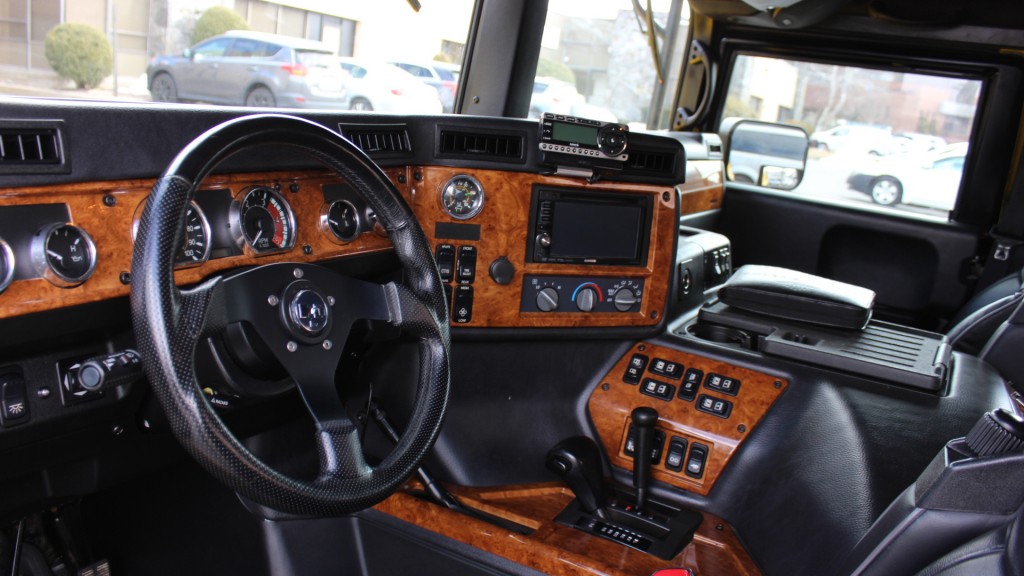 This 2006 Hummer H1 Alpha has just 29,000 miles on the odometer. On top of all that, the SUV comes with four new tires, which were installed less than 200 miles ago, a clean CarFax report, service records, clean New York title, and factory books. The seller repainted two of the doors, as well. However, it’s not perfect. There are some blemishes here and there, and the front brush bar is bent. The current bid sits at an astonishing $101,000, and is open for two more days—will the price climb higher?