Mecum Auctions will sell off a relatively rare 1993 Chevrolet Silverado Indianapolis 500 Pace Truck Edition at its upcoming Indy 2019 auction in May.

This particular example isn’t mint condition by any means, but for that reason, it may sell for a bargain when it crosses the auction block ahead of this year’s running of the 500-mile race. Some rust in the engine bay and minor exterior and interior cosmetic blemishes indicate this truck has been well-used, however it still comes with the original 350 V8 engine, original automatic transmission and the original wheels.

Other notable options on this truck include a roof-mounted visor, a tonneau cover, a locking tailgate and air conditioning. It’s not clear how many miles it has, although you can always contact Mecum for more info if you’re interested in this radically retro pickup. 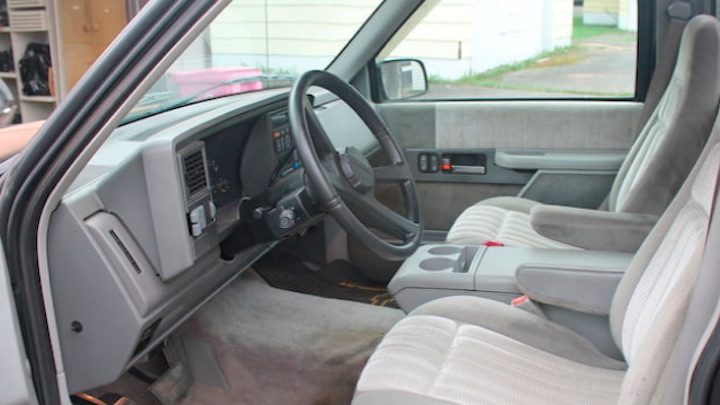 If you’re wondering, the 1993 Indy 500 was won by Emerson Fittipaldi, with an Ilmor-Chevrolet engine powering his Penske chassis and him to victory. The popular Brazilian driver took the lead with 16 laps to go and led to the checker, earning his second win in the so-called ‘Greatest Spectacle in Racing’. This was also the year that Fittipaldi controversially broke Indy tradition and chose to drink orange juice from his orange farm instead of milk after the race, saying: “Well, I’m going to drink the orange juice, that’s my producer..”

The 1993 Chevrolet Silverado Pace Truck is being offered without reserve and will be sold off on May Tuesday, May 14th.