The second race of the 2019 IMSA WeatherTech Sportscar Championship, the Mobil 1 12 Hours of Sebring, is nearly upon us.

IMSA recently held a pre-race test at Sebring, allowing teams in the championship to test their equipment at the grueling south Florida raceway ahead of the annual endurance race. Testing at Sebring is not only beneficial for the 12 Hours of Sebring, but also helps teams gather valuable data for the rest of the season due to the track’s torturously bumpy surface and decent variety of turns.

Hyping fans up ahead of the 12 Hours of Sebring, Corvette Racing driver Tommy Milner has uploaded a video of him testing the team’s Chevrolet Corvette C7.R at Sebring. The video is actually from a test in 2016, with Corvette Racing not participating in the most recent Sebring test day from what we can tell, but it’s extremely interesting nonetheless. Unlike many onboard videos, this video isn’t just of one or two condensed and edited laps. This is the raw footage from Milner’s helmet cam and contains over 10 minutes worth of great driving and uninterrupted 5.5-liter V8 noise. 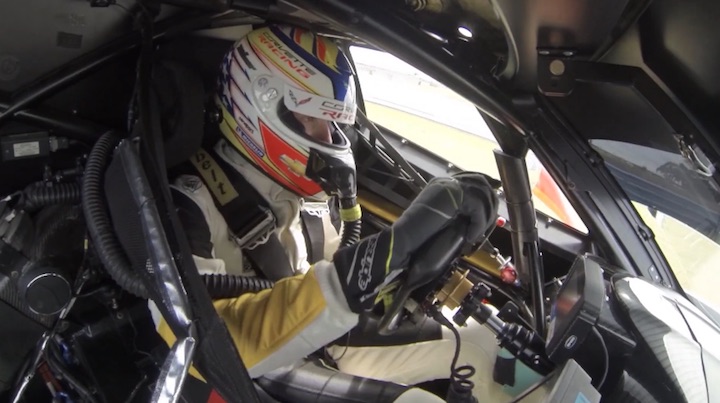 Stick around long enough and you will even see Milner go for a small spin at Sebring’s Turn 13 shortly after the 9 minute mark. It looks as though the American driver carried a little too much speed into the corner and the Corvette C7.R just didn’t have enough grip to make it stick. Nevertheless, Milner carries on his way and continues to drive for another minute or so before the footage ends.