Now that General Motors has announced its all-new 6.6L V8 L8T gasoline engine for the 2020 Chevrolet Silverado HD and 2020 GMC Sierra HD, we can start wondering what other GM vehicles will get it next. And immediately, a perfect candidate come to mind: the Chevy Silverado Medium Duty.

The 2019 Silverado Medium Duty lineup, comprised of the Class 4 Silverado 4500HD, Class 5 Silverado 5500HD, and Class 6 Silverado 6500HD, launched with a Duramax 6.6L V8 turbo-diesel engine mated to a wide variety of Allison transmissions – a legendary combination that has been the powerhouse behind nearly two million trucks. 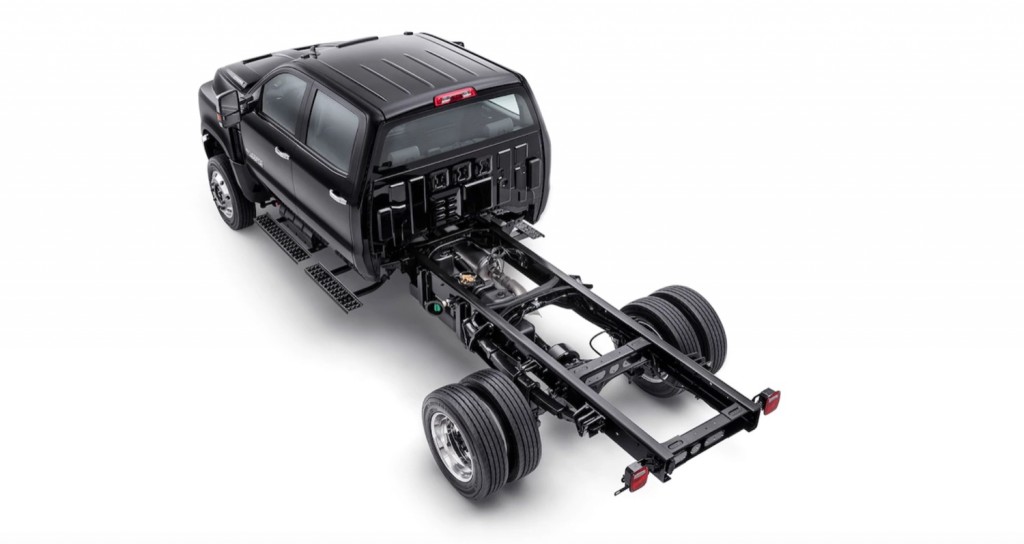 Specifically, the Duramax motor in the Silverado Medium Duty – the 6.6L Duramax Diesel V8 L5D – is rated at 350 horses and 700 pound-feet of torque. The L5D is a derivative of the 6.6L Duramax V8 L5P offered in the Silverado HD and Sierra HD. GM claims that only “minor differences” separate these two diesel engines, but it’s worth noting that the L5D makes 95 horsepower and 210 pound-feet of torque less than the L5P. The L5D Duramax is currently the only engine offered in the Silverado Medium Duty. And all that brings us to the L8T.

Not everyone wants or needs a turbo-diesel V8 in their Class 4, 5 or 6 commercial truck. Many would be just fine having a modern gasoline engine, and some would probably prefer a gasoline powerplant over the turbo-diesel heart. 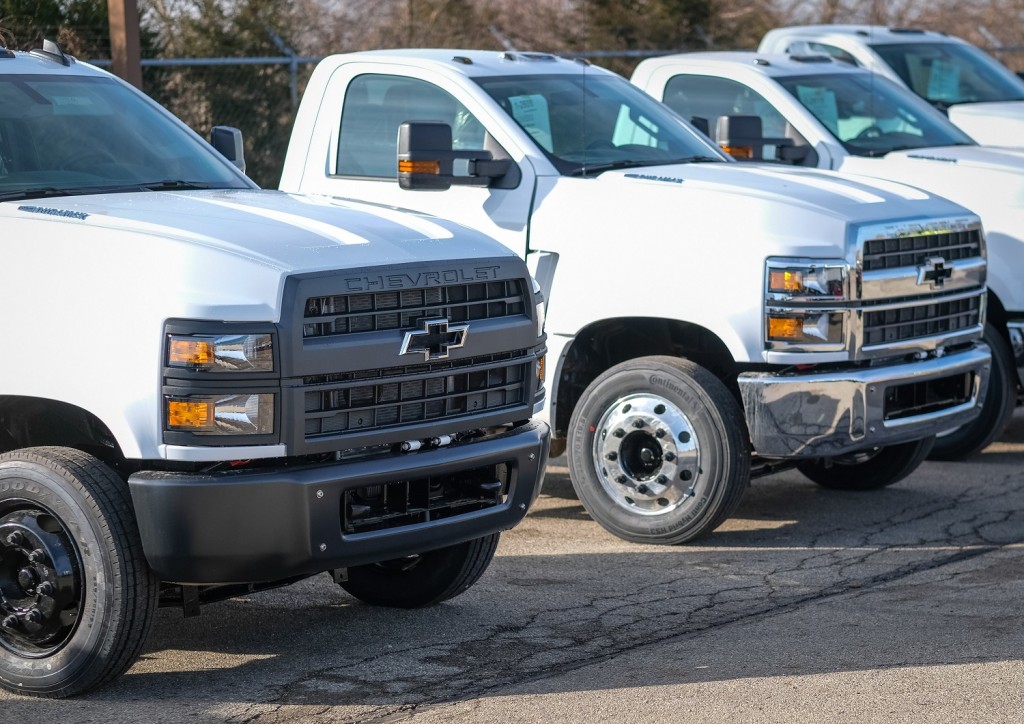 Then there is the fact that a gasoline engine is less expensive than the Duramax turbo-diesel to produce (for GM) and potentially to operate (for owners), enabling Chevrolet to offer the Silverado Medium Duty at a lower base price than the current $46,970 starting MSRP.

Based on GM’s fifth-generation Small Block engine architecture, GM’s new 6.6L V-8 L8T gasoline engine is SAE-rated at 401 horsepower and 464 pound-feet of torque in the 2020 Silverado and Sierra HD. It runs an iron block with aluminum heads while featuring direct injection and variable valve timing at a 10.8:1 compression ratio. All that enables it to make robust power low on the power band, which is particularly helpful when it comes to towing.