Late last year, Cadillac rival, Lexus, launched an entry-level subcompact luxury crossover that juxtaposes performance agility and urban styling cues. Called Lexus UX, it is the brand’s smallest and most affordable crossover SUV to date. It slots below the compact NX, midsize RX, and “midsize-plus” RX-L. And that leads us to wonder whether GM will find a way to offer a future Cadillac crossover of subcompact proportions. In other words, a B-segment Cadillac CUV to slot under the XT4.

Here’s a comprehensive look at the competitive environment, and potential positioning of the hypothetical model.

Should GM/Cadillac choose to produce a subcompact crossover to directly rival the Lexus UX, it will be interesting to see such a model comes to fruition. Such a model would most most definitely ride on a GM Vehicle Set, with VSS-F being the most likely candidate.

The potential subcompact Caddy would likely be called XT3, clearly indicating its place below the compact XT4, midsize XT5, and the recently-revealed XT6 “midsize plus” crossover.  Other plays in its segment including the Infiniti QX30 and Volvo XC40, as Acura doesn’t have a subcompact CUV offering… yet. Things get a little more interesting when it comes to pricing. Cadillac‘s current positioning strategy involves offering a slightly lower base price when compared to direct rivals from Lexus in order to capture purchase consideration and, ultimately, sales volume. If Cadillac continues with this strategy for the hypothetical XT3, then it will likely end up pricing the model right at the $30,000 mark. Midsize-plus XT6 seats 6 or 7 passengers, depending on configuration

If the hypothetical vehicle is based on the VSS-F architecture, then a small-displacement four-cylinder engine would sit transversely under the hood driving the front wheels by default. A front-biased all-wheel-drive system would be optional.

In all, a subcompact Cadillac crossover to slot under the XT4 seems like an interesting proposition, one that will undoubtedly add a good chunk to the brand’s sales volume, albeit not in an entirely exciting fashion. Whether such a model will actually make it to market is anyone’s guess at this point. 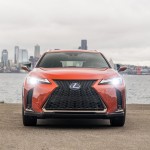 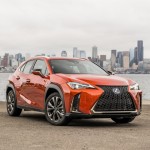 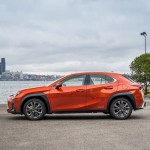 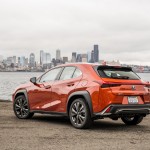 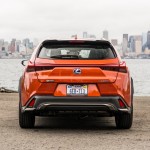 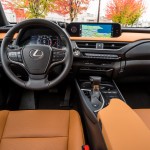