Back in the 1980s, the minivan was a new concept to consumers. Chrysler introduced the first minivan in the U.S. in 1984 to great fanfare while spelling doom for the family station wagon. General Motors was quick to respond the following year with the M-body van—a miniature version of its full-size van lineup. The Chevrolet Astro and GMC Safari were larger than its competitor, giving it a handful of advantages this MotorWeek review highlights.

The rear-wheel-drive vans came in both passenger and cargo versions, with seating ranging from two to eight people. The base cargo Chevrolet Astro started at a modest $7,821 while the entry-level passenger version commanded $8,195. Power came from a 98-horsepower 2.5-liter four-cylinder paired with a four-speed manual. Option gearboxes included a five-speed manual and a four-speed automatic. An optional 4.3-liter V6 paired with a four-speed automatic with overdrive was available, producing 200 horsepower. 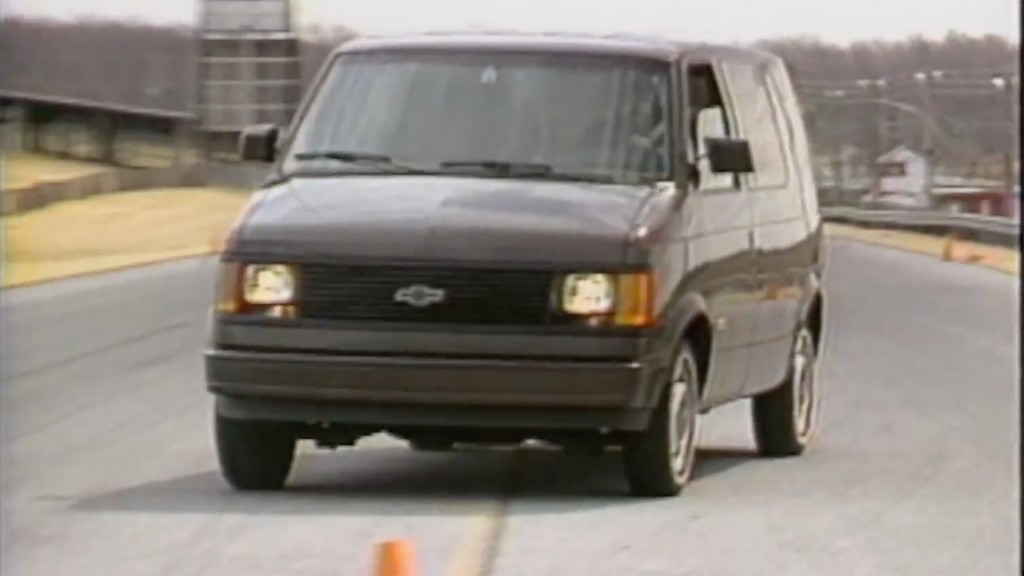 The MotorWeek test model in the video had the larger engine with some modest amenities. The test version had a price tag of $12,819, which is nearly a 50-percent increase in price over the base passenger model. General Motors took many of the powertrain components from its various pickup trucks, which gave the van a towing capability of 5,000 pounds with a cargo capacity of 1,700 pounds. A sprint from zero to 60 miles per hour still took the van 11.8 seconds.

The most interesting part of the video is near the end when the team takes the Chevrolet Astro through its handling course. The Astro is claimed to have Corvette-like composite leaf springs at the rear suspension, which is a heck of a tie-in. However, it handled like a van and not a sports car, which should surprise no one.

The 1980s were weird. A new segment came out of nowhere, giving us the Chevrolet Astro and others in an attempt to compete with Chrysler’s minivan. While the van oozed practicality, they were still quirky. The video highlights how most service work on the powertrain had to be performed from inside the cabin, accessing the mechanical bits through an engine cover underneath the center console and dash.

Even though these GM vans launched in the eighties, a body-on-frame van with this proportion would likely resonate with many off-grid vagabonds west of the Mississippi. And as the Astro and Safari were at the right place at the right time back in the day, we can’t help but think that they may be welcomed again right now.