Here’s something you don’t find every day: an eight-wheeled Buick motorhome. Called the ShamRockAway, it was built in the 1960s by noted Buick enthusiast and RVer J. Dennis McGuire of Alma, Michigan.

The ShamRockAway was built from four 1962 Buick station wagons into one large, functional motorhome that’s definitely a sight for sore yes. As explained by the late creator, he “kept one wagon whole in the middle, split another in half, and welded the front and back on the one in center.” There are also pieces from two more Buick wagons to make the entire equation come together. The result is certainly remarkable and interesting, to say the least.

In fact, McGuire seems to have coined a slogan in building the ShamRockAway: “Old Buicks never die – they just stack up.”

“Dad’s creation surely brought many smiles to people’s faces. That was dad. An Irishman, with lots of sayings, he enjoyed making people smile,” wrote McGuire’s daughter, Colleen, who provided a brief history of the motorhome along with these photos to ensure the build would get the recognition it deserves. She notes that her father passed away in 1990 and that he would probably love the attention that ShamRockAway is getting today. 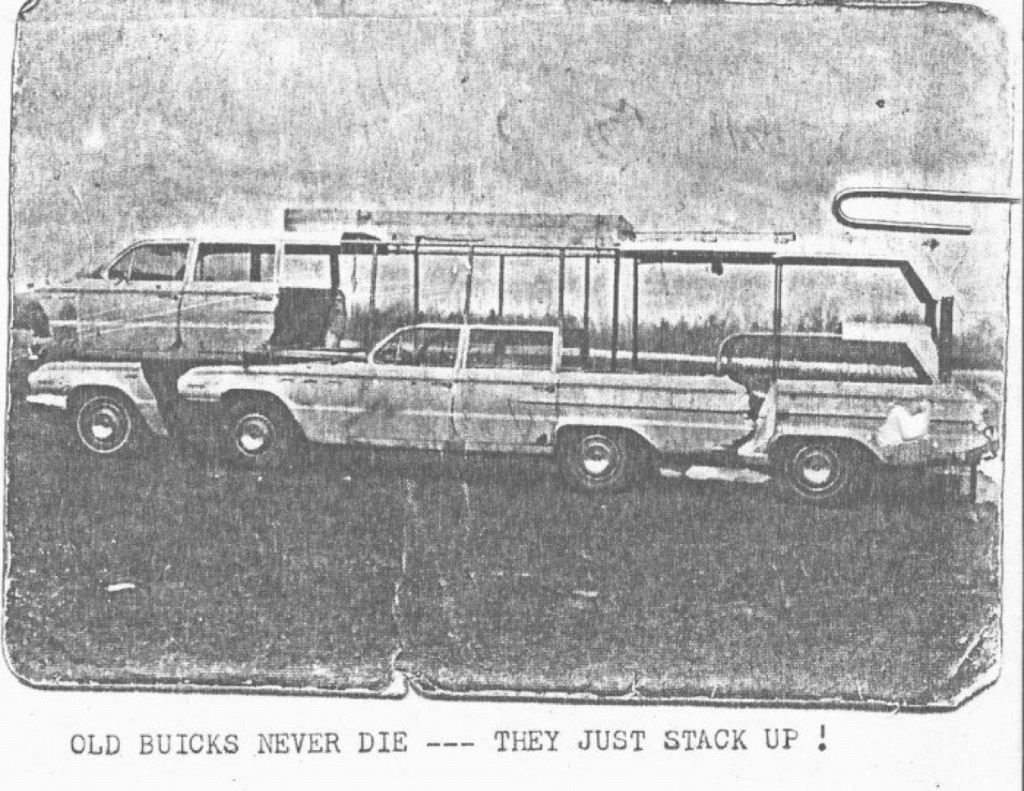 In looking at this Buick motorhome, you might find yourself asking “why?” Well, J. Dennis McGuire would simply respond with a solid, “why not?” He preferred Buick cars because of their smooth ride, for which reason he decided to build a motor home with the same levels comfort offered by his favorite General Motors brand.

Colleen describes her father as both an inventor and motorhome aficionado. Some of his projects included converting a 1942 school bus into a camper and transforming a 1958 Flexible coach in the 1960s, with which he and his family toured the United States. Dennis was also one of the founding members of the Family Motor Coach Association (FMCA). 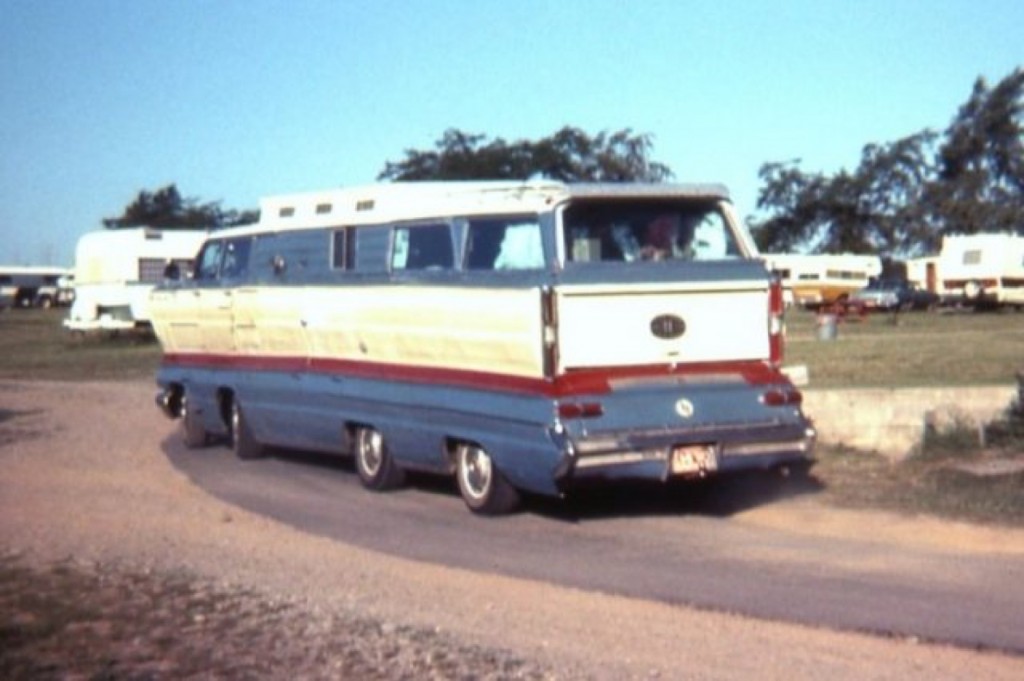 The ShamRockAway also has a specially-designed steering gearbox that allowed all four front wheels to turn with no issue. Think of it as a precursor to GM active rear steering / QuadraSteer technology. McGuire’s son, Michael, built the custom power steering gearbox in order to provide enhanced control of the Buick motorhome on the road.

The motorhome spread out its 9,960 curb weight almost evenly across each of its eight wheels; the third axle on this vehicle is the one which drives the rig. The standing height of the ShamRockAway is 6 feet with a length of 28 feet, bumper to bumper.

Other notable features include: 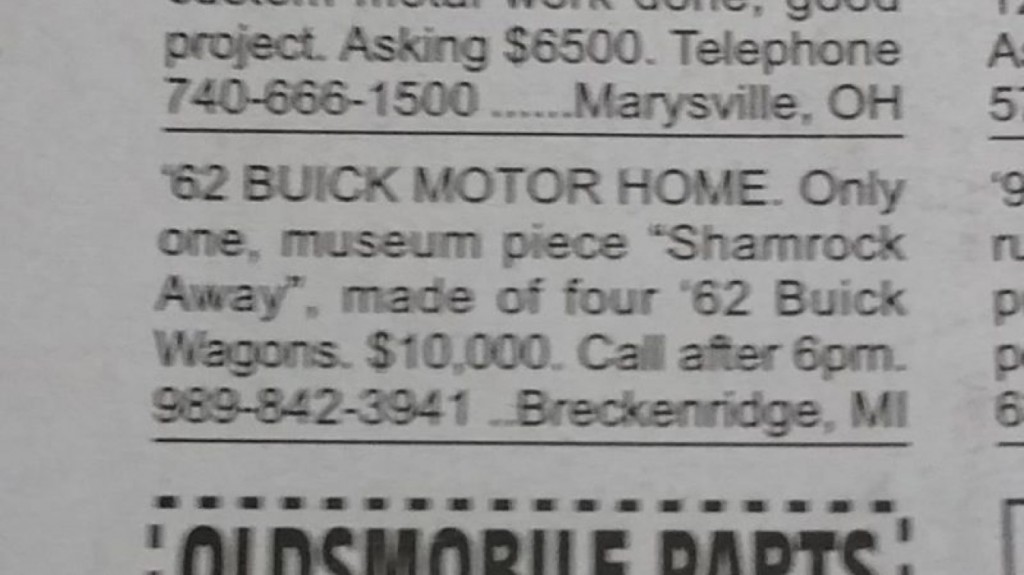 McGuire completed his project at the age of 69. He and his wife, Lucile, traveled through many states, including Arizona and Pennsylvania, in the ShamRockAway. They would often log some of the unusual comments they would get from passersby.

The ShamRockAway still exists today. In fact, someone had purchased it from a wrecking yard. Whether it will get restored is another question and one we hope to have answers to at some point. It would be a shame to let such a unique creation fall to nothingness.