The long-term reliability of electric and hybrid vehicles remains sparely navigated. Mass-market EVs and hybrids are relatively new in the automotive industry, and owners are experiencing a wide range of situations as their vehicles collect the miles. One first-generation Chevrolet Volt owner, Erick Belmer according to his YouTube channel, should see his Chevy surpass half-a-million miles by the end of the year. However, the car does have a few issues.

In the video above, the Chevrolet Volt has 467,838 miles on the odometer. That’s a lot of miles for any vehicle regardless of the powertrain under the hood. While nearly 500,000 miles is an achievement, it did cost some extra cash to keep it on the road. In the video, Belmer says many of the car’s current issues cropped up after an accident. In the last 18 months, he’s poured about $7,000 into the Volt, trying to squash the gremlins that have appeared since the accident. 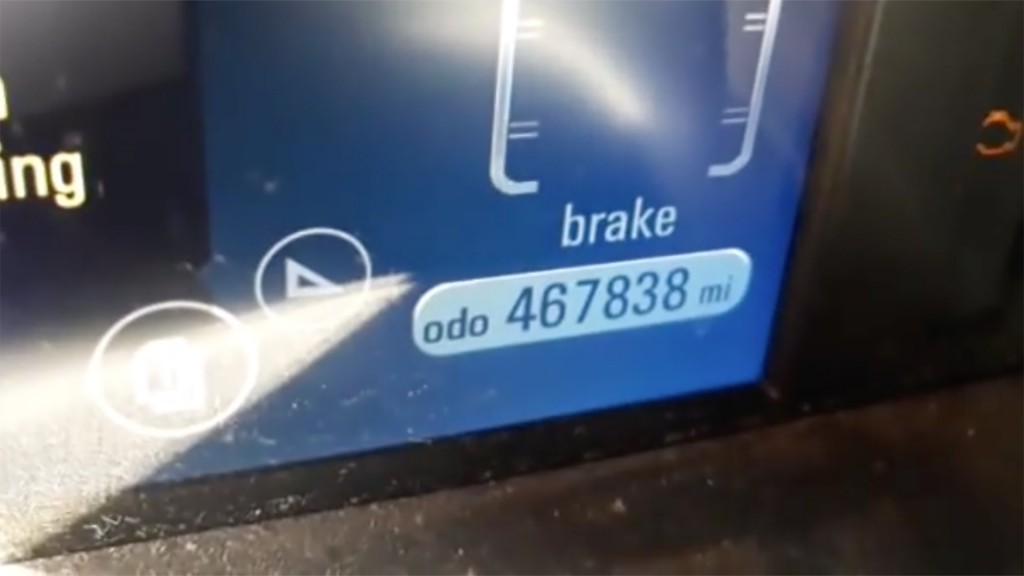 One of the most significant issues is the Volt’s inability to take a charge, and has been using the vehicle’s internal combustion engine ever since the accident, despite the $800 spent to replace the charging port. He then spent $1,900 to replace the internal charging hardware. This worked for two months before it got cold outside. He then replaced the coolant level sensor, which allowed the vehicle to take a charge about another 30 days or so.

He’s confident that once it warms up the Chevrolet Volt will take a charge, and from the sounds of it, battery degradation is minimal. Before the Volt stopped taking a charge, a full battery would provide about 36-38 miles of pure electric propulsion, which is a noticeable, yet minimal, decrease for the 42 miles he got when the car was new.

It also sounds like he’s had problems getting quality service on his vehicle, noting he’s from a small town. At one point, the vehicle was in the shop for 34 days, and technicians were unable to find a coolant leak for the system that keeps the charging hardware at the proper temperature. There are other issues, too, like the seat belt chime no longer working and some wearing of the steering wheel. However, he’s said he’s had no significant issues with the car since the accident—its’ just showing its age.

Nearly 500,000 miles is HD truck territory, and Belmer is charging towards this major milestone in a humble Volt. It’s a real shame that it didn’t catch on.