The automotive world is filled with weird, wondrous, and wacky creations. With enough time, expertise, and financial resources, any idea can become a reality. This could cause problems down the road when the owner of a unique creation, who’s trying to sell the wild vehicle in hopes of starting a new project, can’t find someone with same vision to buy it. There are unique builds that should not work—an odd pairing of aesthetic design and mechanical hardware that makes you question what’s in the water. However, there are builds that rise above the rest like this 1973 Chevrolet Impala donk with the heart from a Toyota Supra discovered by The Drive.

A donk often refers to Chevrolet Impala or Caprice from 1971 to 1976 with the aesthetics you’ve come to expect from such a vehicle—raised suspension, massive rimes, and a mint paint job. But for Craig, he wanted to do something a tad different in hopes of inspiring others to step outside the box. Often, a donk receives a burly American LS V8, but Craig looked elsewhere for horsepower. 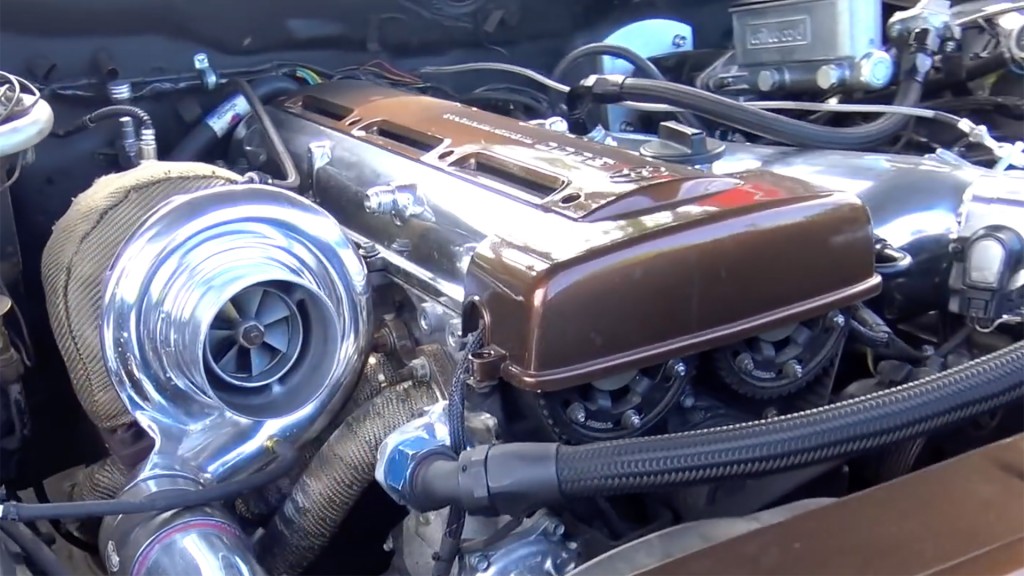 Elsewhere happened to be the engine bay of the fourth-generation Toyota Supra. There, he found the iconic turbocharged 3.0-liter inline-six 2JZ-GTE engine. However, he didn’t leave it stock, cranking output to 760 horsepower. In the video, Craig says the engine is capable of handling 800 horsepower stock.

“I like to do things different…I’m just hoping to surprise the streets with something new and something crazy, and influence others to do the same,” Craig says in the video.

While the pairing is odd—an American classic with a Japanese sports car—the final result is striking. Any commoner would expect The Chevrolet Impala would have an American V8 engine the hood. However, once Craig starts it up, any idea a V8 lies under the hood would disappear. Craig’s creation goes to show that you aren’t constrained by conventions in the automotive world. Build what you love, and others will appreciate it. And it’s not uncommon for the 2JZ to end up in other Chevrolet products like a Camaro or Corvette.