General Motors is doing rather well in the mainstream compact crossover segment, having delivered 446,932 combined units of the Chevrolet Equinox and GMC Terrain in the 2018 calendar year (in the United States). That’s enough for a 14.4 percent market share – the highest in the segment for any single automaker. But if there eve was one obvious downside against the bread-and-butter Chevy Equinox, it would be the exterior design – which is rather bland compared to some of the newer offerings, such as the new Toyota RAV4 and Nissan Rogue Sport. A midcycle update should help that, and that’s exactly what we have here for you today – our first look at the 2020 Chevy Equinox refresh. 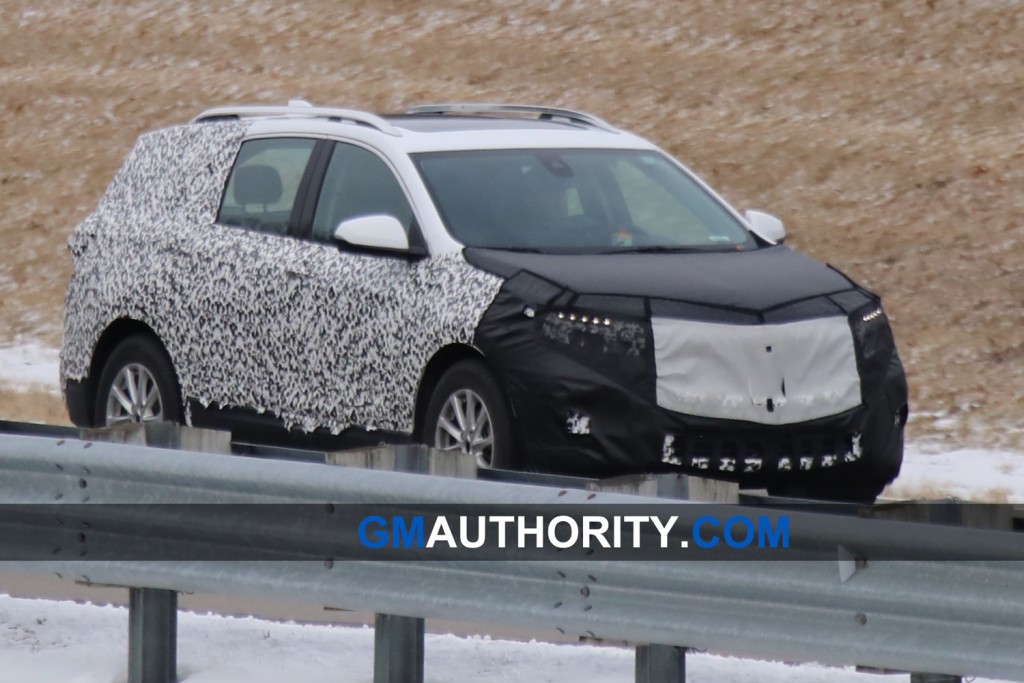 We captured the prototype of the updated Equinox undergoing testing at GM’s Milford proving grounds. The tester is wearing a significant amount of camouflage not only on the front end, which is to be expected, but also around the C- and D-pillar areas. This suggests that the updates in store for the 2020 Chevy Equinox will be more extensive, and deliver updates to the front-end, rear-end, and the rear three-quarters.

This particular prototype is not wearing production headlights, but instead features a set of placeholder lights up front. What, exactly, is lurking under the camo of this 2020 Chevy Equinox tester is anyone’s guess at this point. 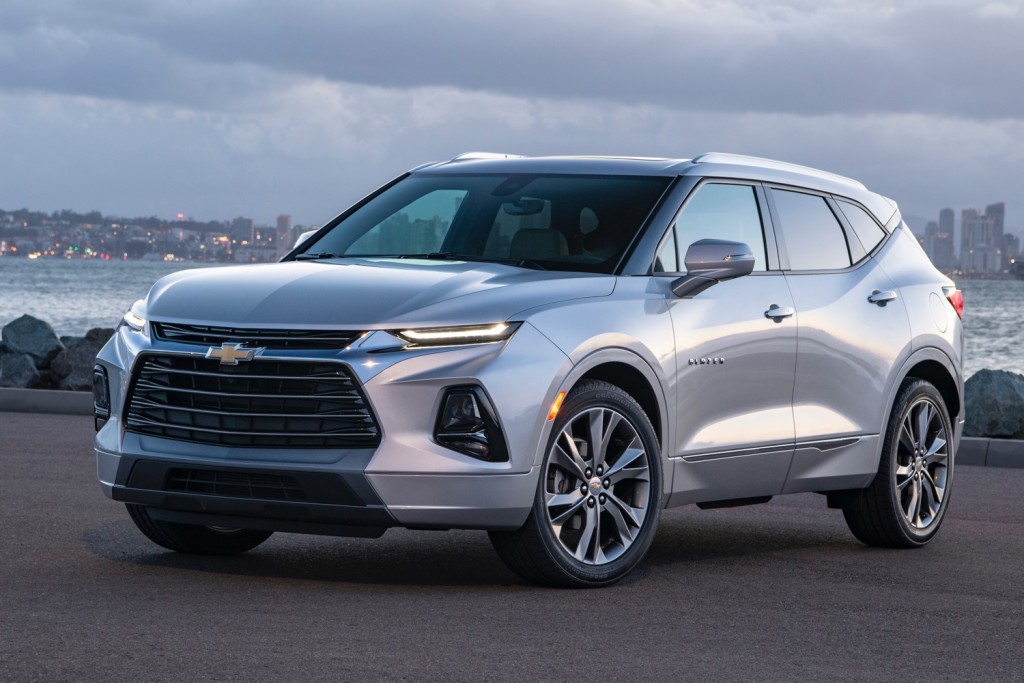 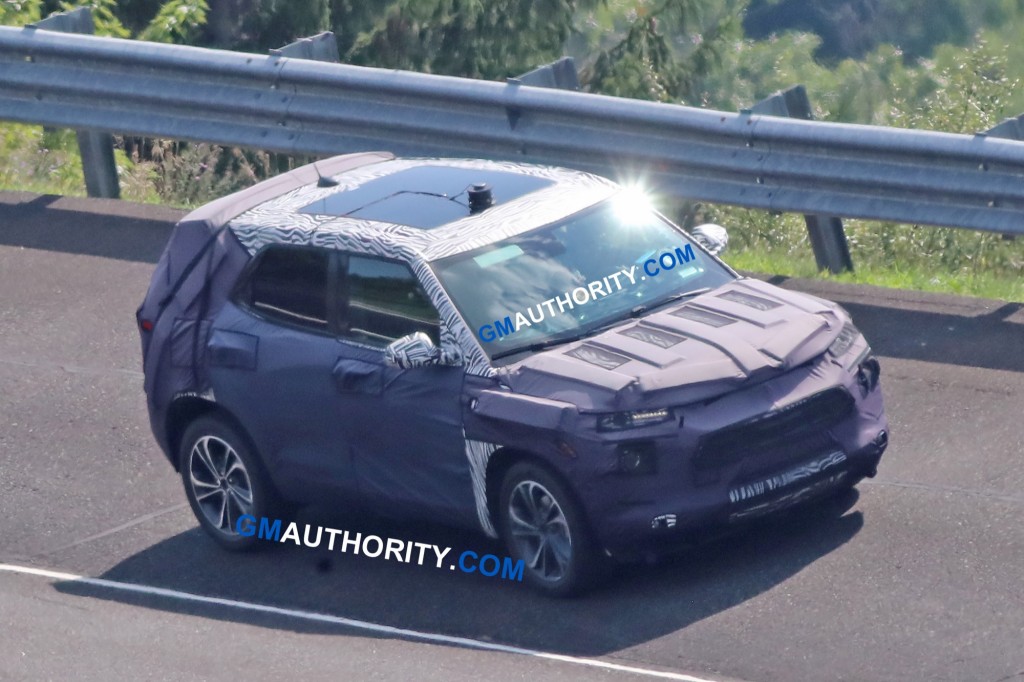 It’s worth noting that the brand has been moving towards a more rugged exterior design aesthetic, especially with the 2019 Blazer. Spy shots indicate that the upcoming, 2020 Chevy Trax will follow the general design direction introduced by the Blazer. But in order for the Equinox to follow in the Blazer’s footsteps, the model will have to get a complete overhaul (redesign and re-engineering), since the current model wasn’t developed with the elements necessary for a Blazer-like design. 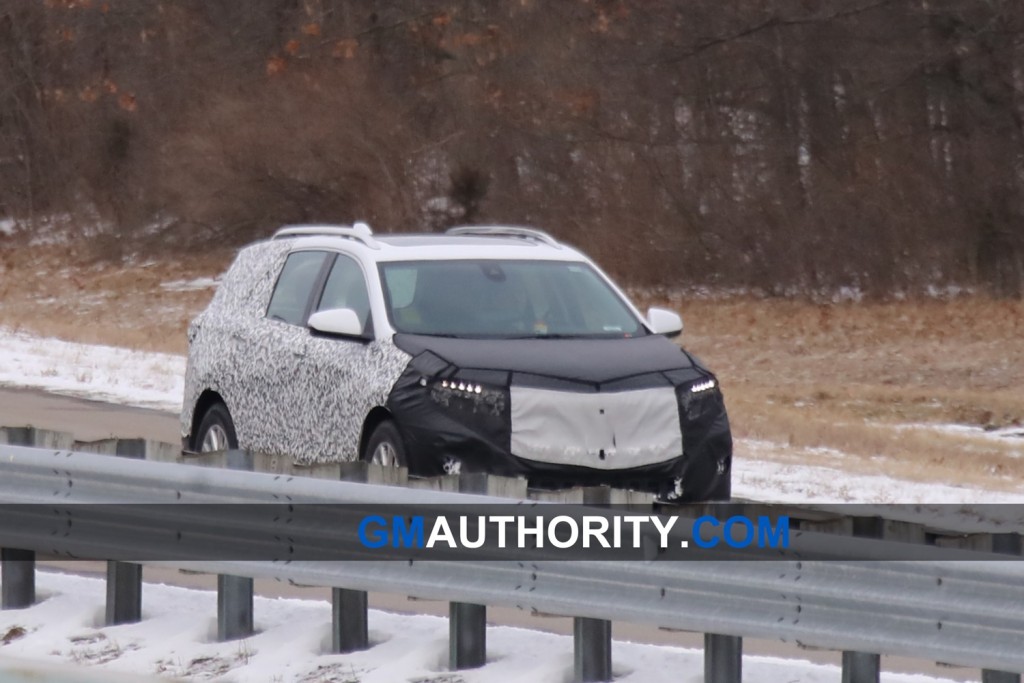 Outside of design-related changes, expect the 2020 Chevy Equinox refresh to bring some updates to the interior as well as to the powertrain. For instance, the 6-speed automatic transmission, which is currently mated to the base 1.5L I-4 LYX turbo-charged gasoline engine and 1.6L I-4 LH7 turbo-diesel, should be replaced by the new GM 9-speed automatic. It’s also possible that the optional turbo-charged 2.0L LTG I-4 petrol mill will be replaced by its successor, the 2.0L LSY I-4.