There’s a certain appreciation in the Corvette community for the 1963 split-window. That car ushered in the second-generation Corvette, which is often regarded as the most attractive Corvette design ever. Sadly, the split-window design lasted for just one model year, making examples rare. That’s why when one comes up for sale or auction, it makes headlines like this split-window 1963 Chevrolet Corvette Sting Ray.

This example, set to hit RM Sotheby’s Amelia Island auction March 8 and 9, is painted in Sebring Silver exterior paint. Under the hood is an RPO L84—the 360-horsepower fuel-injected 327-cubic-inch Ram-Jet V8—paired to a four-speed manual gearbox and power brakes. The silver exterior contrasts with the fully restored black interior, which features an AM Wonderbar radio. The car has just under 48,000 miles on the odometer. 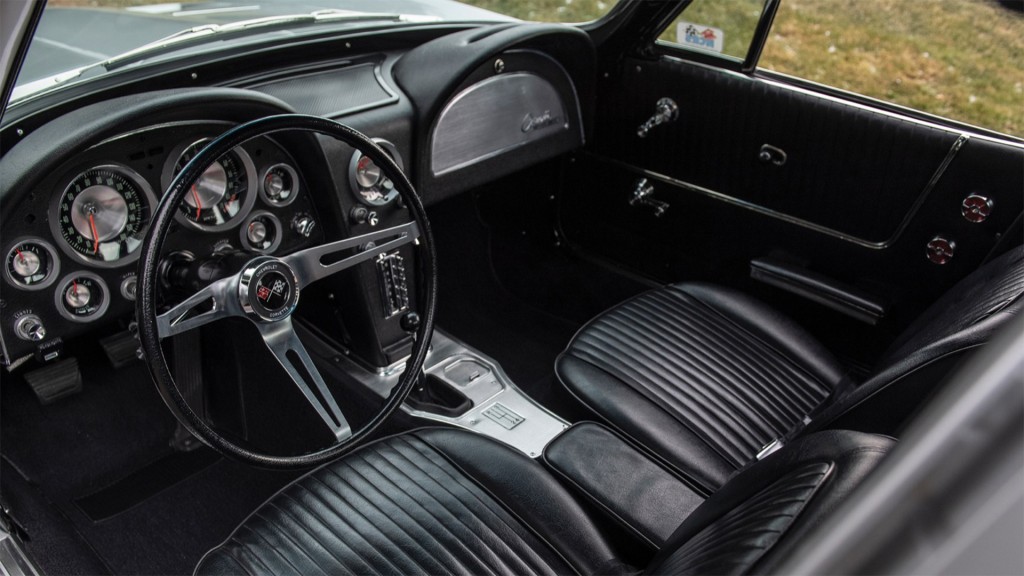 The story behind the 1963 split-window Chevrolet Corvette is fascinating. Bill Mitchel, General Motors vice president of global design who ran a secret design studio, ordered former Corvette designer Peter Brock to put a straight line down eat middle at the rear of the Corvette in Brock’s sketch. Zora Arkus-Duntov, the father of the Corvette, hated the design, getting into a shouting match with Mitchel, who trough Duntov out of the design studio. Sadly, the design only lasted for the 1963 model year.

Pristine examples of the split-window Chevrolet rolling across the auction block are rare. One example in 2014 went to auction after a $160,000 restoration. Another that same year was discovered in a garage in a dilapidated state. That seller wanted $45,000. Another in 2017, which we called the “Eleanor Mustang Of Corvettes” was up for auction with an estimated value of $350,000 to $450,000. At that price, this example feels like a steal.