The Buick GNX for sale is No. 480 of the 547 produced. According to the ad listing, Ralph’s Buick in Mena, Arkansas originally sold the vehicle, which ended up in a Texas dealership showroom. The seller acquired the car in 2002, storing it in a climate-controlled showroom. Whoever buys the Buick GNX is getting much more than the pristine Buick. The GNX still features the factory protective plastic coverings inside. Other items included in the sale are the original window sticker, warranty booklet, factory owner’s manual, and a clean Wisconsin title. 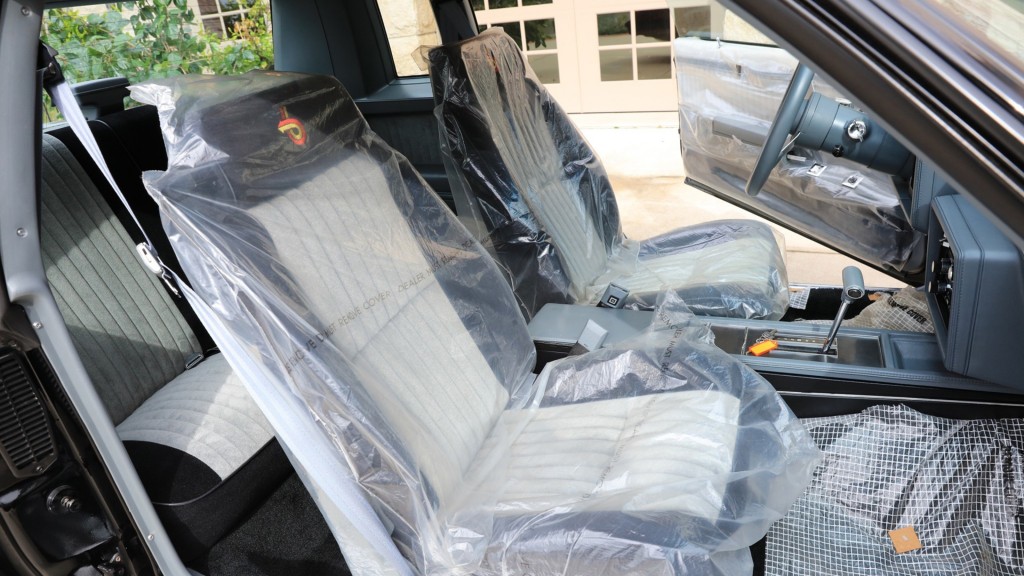 Under the hood is a 3.8-liter V6 with a Garrett T3 turbocharger cranking out 276 horsepower and 360 pound-feet of torque, making it 0.3 seconds quicker in a quarter-mile race than a Ferrari F40, rocketing down the drag strip in 12.7 seconds at 113 miles per hour. The engine pairs with the Hydramatic 200-4R four-speed automatic transmission, which powers the rear wheels—16-inch alloys wrapped in Goodyear Eagle VR50 tires. The owner says they are original.

Right now, the current bid sits at $106,000 with the auction closing in three days. This eight-mile example is cheap compared to other Buick Grand Nationals and Buick GNX examples sold in the last few years. One GNX with 1,500 miles on the odometer sold for $117,700 at auction. Another example sold for $163,000. However, it seems low-mile Buick GNXs aren’t uncommon. In 2014, one with only 45 miles sold at Mecum. Another with 6,330 miles was up for sale in 2015. If you’re waiting for the first Buick GNX ever sold to a private customer or the last GNX, we’re sad to report those both recently rolled across the auction block in 2016 and 2017, respectively.