The seemingly never-ending undressing of Chevy’s mid-engine Corvette C8 continues, as enthusiasts, fans, journalists, and industry followers look to better understand the upcoming sports car. Today, our spy shooter captured a prototype wearing production lights front and back. Despite the prototype continuing to wear a significant amount of camouflage, we do get our first look at several noteworthy lighting characteristics. 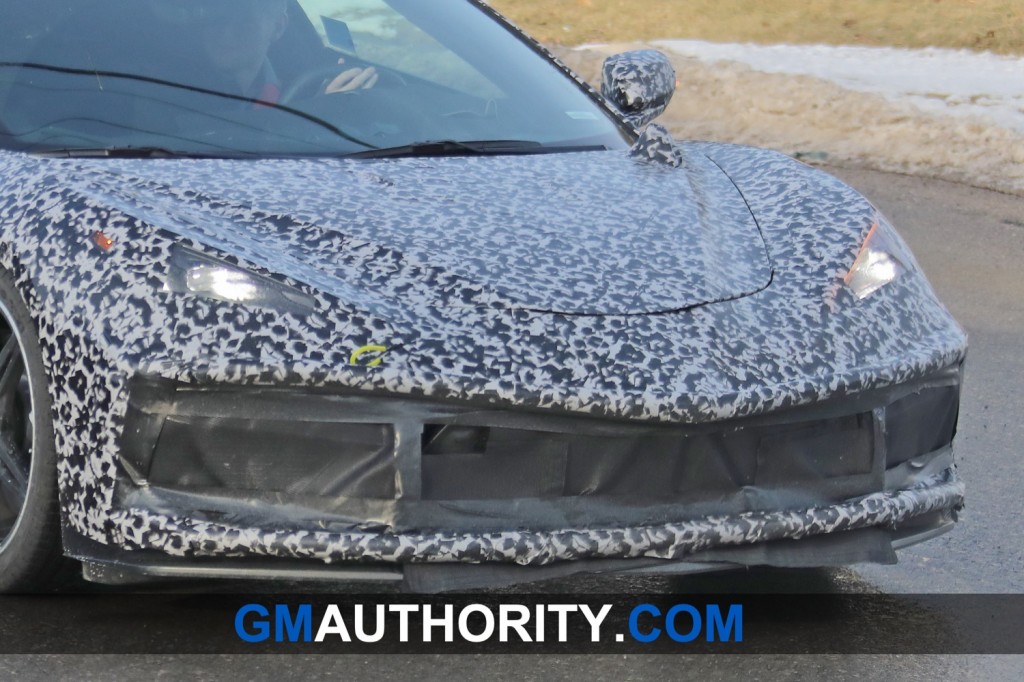 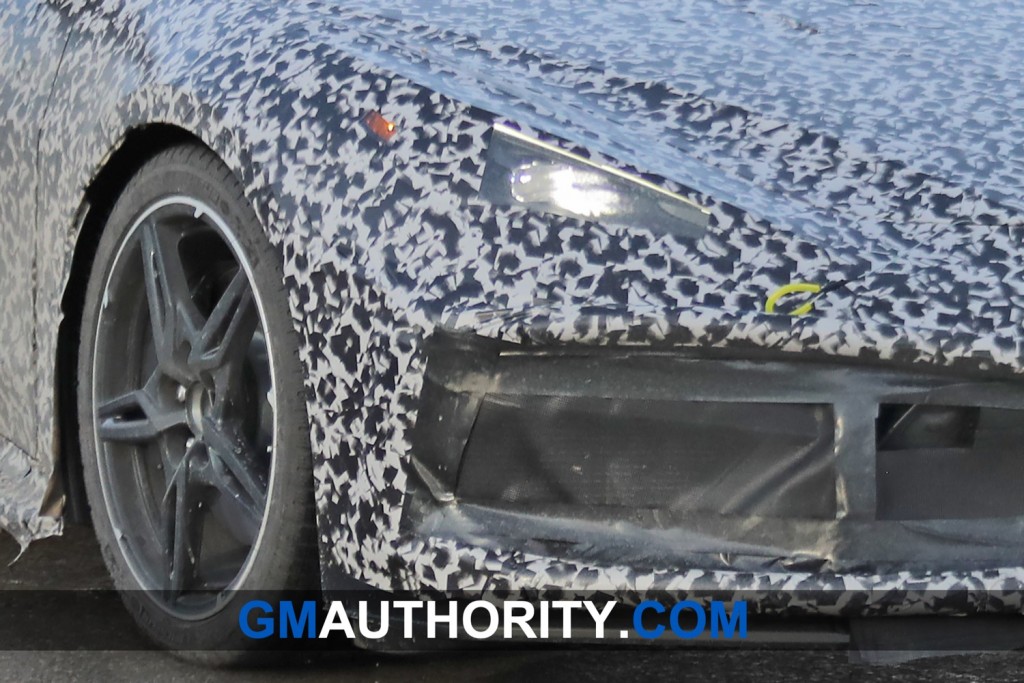 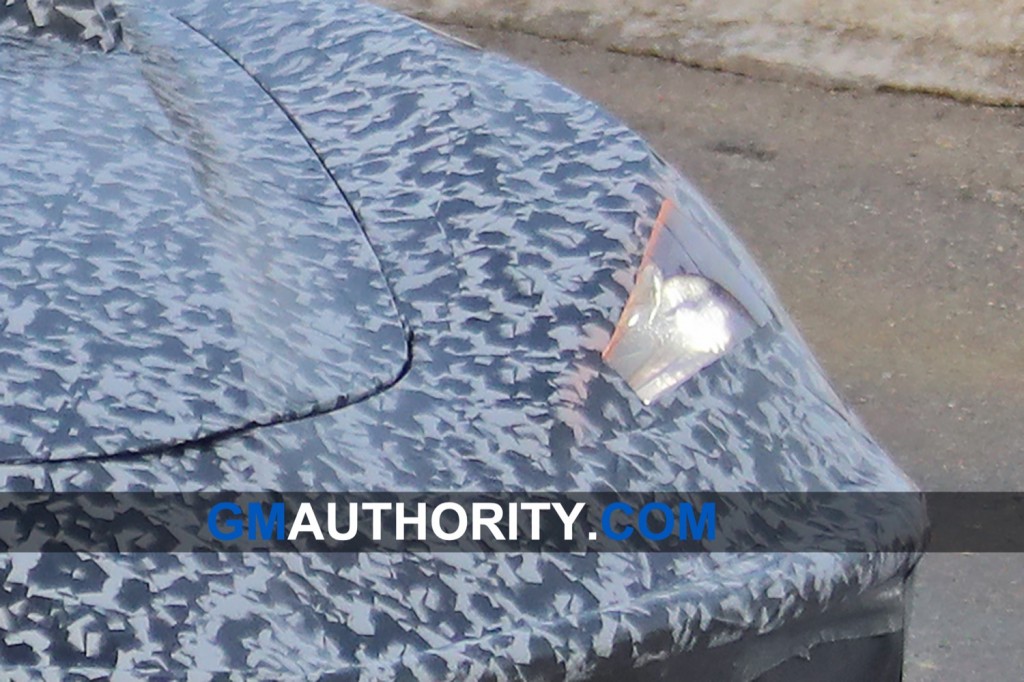 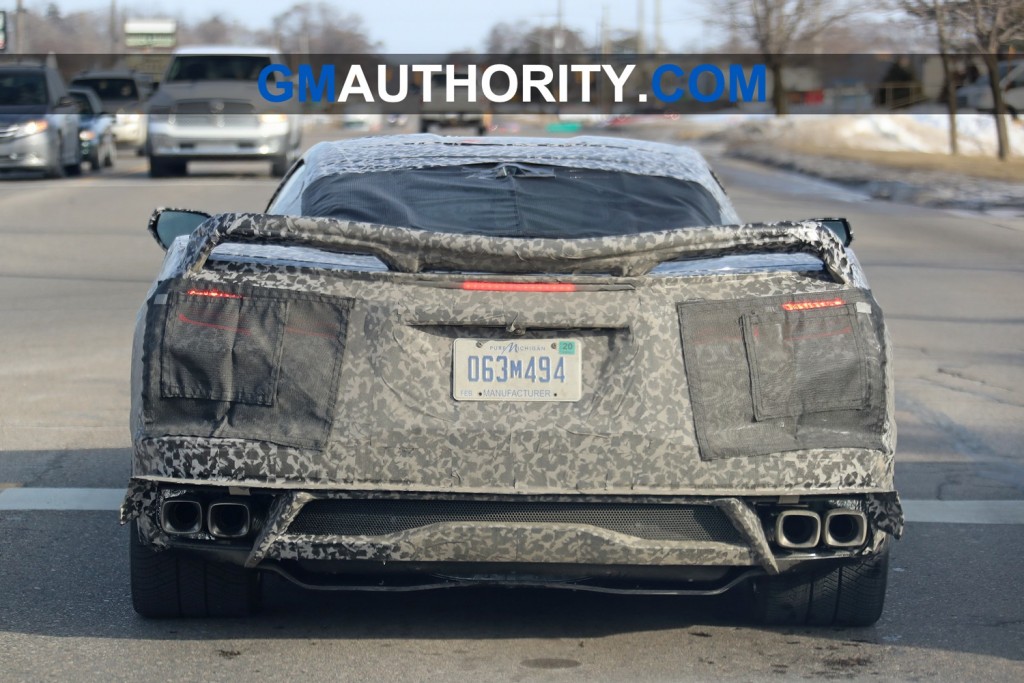 Things get even more interesting out back, as we get our first look at the production-intent taillamps of the mid-engine Corvette C8. The overall design direction of the rear lights seems to be an evolution of those introduced on the current, C7 Corvette – whose taillights feature two vertical LED bars connected by a horizontal unit at the bottom. Like on the C7, the pattern on the C8 is repeated four times on the rear end – twice on the driver’s side, and then again on the passenger side.

This particular tester also appears to have a rather aggressive-looking front fascia, but we believe that this is because it’s missing part of the front clip/bumper cover. Pay no mind to that.

We also don’t know why the prototype is wearing a comms fin on the driver’s side of the hood, near the cowl – but we suspect that it’s there for testing purposes only, and that the production Corvette C8 won’t have a fin in that peculiar location. 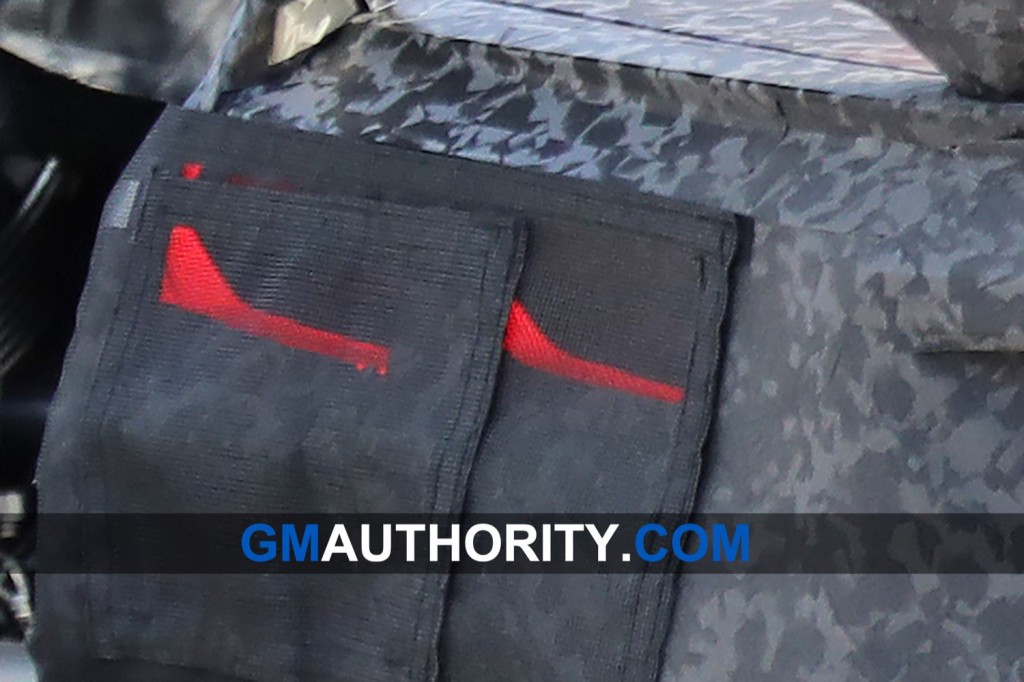