The value movements of GM stock for the week were as follows: 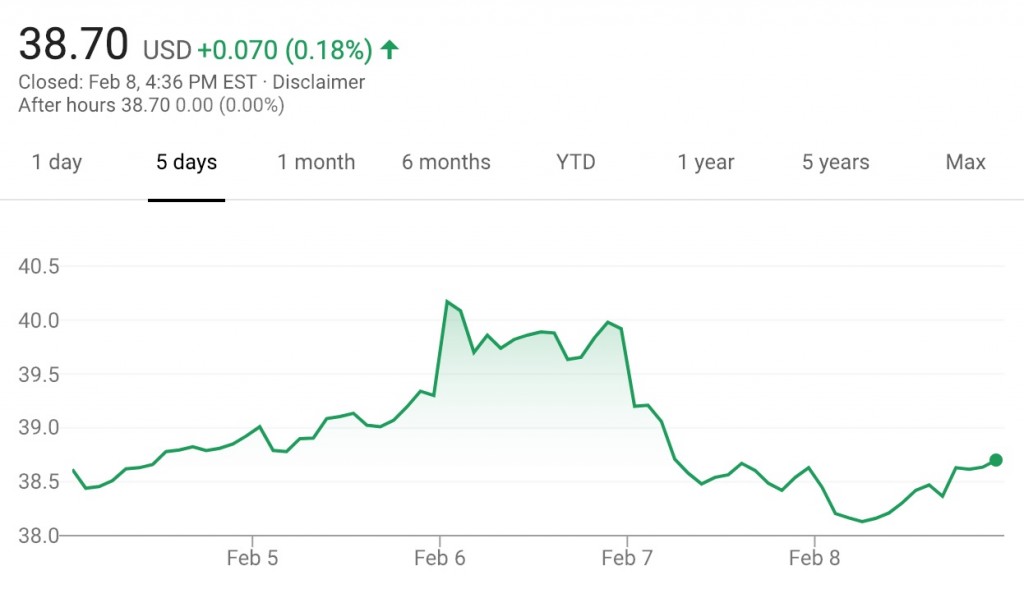 This marks the fifth consecutive week during which GM stock saw an increase in value. Shares jumped to nearly $41 per share on Wednesday before settling back down by the end of the business week.

The rally initially commenced in early January, as GM held an investors conference prior to the start of the Detroit Auto Show during which the automaker presented its strategy for new models intended for developing markets as well as several future Cadillac vehicles, while explaining how both efforts will contribute to its bottom line well into the future. A day later, GM unveiled the Cadillac XT6 “midsize-plus” crossover SUV and pre-announced an electric Cadillac crossover.

Despite these notable moves, the value of GM stock has remained close to the $33 per share value of the “New GM’s” Initial Public Offering (IPO) in November 2010 on the NYSE, a circumstance that has had many an investor frustrated. However, the rally experienced during the past several weeks marks a highly positive development. As one insider tells us, “The iceberg has begun to move.”

Several macroeconomic factors also appear to be aiding the ongoing GM stock rally, including the semi-permanent end of the governmental shutdown.