The value of GM stock surpassed the $40 per share mark on Monday February 25th, 2019. It’s the second time that the value of General Motors shares has reached such heights in 2019, with the first time taking place on February 6th.

Before the market closed on Monday, GM shares reached a high of $40.46 per share and a low of $40.09. The results come after a generally positive earnings report for Q4 2018 and for the entire 2018 calendar year, not to mention promising projections for the near term.

By comparison, The General’s domestic competition doesn’t seem to be enjoying similar success. Ford shares decreased slightly to $8.71 per share while those of Fiat Chrysler fell roughly $0.06. 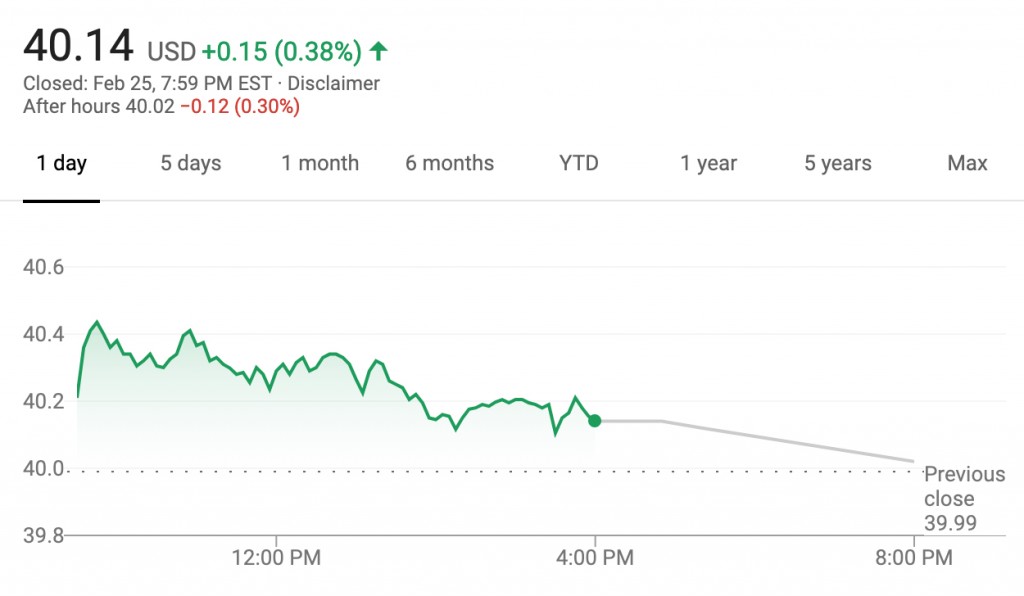 If this positive upward trend continues through the end of the business week, then it would become the eighth consecutive week during which GM stock saw an increase in value. The boost seems to have started following a GM investors conference prior to the start of the 2019 Detroit Auto Show conference. During the conference, the automaker presented its strategy for new models intended for developing markets as well as several future Cadillac vehicles and how they will contribute to its bottom line.

A day after, GM unveiled the all-new Cadillac XT6 three-row luxury crossover SUV and pre-announced an electric Cadillac crossover at the Detroit Auto Show. The former is set to be a significant driver of sales volume, revenue and profit, while the latter will give Cadillac a foothold into the nascent (yet growing) luxury electric vehicle segment.

Several macroeconomic factors also appear to be aiding the ongoing GM stock rally, including the semi-permanent end of the governmental shutdown along with potential movement in the trade conflict with China.