It was only a matter of time after GM introduced the MultiPro tailgate for the 2019 GMC Sierra that another automaker would imitate GMC’s ingenuity. That competitor was the 2019 Ram 1500 with its new barn-style split tailgate system that looks to add functionality in its own unique way. However, not everyone is impressed with Ram’s efforts, including Tim Herrick, executive chief engineer for GM’ full-size pickup trucks. Herrick spoke with The Drive about the automaker’s all-new 2019 Chevrolet Silverado and GMC Sierra while sizing up the competition, too.

Herrick said a ‘barn-door’ style tailgate doesn’t offer enough additional functionality over a traditional tailgate. It’s also not the first time an automaker has used such a design. Herrick said such a tailgate in the past did not earn much acceptance among consumers. GM even considered a barn-style tailgate when developing the next-gen GMC Sierra; however, the automaker ultimately decided against it, opting for the MultiPro design. 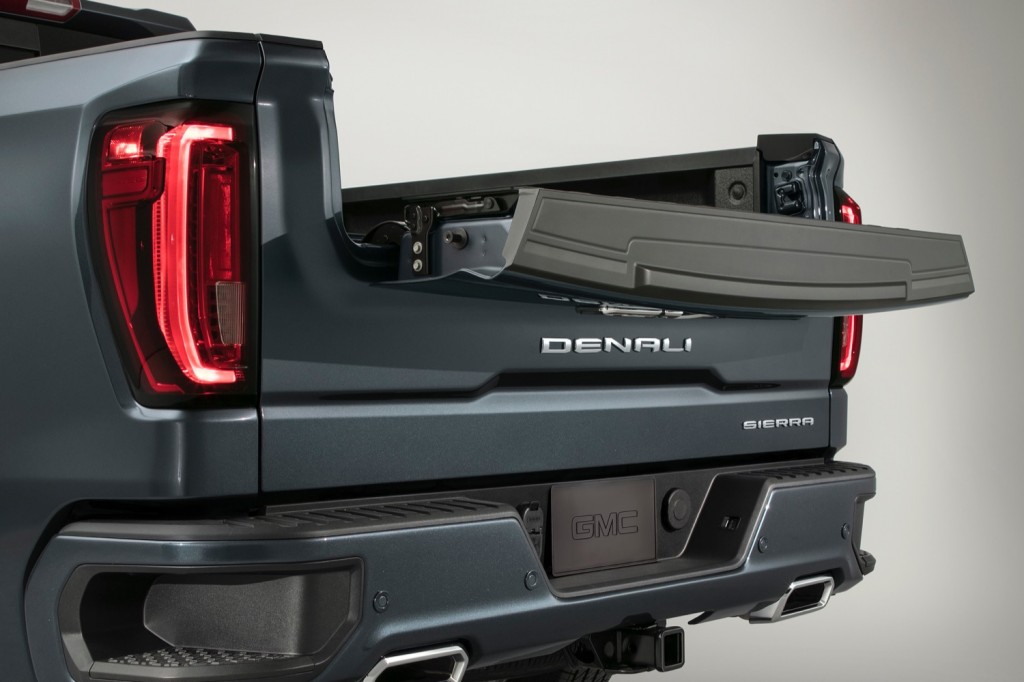 GMC Sierra program engineer Roger Olle touched on why the Sierra didn’t opt for a barn door in the MultiPro tailgate design, and summarized that it’s because it doesn’t package well with a step, which was a major priority for the team. At the same time, the goal of integrating the step was not to compromise functionality.

While the 2019 Ram 1500’s multifunction tailgate lacks a step, one is optional for $295 on top of the $995 required for the barn-door tailgate. However, unlike GMC’s MultiPro tailgate, Ram’s barn-door tailgate is available across the entire 1500 range.

Herrick also touched on Ford and its efforts to electrify the F-150. He mimicked GM CEO Mary Barra’s remarks from earlier this month saying the company believes in an all-electric future. However, he also said he couldn’t comment on future products. There’s no indication the company is developing an electric Silverado. There are rumors, though, the company could invest in Rivian, which introduced the R1T, an electric truck last year.