The Chevrolet Volt is no more.

Production ended earlier this month with General Motors coiling the charging cable one last time. News of the Volt’s demise is disheartening, but at the same time, understandable. The car-buying public is shunning sedans for crossovers, SUVs, and trucks, and cash-conscious Americans no longer have to worry about high gas prices either, making the Chevrolet Volt less and less of a necessity. The final Chevrolet Volt rolled off the Detroit-Hamtramck assembly line Tuesday, February 19, at 10:00 AM not with the whine of an electric motor, but a quiet whoosh heading off to the GM Heritage Center.

A moment of electrified silence.

It’s sad to see the revolutionary Chevrolet Volt disappear from the marketplace, but General Motors contests consumer demand for the plug-in hybrid isn’t there anymore (and probably never really was). The final Chevrolet Volt isn’t some special model with a placard on the dash, either. It’s painted a rather anonymous Mosaic Black Metallic (as pictured above), but with the top-end Premier trim. The front-wheel-drive runabout sports 17-inch wheels, its standard MacPherson strut front suspension and semi-independent compound crank rear suspension. LED headlights, DRLs, and taillights are included on the car. Even certain Cadillacs don’t have LED headlights or DRLs. 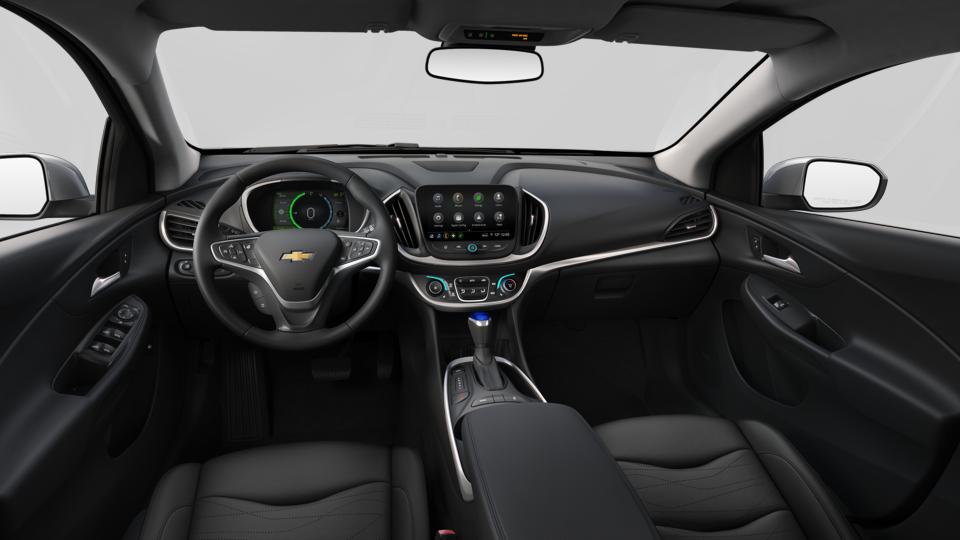 The interior is swathed in Jet Black leather. Features include a leather-wrapped and heated steering wheel, heated front seats, heated rear seats, and the sports pedal kit. An eight-inch touchscreen infotainment screen is standard. It appears the Volt sports the Black Accent Package, which blackens the front and rear bowtie emblems. Also included is the sport pedals, and 17-inch wheels.

It’s sad to see the Chevrolet Volt go. Less than a decade ago, the Volt was billed as the car that’ll not only save General Motors but the automotive industry as well. It’s crazy how much can change in just a few short years. When GM introduced the Volt in 2011, the U.S. was still recovering from the Great Recession which saw millions of Americans lose their jobs, homes, and retirement. Gas prices were sky-high, and the Volt hybrid was GM’s answer to its financial woes from just a few years before.

Except gas prices fell, and the economy recovered. Americans no longer need semi-affordable fuel sippers, hybrids, or electric vehicles. Slow sedan sales overall help kill the Volt even though electrification remains a vital part of GM’s future with the automaker planning to release 20 new EVs by 2023. While the Volt hybrid as we know may be gone, as it no longer fits into GM’s electrified future, the nameplate may return one day.