Fernando Alonso will run the number 66 on his McLaren-Chevrolet entry in the 103rd running of the Indianapolis 500 this May.

While this intel has yet be confirmed by McLaren Racing, the official Indianapolis Motor Speedway online gift shop listed merchandise for sale with the No. 66 on them, although the products appear to have now been taken down.

This number selection appears to be a throwback to the No. 66 Offenhauser-powered McLaren-Penske of Mark Donohue, which won the 1972 Indy 500 and gave the British firm its first win in the 500-mile classic.

This will be the first time the two-time Formula 1 champion has used the 66 in any capacity. He used No. 14 throughout his long Formula 1 career and ran No. 29 on his McLaren-Honda Indy 500 entry in 2017.

Alonso’s previous Indy 500 attempt saw him run near the front of the pack for much of the race before his Honda engine failed with 21 laps to go. McLaren partnered with Andretti Autosport for that attempt, however the team has linked up with fellow British firm Carlin this time around. 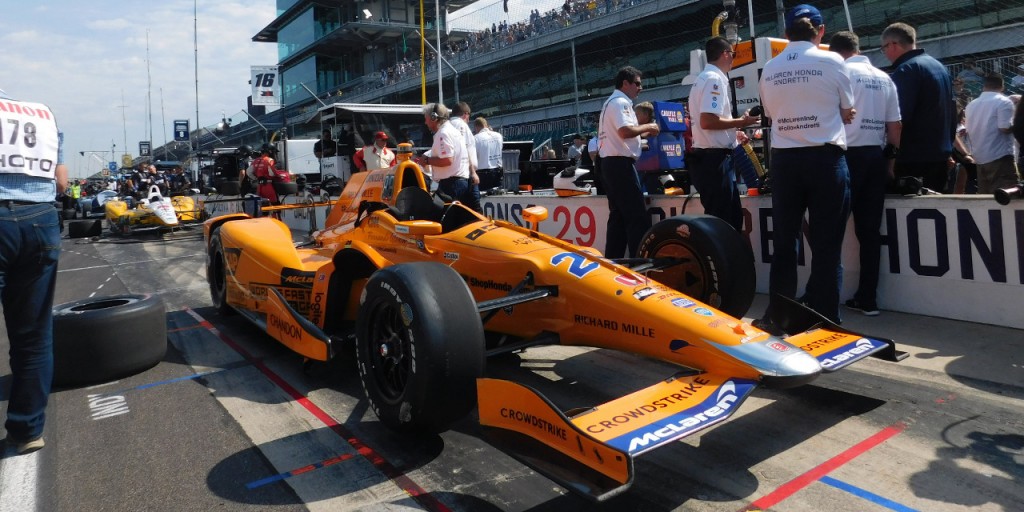 Carlin, which currently fields two full-season entries in the NTT IndyCar Series, is one of four Chevy teams competing in the series this year. With a full season of IndyCar under its belt and several seasons of the IndyLights feeders series, Carlin will lend its technical expertise to McLaren, which has very limited experience in IndyCar in the modern-day.

“They are a good team, and have more experience than we do in IndyCar,” McLaren Racing CEO Zak Brown told F1i in a recent interview. “I want to give McLaren and Fernando the maximum chance at success. Data is king, and having another data point with Carlin, and other reference points to use against our own, is the wisest call.”

Just 90 days to go until this man is back in the cockpit at #Indy500 ???Who’ll be cheering on @alo_oficial on May 26? pic.twitter.com/SfFjxcBQmL