The Chevrolet Suburban (and GMC Suburban once upon a time!) is a true do-it-all vehicle – appropriate for everyone from criminals to law enforcement, contractors to soccer moms, and well, you get the picture.

The Suburban, originally known as the ‘Carryall Suburban’ before GMC later shortened the name to just ‘Suburban’, was introduced in 1935 and has remained a staple of Chevrolet’s lineup ever since. Originally combining a wagon-shaped body with a tough truck frame, the Suburban was appropriate for all types of buyers. The SUV’s split personality is perhaps best exemplified by the Suburban’s rise to popularity following WWII, when many soldiers bought the trucks after having driven or ridden in them while serving overseas. As an in-period Chevy advertisement described the vehicle.. “the Chevrolet Suburban: tough like a truck, but smooth like a wagon.” 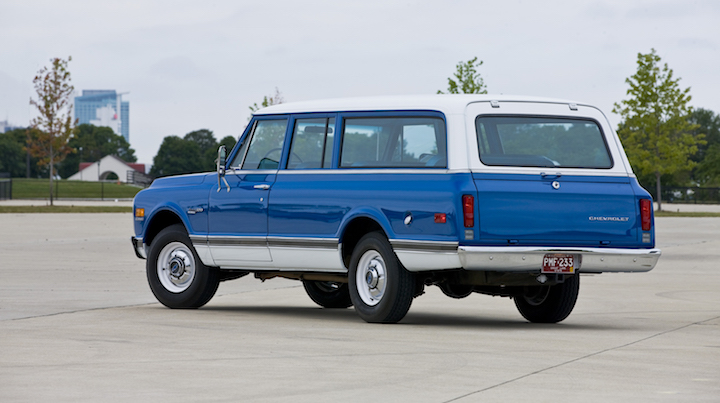 The Suburban is now in its eleventh generation after having received an overhaul in 2015. The SUV is closely related to General Motors’ line of pickup trucks, which recently received an update, so you can expect the new and improved Suburban to debut soon – although it’s not yet clear when this may be. Our intel indicates the next-gen Suburban will arrive in time for the 2020 model year, so we could see the new SUV (along with the next-gen GMC Yukon) sometime before year’s end.

For now, though, you can take a walk down Suburban memory lane with Donut Media’s ‘Up To Speed’ video on the Chevrolet Suburban, which delves into the history of the iconic American SUV and how it has changed over the years. Videos from this humorous series are always high energy, so you may want to adjust your volume beforehand – especially if you’re a headphone user.