President Donal Trump received the findings this week from a US Commerce Department investigation into whether or not imported automobiles pose a national security threat to the United States of America. The government is remaining tight-lipped on the findings of the report, but the European Union is already issuing warnings to the Trump administration with regard to auto tariffs.

Speaking to media in Brussels this week, European Commission spokesperson Margaritis Schinas said the EU would “react in a swift and adequate manner,” if the Trump administration were to impose a tariff on vehicles imported from Europe. According to Bloomberg, auto industry experts expect the report to recommend the US impose a 20 percent to 25 percent import tariff on assembled cars and parts.

Germany would be hit the hardest by auto tarriffs, with Mercedes-Benz, BMW and Volkswagen group all selling a large number of vehicles in the US that are manufactured in the EU. According to Bloomberg, the EU estimates that a 25 percent tariff would add just over $11,000 on average to the price of a car manufactured outside of the United States. 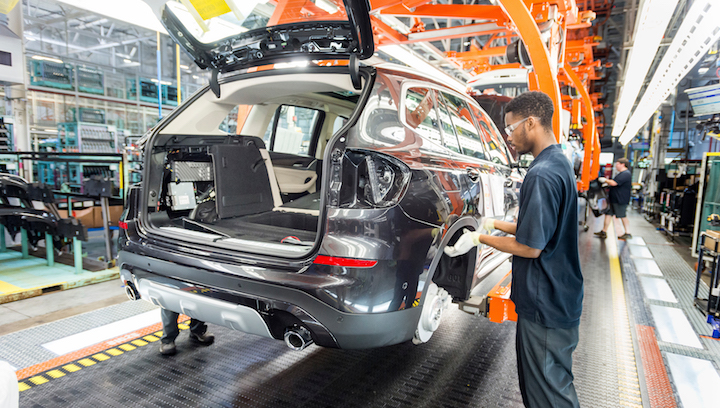 German chancellor Angela Merkel has spoke against the proposed tariffs and referenced BMW’s factory in South Carolina when defending the German auto industry.

“If these cars – which are no less a threat than those built in Bavaria – are suddenly a national security threat to the U.S., then that’s a shock to us,” she said.

According to National Automobile Dealer Association obtained by Bloomberg, auto tariffs could potentially raise the price of domestically-built cars by $2,270 on average, as suppliers are sometimes located abroad.

The Trump administration has 90 days to decide whether or not to act on the findings of the US Commerce Department report.