What was previously just a rumor is now official: Corvette Racing will race in both the WEC 1,000 Miles of Sebring and the IMSA 12 Hours of Sebring next month.

The American squad has confirmed it will field a single-car entry in the upcoming WEC round at Sebring, with Antonio Garcia, Jan Magnussen and Mike Rockenfeller set to pilot the No. 64 Corvette C7.R in the race.

The team will field its usual two-car effort in the IMSA 12 Hours of Sebring the day after, with Garcia/Magnussen/Rockenfeller sharing the No. 3 car and Oliver Gavin, Tommy Milner and Marcel Fassler in the No. 4 car.

“I’ve never driven in two races like this on the same weekend. So it’s something I’m looking forward to,” Magnussen said in a statement. “Everyone at Chevrolet and Corvette Racing enjoys coming to Sebring and testing ourselves against the best in the sport. We have two chances to do that now! The preparation level has been high as we’ve had to train and ready ourselves more than ever. We have a solid lineup, a great team behind us and obviously a very solid and very strong Corvette that we know very well. I think all three of us drivers will be extra sore come Sunday after the race but that’s the allure of Sebring. You get to push and punish yourself like no other time during the year.” 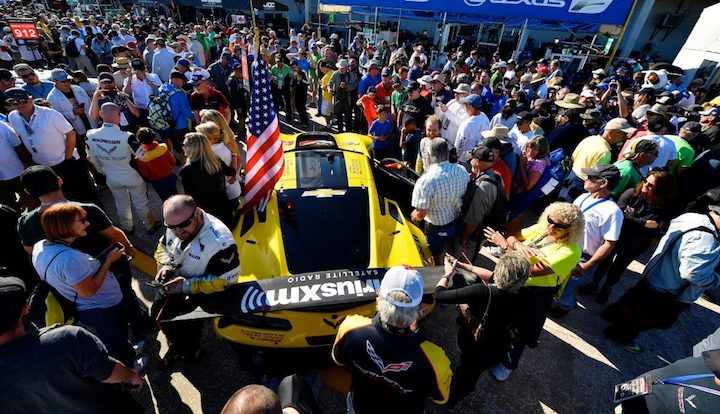 Corvette Racing will have contested four of the WEC’s eight 2018-2019 ‘Super Season’ rounds when it concludes with the running of the 24 Hours of Le Mans in June. The team made its usual appearance at Le Mans last year and followed it up with a surprise outing to the 6 Hours of Shanghai in the fall. It is believed that the third chassis it used in Shanghai is the same car it will race in Sebring, leaving a pair of fresh cars for the IMSA race the following day.