The Chevrolet Silverado will play a big part in this weekend’s Daytona 500.

As part of its marketing push for the new-generation pickup, Chevrolet is advertising the 2019 Silverado in a big way in Florida this week.

For starters, the 2019 Silverado is set to lead the Daytona 500 field to green for the first time ever on Sunday. Behind the wheel of the Silverado pace truck, which will be outfitted with Daytona 500 graphics and safety lights, will be NASCAR star and Chevy ambassador Dale Earnhardt Jr.

General Motors is also rather proud of the fact that the 420 hp 6.2-liter V8 Silverado won’t need any modifications whatsoever to pace a field of race cars – apart from the necessary safety lights and equipment. 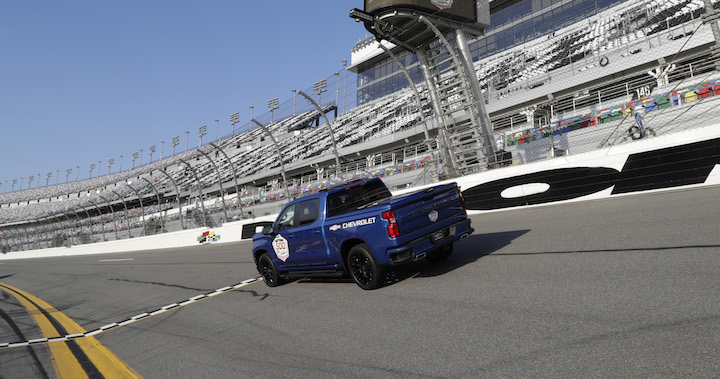 Another interesting effort from the Silverado team will be the so-called ‘Hotel Silverado’ initiative, which will enable Joey Miller and his family to camp out at the Chevrolet Experience Center at the
Daytona infield in the bed of a Silverado. Miller has raised a significant amount of donations for cancer research for the American Cancer Society and is being hosted at Daytona as part of the Chevy Cares program. 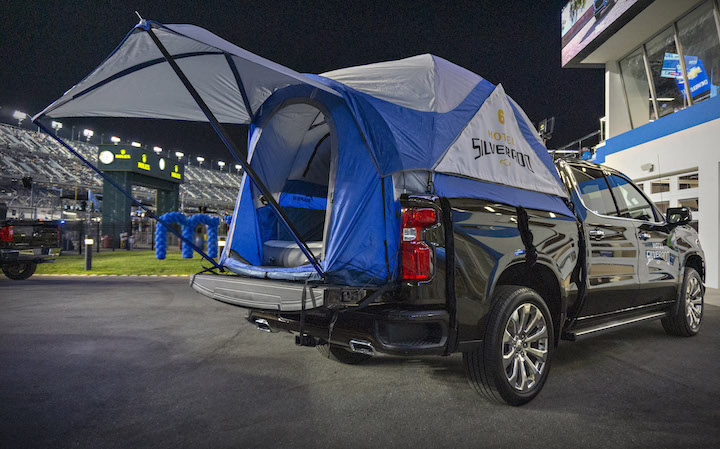 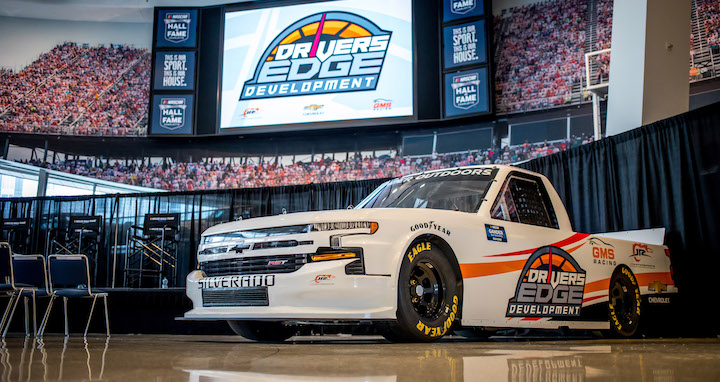 “The Daytona 500 weekend is home to some of the most memorable moments in racing,” Chevy motorsports boss Jim Campbell said. “This is an exciting opportunity to introduce the strongest, most advanced Silverado ever to race fans all weekend long.”

GM Authority will be in attendance at the 2019 Daytona 500 and will be providing coverage of the race weekend, so stay tuned for more Daytona 500 news. The race will go green shortly after 2:30 p.m. ET on Sunday, February 17th.