The start-up animation that will appear on the digital dash display of the C8 mid engine Corvette has allegedly leaked online.

GM-Trucks.com managed to acquire a video file of the start-up animation, making for yet another major leak out of the GM skunkworks.

Short and simple, the digital clip flashes the new Corvette badge badge and the ‘Corvette’ script, which features the words ‘By Chevrolet‘ underneath.

The animation also reveals a new blacked out version of the revised C8 Corvette badge, which we first saw when a photo of the supercar’s key fob leaked online last year.

It’s impossible to confirm this leak’s validity, but it does appear to be the real deal. Thanks to previous leaks, we know the mid engine Corvette is set to introduce this revised Corvette two flags badge. It doesn’t seem very likely that someone would go through the trouble of mocking up a fake animation like this, either.

GM-Trucks.com says it does not want to comment publicly on how it acquired this video clip, but it was allegedly “collected from a publicly available file by a third party and passed along,” to the website. 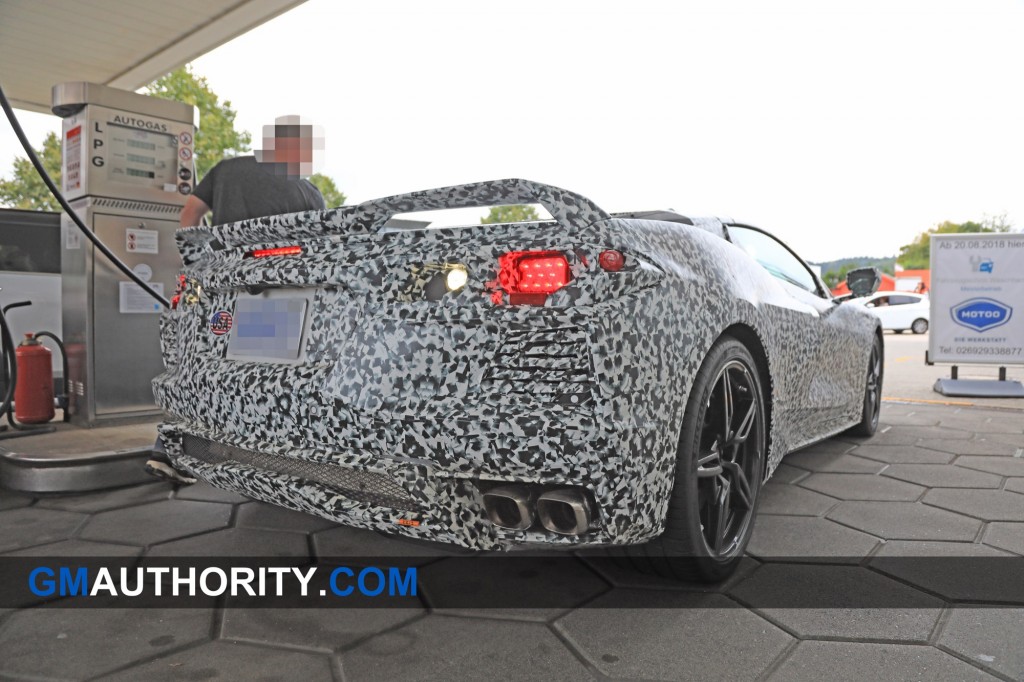 A close-up photo of a prototype for the road-going C8 Corvette.