The all-new Kia Telluride debuted last month as the Korean brand’s largest utility yet. Designed specifically for the U.S. market, the full-size crossover will be built in the state of Georgia and will be a direct rival to GM’s Chevrolet Traverse in the full-size, three-row crossover SUV space.

Let’s take a closer look at what the Chevy Traverse will be up against when the Telluride launches later this year. 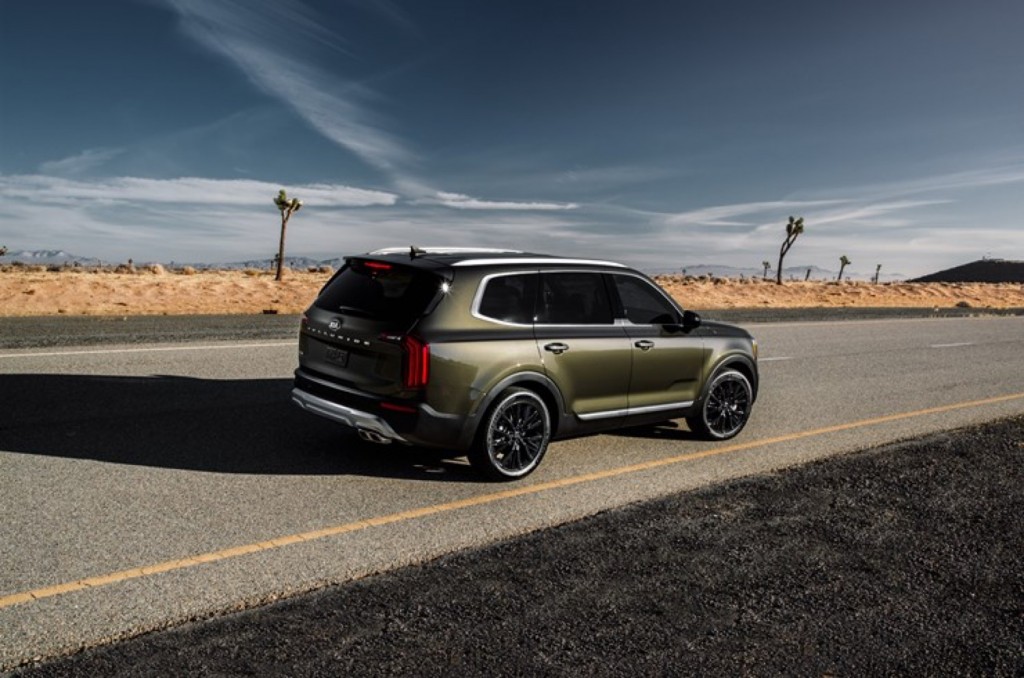 As a full-size CUV, the 2020 Kia Telluride will slot above the mid-size Kia Sorento, offering a more spacious cabin that can seat up to eight people comfortably. The Telluride also measures several inches longer and wider than the Sorento. We should also note that Kia also offers will the Sedona minivan as part of its lineup.

With the Telluride directly entering the full-size space to take on the Traverse, the Kia Sorento will then directly take on the Chevrolet Blazer. The strategy seems to mimic the strategy undertaken by Kia parent, Hyundai: it introduced the all-new Palisade as a full-size, three-row crossover, while repositioning the Santa Fe as a midsize, two-row crossover. 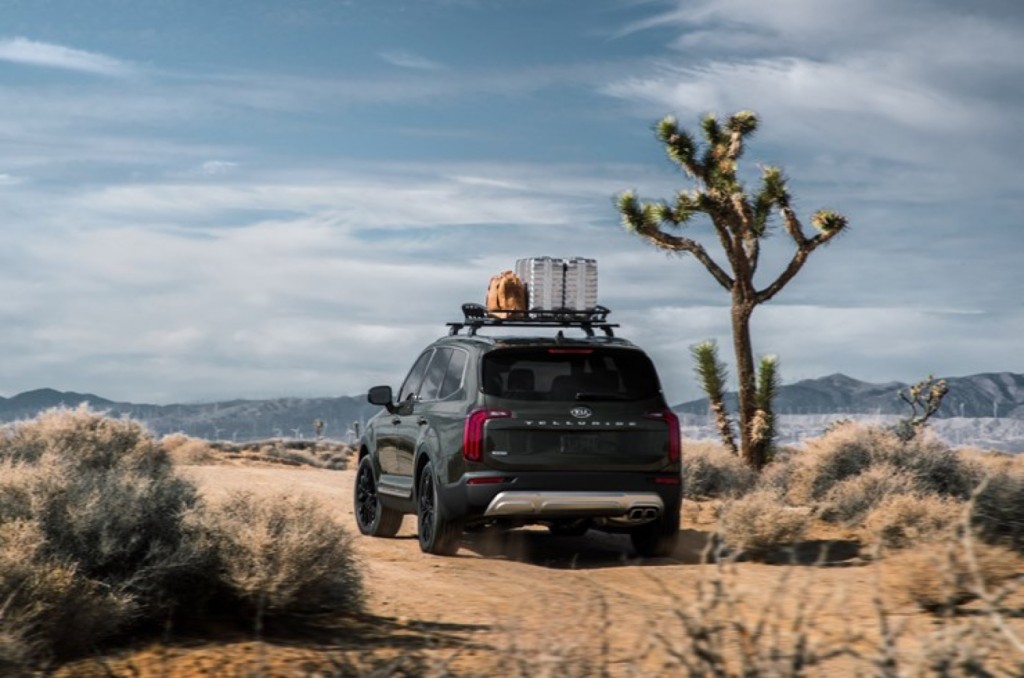 The Telluride is the biggest SUV Kia has ever offered. It boasts a bold, boxy and rugged exterior styling. The main design cues include a long, broad hood and wide grille with stacked headlights. The upright windshield and clean side profile emits a “can-do” attitude and looks ready to take on any road. The inverted “L” taillights include LED stripes some trim levels.

There is also a sculpted skid plate at the rear with integrated exhaust tips. The elongated nameplates on the edge of the hood and liftgate remind everyone of the name. 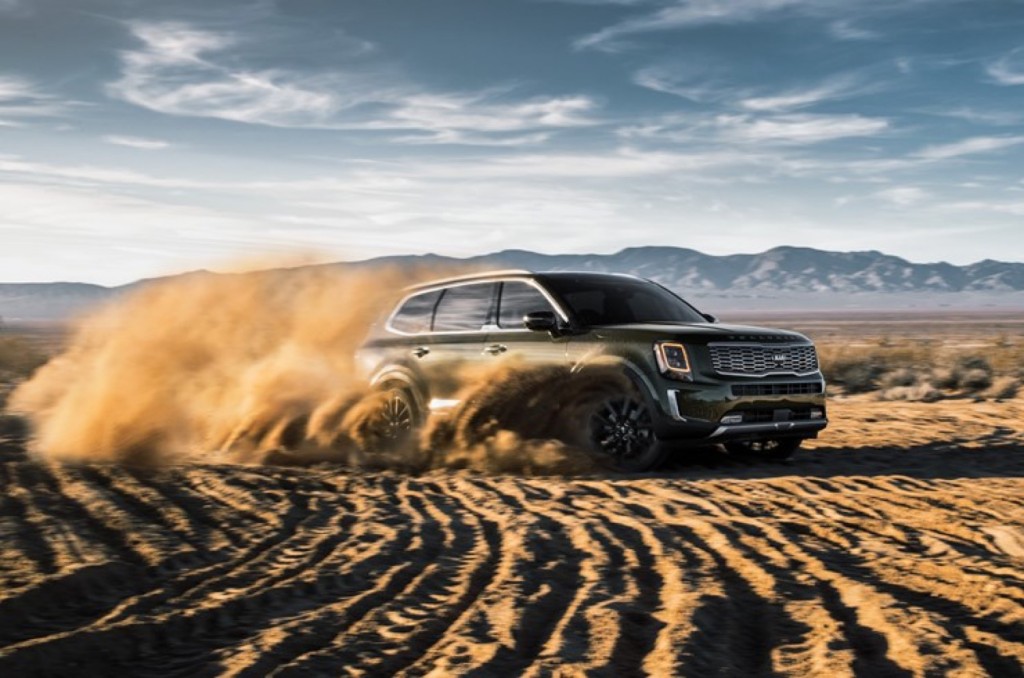 Inside, a luxurious cabin features the expected set of technologies, creature comforts and safety features, along with a few standouts.

The leather-wrapped, tilt and telescoping four-spoke steering wheel can be heated. Other available features include heated and ventilated seats for all three rows, separate rear climate control, and reclining third-row seats. 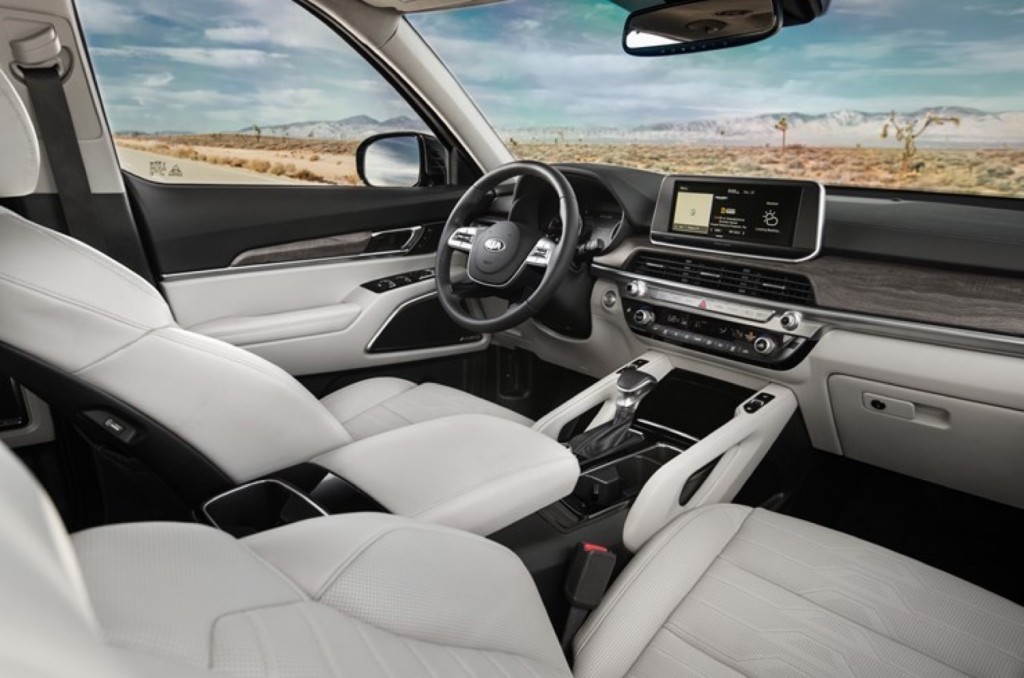 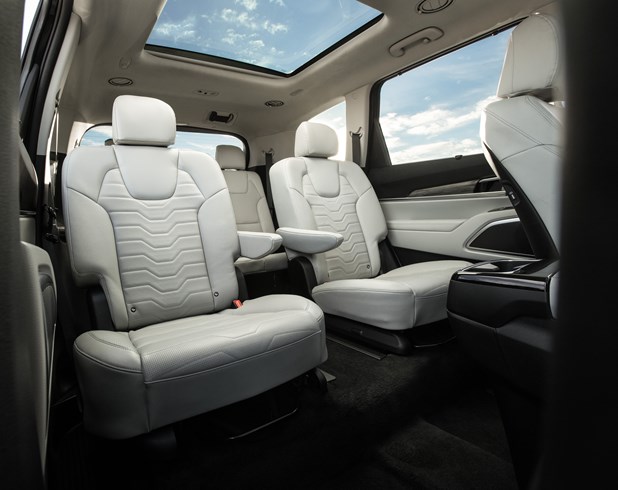 Under the hood, the new Kia Telluride comes standard with a 3.8L V6 GDI engine with an Atkinson Cycle setup making 291 horsepower and 262 pound-feet of torque. An eight-speed automatic transmission sends the power out to the front wheels in the standard setup. An available on-demand all-wheel-drive system with electro-hydraulic coupling can further split that power to be 65-to-35 between the front and rear wheels. The power combines with the Telluride’s rigid, high-strength steel monocoque shell to deliver a tow rating of up to 5,000 pounds.

One interesting feature is the self-leveling rear suspension. Optional on the EX and SX trims, it automatically calibrates ride height depending on vehicle load in order to optimize ride control and stability. 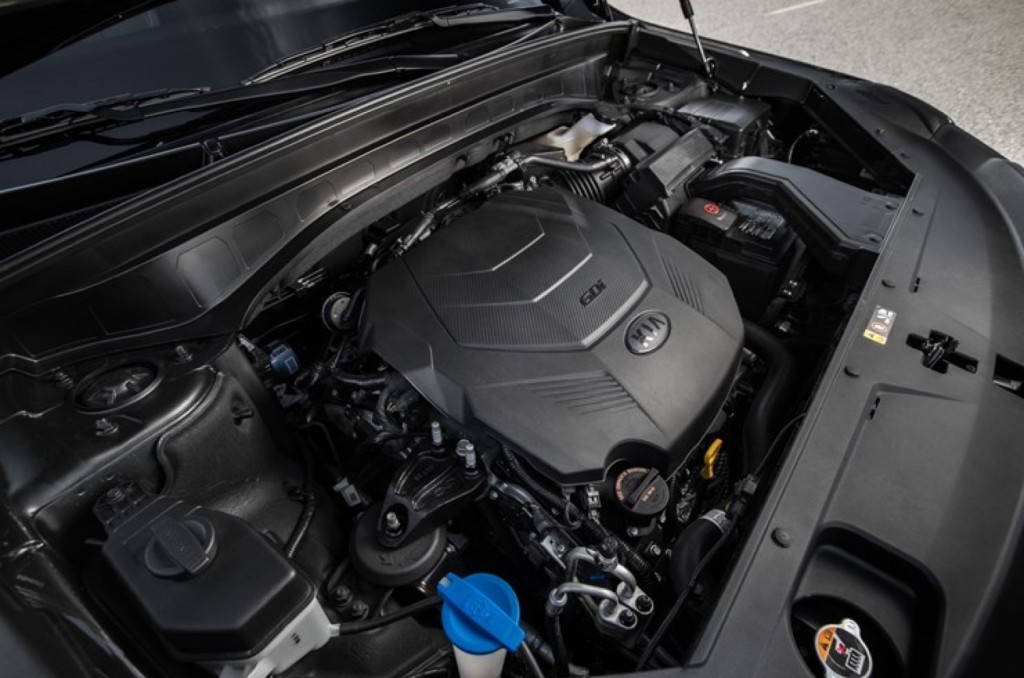 The Telluride is engineered to perform in a variety of different conditions while offering a confident and enjoyable driving experience. Four drive modes – Smart, Eco, Sport, and Comfort – individually adjust the steering effort and power delivery to fit the driver’s needs. There’s even an all-wheel-drive differential lock for tougher terrains, and a Downhill Brake Control (DBC) that maintains a controlled descent on steep roads.

The new Kia Telluride will be offered in four trim levels: LX, EX, S, and SX. Exact packaging details and pricing have not yet been announced. 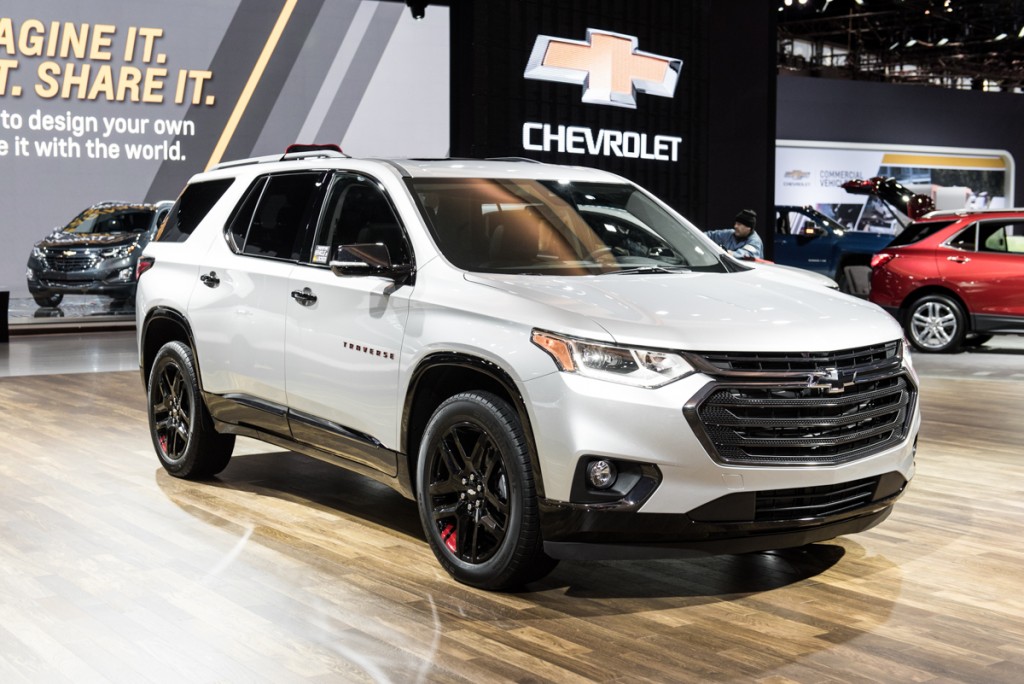 The full-size, mainstream crossover SUV segment is heating up with competent new entrants like the new Kia Telluride, which appears to be an attractive, competent, value-laden and competent offering with some unique styling flair that, at first glance, seems to stack up rather well against the Traverse.

Over the past 18 months, four automakers have entered the space, including Hyundai with the aforementioned Palisade, Volkswagen with the Atlas, Subaru and its Ascent, and this here Kia Telluride. Meanwhile, the segment sales leader – the Ford Explorer – just got a complete overhaul for the 2020 model year. All that mens that the Traverse, itself an attractive and well-rounded product, will have to fight harder to earn sales in this increasingly competitive segment. 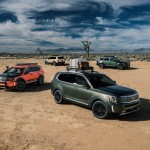 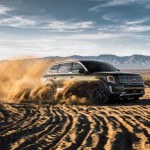 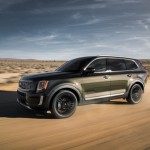 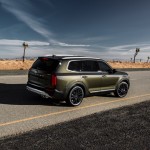 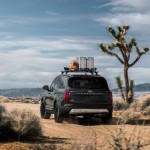 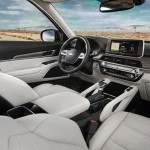 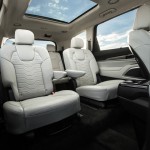 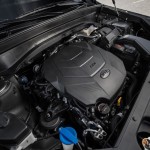